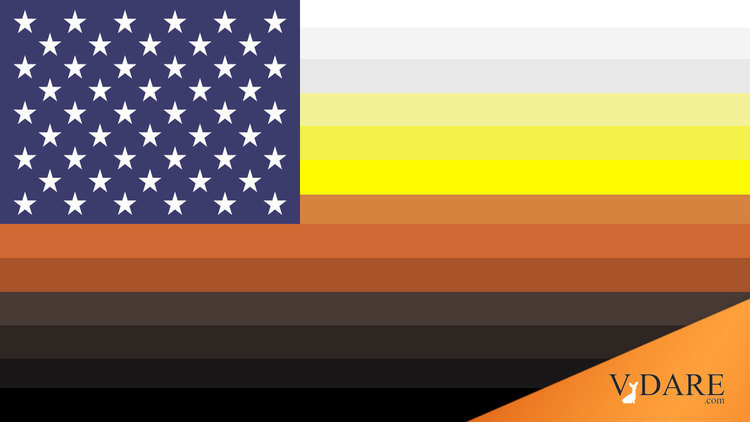 The 1964 Civil Rights Act was passed to reaffirm the constitutional requirement of equality in law. Paradoxically, the Civil Rights Act destroyed equality in law and put in place a caste system. The lack of response by the U.S. Department of Justice to outbreaks of black-on-white violence in Seattle, Washington, and Cincinnati, Ohio, reveals an entrenched racial caste system.

Earlier this year in Seattle, roving bands of black men brutally attacked whites during a Mardi Gras celebration. Many incidents were captured on video and in photographs. "Blacks attacked us because we were white," the victims reported. Yet, according to the Seattle police, the U.S. Department of Justice made no inquiry into the racially motivated violence.

In April the pattern repeated in Cincinnati. Blacks went on a rampage of racial violence, looting white businesses, destroying white property and brutally beating white people. Robert Stearns, a white truck driver, was chased by a black mob screaming "kill the white man" and barely escaped with his life. Mr. Stearns says that he is yet to hear from the Justice Department about the racially motivated violation of his civil rights.

From the standpoint of the U.S. Department of Justice, nothing a black does to a white constitutes a civil rights violation or a hate crime. In Cincinnati the Justice Department is investigating only the Cincinnati police for shooting a fleeing black suspect who ignored police orders to halt and for firing a bean bag filled with pellets at a black woman during a protest that turned violent.

In the United States, civil rights law has become race-based caste law. It gives privileges and exemptions to "preferred minorities" on the basis of skin color. Because of skin color, university admission standards are set aside, grades are raised, promotions are made, low-bid contracting is waived, white students are muzzled, and rampaging blacks can beat whites senseless without violating their civil rights or committing a hate crime.

Despite these obvious facts, university professors base their careers on teaching students that law is nothing but a codification of the interests of the white hegemonic power structure. In the U.S. today guilt is heaped on whites just as it was assigned to Jews in pre-World War II Germany. Just as Jews remained "hegemonic" as they were carted off to gas chambers, American whites are still "hegemonic" even after becoming second class citizens in law.

The legal double standard created by U.S. civil rights enforcement is the greatest disaster of our age. The reason is not, as is so often said, that preferential treatment makes Americans suspicious of black achievements. The reason is that equality in law, the basis of our society, is a principle that took a thousand years to achieve. This principle has been thrown out in the interest of "minority progress."

American liberty is being destroyed by Marxist doctrines that explain society in terms of hegemonic and oppressed groups, whether classes, races or genders, fighting for suzerainty. In these societies spun out of Marxist theorizing, good will does not exist, only the material interests of warring groups. Morality resides in the oppressed, but if the oppressed succeed in becoming hegemonic, their claim to moral supremacy evaporates.

Americans laugh off these politically correct doctrines and regard them as a joke. But these doctrines have captured the Civil Rights Division of the Justice Department and the commanding heights in the universities. It is no laughing matter to have one set of laws for whites and another for "people of color."