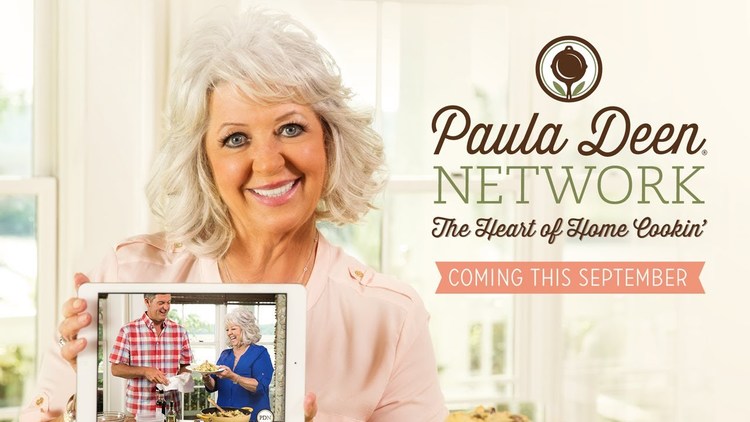 The soft tyranny of Political Correctness is steadily transforming into outright Cultural Marxist totalitarianism – and it is starting on QVC.

Legal changes are part of it. The hapless “conservative” movement met with three decisive defeats in one week in the “Culture War” it’s been losing for decades. In the name of equality, the Supreme Court ruled the Defense of Marriage Act unconstitutional, to the hypocritical cheers of those who had put it into law. Of course, though equality is great when it comes to gay marriage, the Supreme Court also decreed that anti-white (and anti-Asian) racial preferences continue.

More importantly, the Senate voted to pass a nation-breaking amnesty, though that battle is really just beginning.

However, the most critical milestone in America's transformation from a First World free country into just another Third World dystopia may be the Soviet-style Show Trial of a beloved southern chef and entrepreneur: Paula Deen.

Deen's fall from grace is just another example of the never-ending assault by the managerial elite through its Main Stream media megaphone on all things Southern. Of course, as the late Sam Francis wrote repeatedly, attacks on the South are simply a proxy for attacks on the historic American nation.

The annihilation of Deen's career and reputation has been staggering to behold. She has been fired from the Food Network. Though she backed Barack Obama in both 2008 and 20012, she’s been dropped by corporate sponsors like Wal-Mart, Target, Home Depot, Novo Nordisk, Smithfield Foods, and Caesar Entertainment Corporation.

As anyone who reads the comments section of online news articles could have predicted, there was a backlash. Even as the MSM endeavored to destroy her, Deen's cookbook rocketed to #1 on Amazon. Incredibly, the PC frenzy may have made her more popular.

However, her publishing company, Ballantine Books, despite literally possessing a number 1 best seller, fired her as well. This gives the lie to anyone who thinks that big business and Main Stream Media's principal interest is simply “making money.”

What exactly did Paula Deen do? What horrible crime did she commit to justify the destruction of an entire life? Why is she seen as some lethal combination of Dog the Bounty Hunter, Mel Gibson, and the chain-smoking ghost of Marge Schott?

She used the word n—-r…back in 1986. [VDARE.com note: we redact this kind of thing, not as a moral judgment, but because we already have quite enough trouble with corporate censorware.]

Yes, she said the word n—-r back in 1986—when Top Gun was ruling the cinema and the recently deceased Whitney Houston’s self-titled album  was at the top of the Billboard charts.

And though the former Seinfeld star used the word repeatedly, in public, in an ill-advised stand-up comedy routine gone wrong, Deen made her admission in a deposition under oath. When asked if she used the word:

“Deen says “of course I have,” used the word in the past, once in reference to a man who robbed her bank when she was a teller in 1986. She also said that she hasn’t used it as a joke and doesn’t use the word anymore.” [Paula Deen admits to using the word 'n—-r', By Kurt Nice, Hip Hop Lives Magazine,  June 22, 2013]

In 1986, Michael Jackson was still alive (and black), the Berlin Wall still stood, and no one cared that the Confederate Flag was on the General Lee. And a 41-year-old Paula Deen once used the word n—-r to describe the black male who robbed the bank where she was employed.

Now, in 2013, we are witness to a show trial that would make even Joseph Stalin blush, for Paula Deen is being roasted alive for one word she used in 1986.

However, Tarantino's almost fanatical hatred and blood lust against Southern whites allows him to get away with using the word he's been deploying in scripts he’s written and movies he’s directed since 1992’s “True Romance.”

And blacks—of course—are also allowed to use the word for entertainment value, as often and as publicly as possible.

Like all real show trials, the government is at the heart of it.

And of course, just like in the Soviet show trials, the audience howls for blood. The acerbic defender of the redneck, Jim Goad, wrote at TakiMag.com that in the wake of initial mea culpa’s by Deen, many in the establishment, corporate press smelled blood in the water:

On CNN, a gay Jewish man named Howard Bragman relished Deen’s downfall in a manner that was borderline psychotic:

And the day she dies, this will be in her obituary. She has to wear the stain the rest of her life and she’s earned it.

In a rant reeking of anti-goyishe animus, sports writer Dan Bernstein calls Deen an “Ugly Racist” who peddles “lowbrow, redneck garbage” and indulges in “downright inhuman behavior” while appealing to “diabetic simpletons.” Apparently able to read minds, he states it as a “fact” that “Paula Deen just flatly, clearly, undeniably views blacks as lesser people, if entirely human at all.”

The Christian Science Monitor glumly pondered whether it was possible to say anything positive about Southern history and cuisine without conjuring the smelly taint of bigotry, hatred, hateful bigotry, and bigoted hatefulness.

The only question: should Paula Deen be forced into the outer darkness or should she be paraded before the nation for further humiliation?

“She knows exactly where she screwed up and why, and to have to face that with the whole country watching? Just imagine it: with no pause for “reflection,” with the eyes of a multiracial nation upon her and “the N-word” like a yoke around her neck...Then, when she screws up, make her go back and do it again.”

The great southern writer William Faulkner famously said, “"The past is never dead. It's not even past."

The show trial of Deen is an attempt by the America’s Ruling Class to wash the mouths of millions of white people with a bar of extra-tolerance soap, spreading white guilt across the land with the public take-down of one of the most famous female faces on television.

It's an attempt to do to Paula Deen what they did to John Rocker, pour encourager les autres. (Once one of baseball's top closers, a 1999 interview with Sports Illustrated turned John Rocker into a hate figure for the international media. )

Perhaps there’s something in the Georgia water—Deen is from Savannah; Rocker hails from Macon.

But just as the attempted public execution of Rocker backfired—he was cheered when he returned to Atlanta following a short suspension for his comments and now writes some incredibly provocative commentary for WND.com—the Show Trial of Deen is turning into something else entirely.

Sure, she apologized on national television.

But her books are shooting to No. 1 on Amazon.com; the Facebook pages of companies that dumped Deen are being inundated by angry fans; and a Facebook page with 513,000+ fans supporting Paula Deen has sprung up almost overnight.

One day, perhaps in the not-too-distant future, one of these Show trials is truly going to blow up in the Ruling Class’s face. Instead of a tearful, groveling apology, a famous-now-infamous figure who has said the “wrong” thing is going to double down with a defiant, “Go to hell.”

And then Americans will feel like they can speak up as well.

As the Amnesty/ Immigration Surge bill shows, Americans already know the elites hate them. It will only take one Show Trial gone wrong for the elite to learn how much the historic American nation hates them back.

Paul Kersey[Email him] is the author of the blog SBPDL, and has published the books SBPDL Year One, Hollywood in Blackface and Escape From Detroit, Opiate of America: College Football in Black and White and  Second City Confidential: The Black Experience in Chicagoland. His latest book is The Tragic City: Birmingham 1963-2013 .