An American Immigrant To Ukraine Praises Its Immigration Policy

Thirteen years ago I emigrated from the U.S. to Ukraine, a country with a sensibly restrictive policy on immigration. Though the standard of living may be low by North American and Western European standards, the quality of life remains good. The lack of mass immigration is largely responsible. Ukraine today is like the America that has ebbed away since my childhood.

As a member of the Silent Generation—born in 1942—I was always one step ahead of the onrushing catastrophe that is multiculturalism. Straight, white, and male, bereft of connections, I was nonetheless allowed to succeed on my own merits. Though their politics were generally liberal, Berkeley professors did not let politics color their assessment of my performance. Bosses judged me only on the quality of my work.

But, as Bob Dylan expressed in song, change was in the wind. Droves of students from the northern suburbs traveled to instruct Southerners on the proper way to deal with race. Blacks in turn rioted—as a member of the National Guard I carried a gun in the Watts area of Los Angeles in 1965 and in San Francisco in 1966.

By the late 1970s, it took no genius to observe that large employers such as mine, IBM, were favoring minorities and women in hiring and promotion. However, talented men of my generation—a small birth cohort coming-of-age at a time when college education was at a premium—found it easy to move. I simply started my own computer consulting business.

But the rug was pulled out from under traditional American men younger than me. The elites—themselves often descendents of immigrants from Eastern Europe—pushed an ideology of diversity and multiculturalism that ascribed any difference in outcomes in the lottery of life (excluding theirs—they presumed themselves entitled by intelligence and self-assessed virtue to the best positions in society) to racism and sexism. White Americans following me were less able to escape the onrushing wave. The good jobs went to everybody else.

The elite bien pensants effectively put forth the notion that America’s “Magic Dirt” would make any immigrant successful. So they opened the floodgates in 1965, claiming with a straight face and crossed fingers that it would not change the character of the country. But it has done so radically. Immigration has been bad for those of us already there—as it has been almost everywhere, every time, every place in history. Which leads to the story of my departure.

Just into the new millennium I divorced, as my collegiate children, steeped in Cultural Marxism, abandoned their father and showed no promise of success (or grandchildren). I found in moving to Ukraine much of what was good in the America of my youth, some of which might somehow be regained, and the lack of which contributed to my adult children’s failure.

I married a Ukrainian woman in 2010 and we now have three children, nine, three and two months (see picture below). 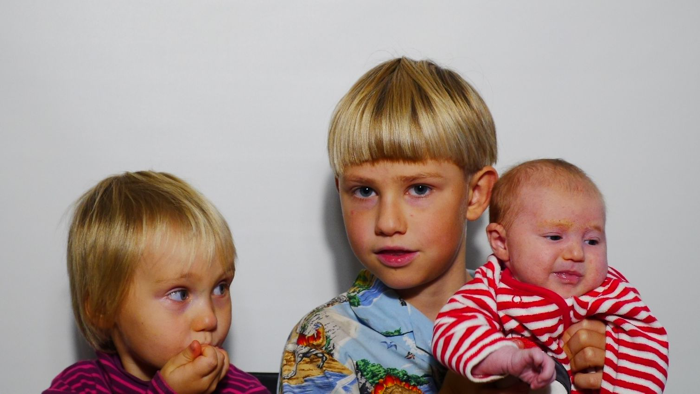 Ukrainians adore my children. They chat them up on the bus. To their mother’s horror, they lavish candy on them. They lecture me with reproachful frowns when they believe I have underdressed them for the weather. They take a proprietary interest, instinctively protecting the young of their tribe.

To Latina ladies in the U.S. who babysat my failed first family, it was just a job. They did not—could not—socialize my kids to be Americans. If kids left messes, told lies or mispronounced words, the nannies did not feel it their place to correct them. In contrast, our Ukrainian babysitter is truly like a third parent, and perhaps the most conscientious of all. These children will grow up with Ukrainian values, fortuitously similar to traditional American values.

I mentioned the bus. Cars, from jalopies to Mercedes, were an essential part of my American life. We needed them because (1) we tend to live in the suburbs, where “the schools are good,” never mentioning that this is due to the fact that the students are like our children; and (2) public transit is slow, unreliable, dangerous and expensive for reasons that also must not be spoken: the drivers, ridership and even management are mostly not people like us.

Here in the Ukraine, I have never driven. Without minorities to escape from, Kyiv has remained a compact, vertical city, four million people within a 15-mile diameter, within which public transportation works fantastically well. Non-unionized, with a middle-class ridership, the maximum fare for jitney, bus, tram or Metro is under 30¢.

Kyiv is studded with parks filled with children from nearby high-rise apartments. One falls easily into conversation with other parents. Ukrainians are all one people; they know what to expect of each other. They are surprised and curious, but not whatsoever suspicious or apprehensive when they discover I am an exception. Graffiti is minimal, playground equipment not vandalized, and there are no boomboxes or drug dealers in evidence.

I am shocked when in PTA meetings parents and teachers alike talk openly about which kids need extra help and which enrichment. They can be honest because race is not an issue.

Textbooks focus on teaching the subject at hand, not indoctrination about the virtues of Diversity or dangers of climate change. Ukrainians don't like the smell of indoctrination: they had enough under the Soviets. The teachers, being fellow Ukrainians, are as interested in raising good citizens as they are in teaching subject matter.

I believe the Western press exaggerates the differences within Ukraine and between it and its neighbors. It is arguably the world’s largest naturally bilingual country, with almost everybody speaking Ukrainian and Russian. Most neighboring countries speak Slavic languages, Romania and Hungary being the exceptions. The spectrum of religious belief is likewise not that great, from Greek Catholic to various Orthodox sects. The (very approximately) 100,000 Jews and the Muslims from the ‘Stans are not very visible. The 75,000 Gypsies do stand out, but they do not enter much into community life. Ukraine is more homogeneous than any Western country.

It is paradoxical that Westerners look for schisms in Ukraine, which has few, while steadfastly ignoring the huge chasms dividing their own countries. As Angela Merkel said in a moment of candor: “Multiculturalism doesn’t work.” Ukraine has absolutely no need to find out. It has no history of colonialism. Its acquaintance with slavery comes from having been enslaved.

I discovered first-hand how difficult it is to immigrate to Ukraine or acquire citizenship. This is as it should be. As there may be more immigration pressure brought on by the chaos in the West, it is time for Ukraine to re-articulate and better define the kind of immigrants it will accept.

As North America and Western Europe appear headed for social and financial collapse, I advocate that Ukraine firmly reiterate its policies. Keep immigration limited to spouses of Ukrainian citizens, overseas Ukrainians, people ready to invest in the Ukrainian economy, and people with unique and recognized skills. If anything, the country should stiffen the requirements and close the loopholes. Law should better specify the size and character of investments. Given that fiat currencies are in the process of collapsing, investment amounts should be stipulated in kilograms of gold. Law should more strictly define marriages of convenience, ejecting foreigners who commit marriage fraud and penalizing the Ukrainian parties.

Ukraine is perfectly within its rights to specify the kind of immigrants it wants. It should be self-evident that immigrants of some nationalities will fit in better than others. An ideal immigrant would: 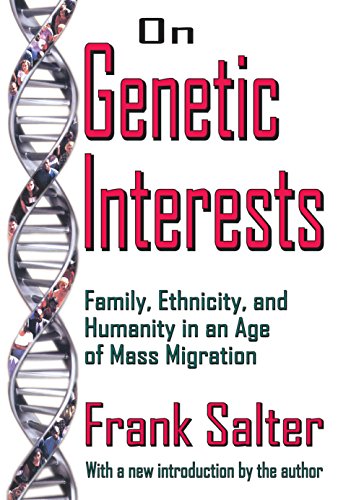 Countries of the West used to routinely structure their immigration laws to ensure that immigrants would fit in and not dilute the genetic interests of the inhabitants. (See my video review of  On Genetic Interests: Family, Ethnicity and Humanity in an Age of Mass Migration, by Frank Salter, 2003.) The “White Australia” policy remained in effect until the 1970s. The “National Origins” principle in the U.S. immigration law from the 1920s until 1965 stipulated that the country would receive immigrants similar to people already in the country. Though their laws are coyly written to mollify the UN, Japan, Korea and China today manage to not allow immigrants who are not compatible with the people already there.

Paradoxically, Ukraine’s unfortunate history of subjugation by the tsars, Communists and now oligarchs has provided it essential protection. It retains its character as the countries of America and Western Europe are losing theirs to waves of immigration of very different peoples. It is heartening to observe that Ukraine shows no tendency to conform to the demands of the European Union, Russia, or even the IMF or World Bank, any of which would be inclined to impose looser immigration policies. Ukraine is fine the way it is. No prospective group of immigrants would improve the economy or the gene pool. It must refuse more immigration.

Graham Seibert (email him) lives in Kyiv, the capital of Ukraine. His website is here; he blogs here.