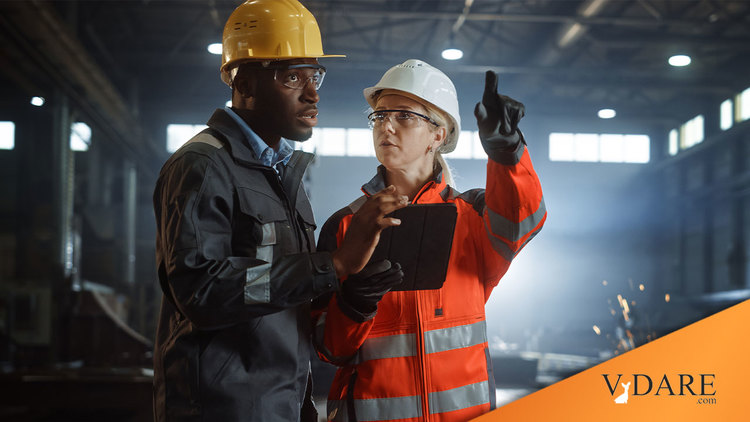 Liberals are screwing over African Americans again, sublimely confident that whatever they do, Democrats will never get less than 90% of the black vote.

In the Buffalo, New York, mass shooting 10 days ago, 18-year-old Payton S. Gendron drove 200 miles to a grocery store jam-packed with the descendants of American slaves and gunned down as many people as he could. But instead of this being an anti-black thing, the media have decided, no, it’s an anti-immigrant thing, based on the shooter’s belief in the “great replacement theory,” which holds that elites are deliberately replacing historic Americans with immigrants.

Trust us, it’s all in his “manifesto”—and no, you can’t see it. What? You don’t trust the media to tell you the truth about the shooter’s motive?

Still, I can’t help but notice that the shooter seemed really intent on killing black people. He drove 3 1/2 hours from Conklin, New York, to get to a city with remarkably few immigrants. Only 10% of Buffalo is foreign-born. But it’s 35% black.

So why are the media insisting that the killer hated immigrants, when it kinda looks like he mainly hated blacks?

For one thing, midterm elections are coming, and voters are poised to have a say on the fabulous things Biden’s done to our border.

Oh, you think we should have a border? What—do you believe in REPLACEMENT?

Moreover, Hispanics have begun to show a slight—very slight—willingness to vote for Republicans, coinciding with the Democratic Party’s enthusiastic embrace of Black Lives Matter, and thus, black criminality. (It turns out Latinos are generally opposed to getting beaten up and having their money stolen.)

Finally, of course, there’s the fact that Democrats know there’s nothing, absolutely nothing, that will stop black people from voting for them.

Now they’re just showing off. Yeah, Buffalo was a racist shooting—but watch this: We’re going to make it about immigrants, and we’ll STILL get the black vote!

After years of the media trying to turn every single event into proof that white people hate African Americans, at last there’s a monstrous crime where even skeptics say, Yeah, this one was totally about a white guy who hates black people. But the media decided that this week, they needed to juice the immigrant vote.

The madness, the wild upside-down insanity of the media pushing the “great replacement theory” as the motive for the Buffalo shooting, is this: If anyone’s being replaced by immigrants, it’s black people.

Black people have always been here! Heard of the 1619 Project? The thesis and details may be comically false, but it is a plain fact that blacks have been here since 1619. Historic America is not a monolithically white country; it is a biracial country—black and white—and remained so for two centuries, until Teddy Kennedy decided to change it with his 1965 immigration act.

Of the two racial groups that formed 99% of America from the 1600s to the mid-1970s, which one do you think is getting the short end of the stick? The white working class isn’t popping champagne corks over mass immigration, but black people get absolutely nothing out of it.

Rich people, mostly whites, are making out like bandits. Endless low-skilled immigration has finally solved “the servant problem.” By now, so many hardworking Latinos have come in that virtually every upper-middle-class white person has a maid, a nanny and a gardener.

It’s low-wage workers—mostly black men—whose wages have been annihilated by competition from the cheap labor being dumped on the country. Not only have working-class wages gone into the toilet, but a lot of jobs are totally off-limits to black people—because they don’t speak Spanish or Chinese or Tagalog.

For decades now, black professors, the U.S. Civil Rights Commission and ordinary African Americans have been pointing out how immigration hurts them. Democrats don’t care.

And that’s the story of how an unequivocally anti-black mass murder became a crime against immigrants.

More on the real “replacement” next week.