Do they have TV sets at CNN? An Internet connection? I don't work at a television network, but I saw Trump "disavow" David Duke a half-dozen times before Jake Tapper asked him to disavow Duke again last Sunday.

The question served absolutely no journalistic purpose. No new information was sought. It was just a smear, for the sole purpose of getting the words "KKK" into the same sentence as "Donald Trump."

Unsuspecting viewers who missed Trump's earlier disavowals are supposed to think, Is Trump connected with the Klan? Why else would they be asking him about David Duke?

Given that Trump did disavow Duke the day before the Tapper interview, the only explanation for his refusal to do it again is that he was ticked off by the question and decided not to play ball. (Tip for journalists: When WASPs don't want to answer impertinent questions from reporters, they often say, "I don't know," rather than the more urban "go f—-yourself.")

How many times must Trump waste precious airtime "disavowing" some random person he doesn't know, has never met and never mentioned?

David Duke IS a random person: The KKK has not been an organization of any significance since the mid-'60s (outside of Southern Poverty Law Center fundraisers), and David Duke hasn't been a member of this meaningless group since 1980. 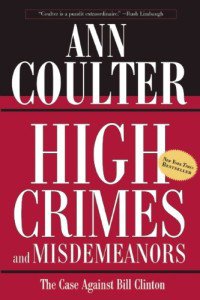 Also, David Duke has never been accused of rape. Hillary's most prominent supporter has. Will she be asked to disavow Bill Clinton?

If she doesn't think her husband raped Juanita Broaddrick, how about the sexual assaults claimed by Paula Jones, Kathleen Willey, Christy Zercher, Eileen Wellstone, Carolyn Moffet, Elizabeth Ward Gracen and Sandra Allen James, as well as a half-dozen other women?

Does Hillary believe any of her husband's accusers? How many sexual assault accusations must there be before she disavows him?

As far as I know, David Duke has also never supported cop-killing. Boatloads of Hillary's supporters do—and she plays footsie with them by endorsing #BlackLivesMatter.

I will give Hillary the benefit of the doubt, and say I do not believe that she personally supports cop-killing. But why is she seeking the votes of murderous thugs? What kind of campaign is she running that attracts such people? Will she disavow them? Is she willing to state forthrightly that cops' lives matter?

I am not aware of David Duke ever inciting a mob that went on to commit murder. Al Sharpton has—and no Democrat can run for president without kissing his ring. 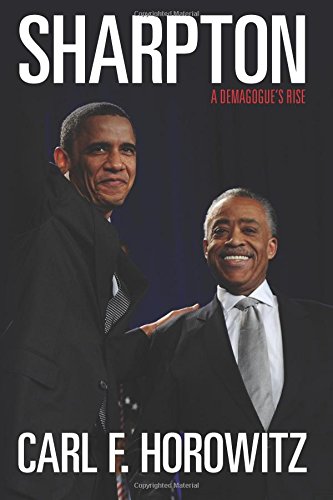 More than a decade after Duke quit the KKK, Sharpton inflamed anti-Semitic mobs in Brooklyn's Crown Heights—mobs that were four or five times larger than the entire national KKK membership—fueling several more days of riots, during which a man, whom the crowd believed to be Jewish, was murdered.

In December 1995, Sharpton led anti-Semitic protests against a Jewish-owned clothing store in Harlem, Freddy's Fashion Mart, which ended with a protestor bursting into the store and setting a blaze that killed seven employees.

In 1989, Sharpton libeled innocent law enforcement officers in the Tawana Brawley rape hoax—resulting in a libel judgment against him. Then in 1990, a Sharpton-led mob screamed "Whore!" at a rape victim and roughed up cameramen outside the trial of the Central Park rapists (who were guilty).

Sharpton isn't some random nut Hillary and Bernie have vaguely heard of. Two weeks ago, Bernie Sanders publicly met with Sharpton to ask for his blessing. Hillary will be making the same pilgrimage soon. My advice is, bring your checkbook.

David Duke doesn't speak at Republican national conventions; Sharpton was given a prominent speaking slot at the Democratic National Convention less than a decade after his demagoguery outside Freddy's ended in the deaths of seven innocent people (this was also a quarter century after Duke left the Klan).

Duke has never been given a TV show where he gets to ask questions of elected officials. Guess who was?

In fact, now that I think about it, Duke has no connection to any GOP official whatsoever!

When David Duke is invited to give a prime-time address at the Republican National Convention, maybe the media can ask Republican candidates to "disavow" him. Until then, how about asking the Democrats about their supporters?

Democratic presidential candidate Michael Dukakis was endorsed by Willie Horton, a vicious murderer, who, after being released by Dukakis, broke into a Maryland couple's home, tortured and raped them.

Dukakis wasn't asked to disavow Willie Horton's endorsement. To the contrary! President Bush was called on to repudiate a flier connecting Dukakis to Horton—whose release from "life in prison" was 100 percent the result of Dukakis' idiotic furlough policy. Bush's campaign chairman James A. Baker III acquiesced and disavowed the flier, in keeping with the GOP motto, "Groveling Always Works!"

But never, ever, ever will Democrats be asked to "disavow" the lunatics who support them. The ritualistic demand for "disavowals" is a game played exclusively with Republicans.

The media probably can't believe their luck, tricking Republicans into apologizing for people they have nothing to do with, while the Democrats happily accept the support of cop-killers, rapists, murderers, anti-Semitic race hustlers and domestic terrorists.

This week, Trump trashed the GOP's time-tested groveling approach, then went on to sweep Super Tuesday. Perhaps someday, the boneless wonders in the GOP will learn.