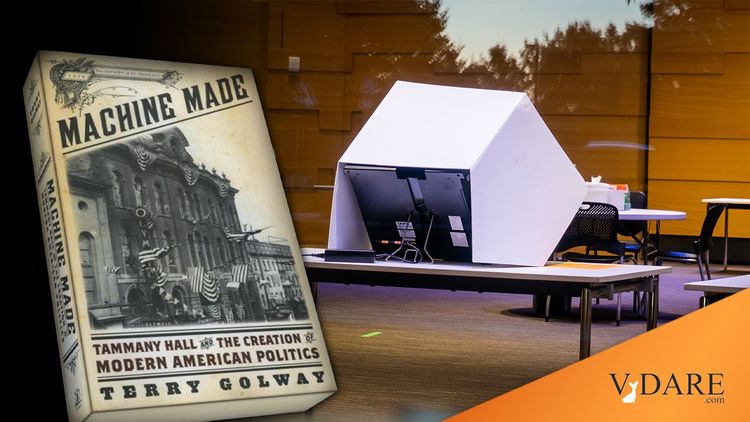 Ann Coulter: Voter Fraud Never Happens! (Except in These 10,000 Cases)

Earlier, by Steve Sailer: NYT: Vote Fraud Would Require Many Politicos Working Together Like a Machine: a 'Political Machine,' if You Can Imagine Such a Concept

The media have been lying about voter fraud for 20 years. The New York Times and The Washington Post will tell you: Let’s get something straight. There are only two cases of voter fraud in history and they were both Republicans.

NEVER? No voter fraud ever?

I bet you couldn’t find EVEN ONE! 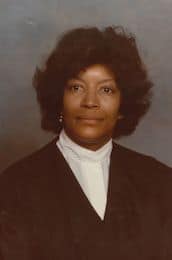 John Ashcroft absolutely had a Senate seat stolen from him in 2000 when a state judge [Judge Evelyn Baker, right] ordered polls in heavily Democratic St. Louis to remain open for an extra three hours. Republicans didn’t even hear about it for another hour. Despite an appellate court striking down the ridiculously lawless order, St. Louis was given an extra 3 1/2 hours to kick out tens of thousands of additional votes. Ashcroft lost the election by 49,000 votes.

A week after the 2004 Washington State gubernatorial election, Republican Dino Rossi was up by 3,492 votes against Democrat Christine Gregoire. Then Democratic King County began finding “misplaced” ballots, eventually producing more than 10,000 of them.

Hey, guys! I found another box of ballots under the sink!

So that’s another 800 votes for Gregoire.

Oh wait— you’re not going to believe this …

An examination of the records later showed that about 1,800 more ballots had been cast than there were voters who had requested them.

Notwithstanding the miraculously appearing ballots, Rossi won the recount a few weeks later, but his lead was cut to 42 votes— easily within stealing distance. Democrat Christine Gregoire demanded a hand recount, and that put her ahead by 129 votes, whereupon she was promptly declared the winner.

Washington voters overwhelmingly believed the election had been stolen and wanted a revote. Democrats didn’t care. Nothing was ever done about the flagrant vote fraud. Washington now has 100 percent mail-in-ballots and no Republican has ever again won the governorship.

In 2008, Sen. Norm Coleman of Minnesota won his 2008 reelection bid against challenger Al Franken by 725 votes. But for weeks after the election, Democratic precincts kept “discovering” new votes for Franken.

Day after day, votes were added to Franken’s column, while votes were taken away from Coleman. Random error would not continually benefit only one side.

On account of Franken’s charisma shield, Barack Obama, who was running for president that year, won hundreds of thousands more votes than Franken in the same election, on the same ticket, in the same state that year. But during the “corrections,” Franken was winning three times as many votes as Obama .

So the Democrats weren’t worried about believability.

Eventually, all these late-discovered ballots put Franken ahead by 312 votes, whereupon he was immediately certified the winner by the George Soros-backed Minnesota secretary of state.

A few years later, we found out that more than 1,000 felons, ineligible to vote, had cast votes in the 2008 Minnesota election. (To state the obvious, felons support Democrats by about 10-1.) There were 113 separate convictions for voter fraud in that election. That’s not easy: In Minnesota, a conviction for voter fraud requires proof that you broke the law knowingly.

More than 100 convictions for something that never happens, way, way back in the prehistoric days of 2008— who could remember that?

Facebook: Final results may be different from the initial vote counts, as ballot counting will continue for days or weeks after polls close.

The Washington Post: There’s not evidence of even modest voter fraud.

The New York Times: The Times Called Officials in Every State: No Evidence of Voter Fraud.

The Newspaper of (Broken) Record is also pushing the claim that that the real reason Republicans are questioning the vote in Milwaukee, Detroit and Philadelphia is … RACISM! So you know they have a good argument. 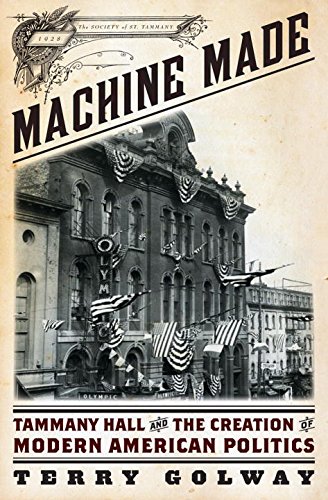 It’s as if everyone who writes for the Times just graduated from college with honors in “Spotting Racism.” Republicans aren’t complaining about the vote in Camden, New Jersey, or Memphis, Tennessee. They’re talking about cities with Democratic political machines, which were founded by Irish criminals long before black people showed up in large numbers.

Democratic machines have been stealing elections since before the Civil War.

This year, liberals told us that Trump is LITERALLY HITLER and his defeat the single most important event of our lives— something you’ll tell your grandchildren about someday! But we’re supposed to believe they decided, this one time, they wouldn’t cheat?

These are the people who tell you voter fraud is a crazy conspiracy theory.