Liberalism is a sexual assault protection racket. Judging by the last week's news coverage, EVERYONE in the liberal universe—Hollywood, the fashion industry, the media and Democratic politics—knew about Harvey Weinstein's sexual predations and nearly all of them were covering it up.

Liberals circle the wagons to protect fellow liberals. All those sacrosanct laws about rape, sexual assault and sexual harassment are the fire ax behind a glass door: "Break in case of conservative."

Weinstein admitted as much by immediately responding to the accusations against him by offering to donate money to fight the National Rifle Association. (That's not the thing we're worried about being cocked and loaded, Harvey.)

According to Ronan Farrow's comprehensive article in The New Yorker, "(m)ultiple sources" told him how Weinstein bragged that he could use his allies in the press to crush anyone who crossed him.

Longtime editor Tina Brown—ironically, one of Weinstein's erstwhile clean-up gals—told Charlie Rose: "What I found really unsettling was how many journalists, frankly, were on his payroll. I mean, you know, Harvey would have everyone on his payroll. All the people at the (New York) Post and people in all the tabloids, people writing stuff, entertainment writers, gossip writers."

I knew the gossip pages were written by PR agents, but I didn't realize they were written by sexual predators, too. I was curious about exactly who was protecting Harvey and, luckily, I have a Nexis account. The full list would take me well over my word limit, so this column will focus on the tabloid most slavishly devoted to protecting Weinstein's good name: the New York Post. 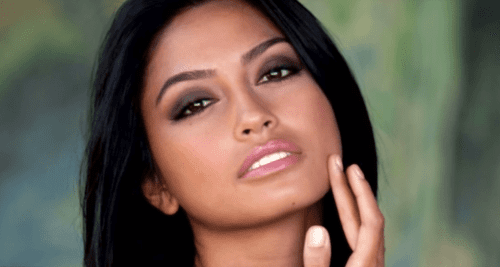 Farrow's sources cited as their proof of how Weinstein could dirty up an accuser the coordinated tabloid attacks on Italian model Ambra Battilana Gutierrez after she reported Weinstein's assault on her to the police in 2015.

According to the detailed, heavily sourced and, apparently, 100 percent accurate account given by Farrow, 22-year-old Gutierrez met Weinstein at a Radio City Music Hall reception. The next day, Weinstein requested that Gutierrez come to his Tribeca office, "as soon as possible," according to her agent.

The moment she walked into his office, Farrow reports, Weinstein "began staring at her breasts, asking if they were real ... then lunged at her, groping her breasts and attempting to put a hand up her skirt while she protested."

As she was leaving, Weinstein offered Gutierrez tickets to his show "Finding Neverland" that night, saying he'd be there. But instead of using the tickets, Gutierrez went straight to "the nearest police station." We know she didn't attend the show because, when Weinstein called her later to complain that she hadn't come, she happened to be sitting with Special Victims detectives, who recorded his call.

This is how the New York Post headlined Gutierrez's non-attendance at "Finding Neverland":

Attended Weinstein's Broadway play the day after accusing him (EXCLUSIVE)

The U.K.'s Daily Mail repeated the claim in its headline—citing the Post as its source: Harvey Weinstein model used the $227 ticket he gave her to see his Broadway show the day AFTER she alleged he groped her ... 'despite knowing he would be at the theater'

The next day, Gutierrez wore a police wire to a meeting with Weinstein at the Tribeca Grand Hotel. As she stood intransigently outside his hotel room, Weinstein implored her to come in, promising, "I'm not gonna do anything. I swear on my children." Thanks to Farrow's reporting, the taped conversation is now available everywhere.

Gutierrez: Why yesterday you touch my breast?

Weinstein: Oh, please. I'm sorry. Just come on in. I'm used to that.

Gutierrez: You're used to that?

Gutierrez: No, but I'm not used to that.

Weinstein: I won't do it again.

Here's the New York Post's description of the meeting where Weinstein—according to his admission—grabbed Gutierrez's breast:

SHE TRIED TO REEL & DEAL (EXCLUSIVE)

The police working the case believed they had more than enough evidence to prosecute Weinstein. Farrow quotes a detective who was actually "involved in the operation," saying: "We had the evidence." The source added, "It's a case that made me angrier than I thought possible, and I have been on the force a long time."

Here is how the Post  reported the police's attitude toward the case at the time, quoting not officers "involved in the operation," but random "law-enforcement sources":

"Some law-enforcement sources say her allegations will be difficult to prove, since there were no cameras in Weinstein's office. ...

"'There's no physical evidence. In a nutshell, there's no corroboration of her story.'"

The police sting capturing Weinstein's admission was soon leaked to the press.

The U.K.'s Daily Mail came clean, announcing in its headline: "'There's no question he did it': Harvey Weinstein 'did not deny groping Italian model in phone sting set up by police'"

Even a radio station in Columbus, Indiana, reported on the police sting.

Not the New York Post! For the first time that week—the day newspapers around the world were bristling with news about Weinstein's taped, incriminating comments—the Post had zero Harvey Weinstein news.

The Post did briefly mention the operation a few days later at the end of a Jamie Schram article, full of sneering about Gutierrez's alleged attendance at Weinstein's play after she was groped (she did not attend), and referring to the model's "ties to disgraced former Italian Prime Minister Silvio Berlusconi."

About a week later, Manhattan District Attorney Cyrus Vance Jr. decided not to prosecute. The International Business Times reports that, soon thereafter, David Boies, an attorney for the Weinstein Company, contributed $10,000 to Vance's political campaign. Boies and other Weinstein lawyers, including defense attorney Elkan Abramowitz, have donated a total of about $200,000 to Vance's political campaigns.

As a police source recently told Daly, "When you say no after a week, it's not usually over the facts."

The New York Post's headline on D.A. Vance's decision not to prosecute:

It's 'grope' fiction: DA: No paw rap on Harv as doubts dog model

This story again repeated the false claim that Gutierrez "wasn't upset enough by the alleged groping to surrender a primo seat for Weinstein's new Broadway show—which she attended less than a day after the incident."

In her interview, Tina Brown explained exactly how Weinstein controlled reporters: "If there was any stirring of a negative story, Harvey would offer them a book contract, a development deal, a consultancy, and they used to succumb. Journalists are often short of money, and they were also very star-struck with the world that Harvey offered, which was movies and Hollywood."

So what DID the bitter gossip girls get? Did Mara Siegler, Jamie Schram, Danika Fears or Maria Wiesner end up with phony "consultancies," "book contracts" or "movie options" with Weinstein's companies? (Paging the IRS!)

The only other explanation is that the Weinstein-compliant scandal sheets illustrate the oldest primal urge, one even more basic than the compulsion that drove Weinstein: Ugly girls taking their revenge on pretty girls.