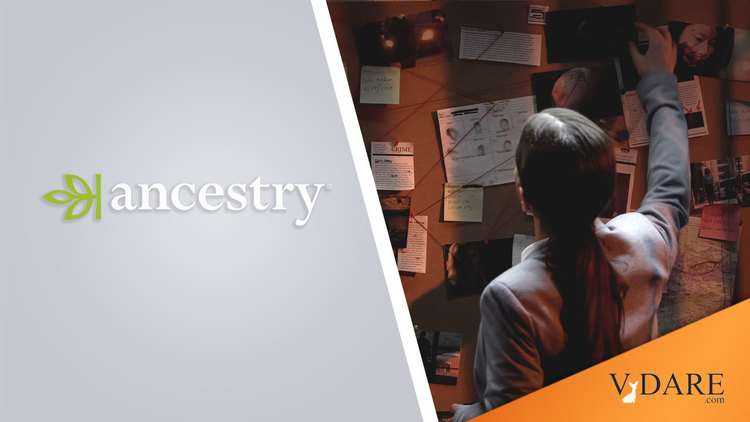 This week, the New York Times reported on new laws in Maryland and Montana that restrict law enforcement’s use of genealogy databases to catch serial killers. (Maryland I can understand, but Montana? Has someone kidnapped Gov. Greg Gianforte?)

Some of the largest DNA databases—Ancestry, 23andMe and Helix—already refuse to share their databases with the police without a court order.

I’m sorry, but why? What is their argument? Ancestry doesn’t want to lose the business of skittish serial killers?

Everyone agrees that these pro-criminal rules were a direct response to the “controversy” of law enforcement catching the Golden State Killer in 2018.

Yes, it’s apparently controversial that the monster who terrorized California for decades, killing at least 13 people and raping dozens of women, was finally captured—with 100% accuracy—thanks to brilliant detective work and the miracle of DNA.

Sheriff’s investigator Paul Holes and FBI lawyer Steve Kramer created a fake profile on GEDmatch using DNA from a rape kit of one of the Golden State Killer’s victims. This produced distant relatives of the rapist, allowing them to build a family tree, leading to Joseph James DeAngelo, then living in a Sacramento suburb. Officers began surveilling DeAngelo, collected his DNA from a car door and discarded tissue and—bingo!—it matched the Golden State Killer’s semen sample.

My entire life I’ve had to listen to liberals wail about all the “innocent” people on death row. (There is no credible evidence that any innocent person has been executed in this country since at least 1945.) They pretended to be against murder, just deeply horrified by the idea that we might execute “the wrong man.”

Now we have the technology to make identifications that are infallible—and liberals say we can’t use it because of their concern about maintaining the serial killer’s privacy.

As put by the Hill—since you won’t believe me otherwise:

“Questions intensified after law enforcement officials in California used an ancestry database to help identify the Golden State Killer, a serial killer and rapist who eluded authorities for decades.”

Yeah, that sucks. The white ex-cop—catch that, #BLM?—who tortured and raped women while their partners were forced to listen in the next room, then made obscene phone calls to his victims, was finally captured after a 40-year search, whereupon: “Questions intensified.”

WHAT “QUESTIONS”? My only questions are:

1) When are the triumphant awards dinners?; and

2) Will #BLM be taking the side of a white cop in this one case?

“Following the controversy [of catching a serial killer—for liberals, that’s controversial], the largest ancestry companies said they wouldn’t allow police to access their databases without a warrant.”

What on earth, Ancestry? It’s more important that the ACLU likes you than that a majority of Americans do?

How about taking a poll of your members? Should we allow law enforcement to submit DNA into our database to solve rapes and murders without the necessity of obtaining a court order first?

“Yes” would be a 90% winner, and the other 10% would be ACLU types suddenly signing up just to vote. Even criminals would say, Yeah, for a killer, sure, that’s fine. Only a few law professors and, of course, the Times’ Charles Blow, would be against it, which is formidable competition, but I still think we can win this baby!

The objections to allowing police access to genealogical websites consist of vague invocations of “privacy.” University of Maryland law professor Natalie Ram [Email her] for example, told the Times that law enforcement’s use of genealogical databases was “chilling, concerning and privacy-invasive.”

Many people find serial killers breaking into their homes, tying them up and raping them to be “chilling, concerning and privacy-invasive,” so we seem to be at an impasse.

As with the Golden State Killer, the majority of criminals captured through these databases are going to be white. (Good news for Forensic Files!) Don’t be fooled by Ancestry’s woke television ads: the vast majority of their members are white. Israeli researchers estimate that public genealogy databases can now identify 60% of all people of European descent.

Is Ancestry trying to protect white killers? They’re OK with innocent black men being arrested, while the actual white murderers remain hidden in their database? Have we finally found the beating heart of white supremacy in America?

Or are they just sniveling cowards? Let me guess: Some small group of fanatics wrote a bunch of letters to Ancestry and law enforcement didn’t.

OK, let’s add up the letters … 28 from law professors who oppose allowing law enforcement to use our databases, and no letters in support.

Law enforcement officers wouldn’t be scrolling through personal genetic information. Indeed, they can’t view information about specific individuals at all. They submit a DNA profile and, if there’s a match to a criminal, an alarm goes off. Nothing comes back unless there’s a hit.

There’s an easy solution to any privacy concerns. If you don’t want the police finding you through a genealogical database, don’t leave your DNA at a crime scene.

But some jackass Democratic lobbyist formed the Coalition for Genetic Data Protection and bullied Ancestry, 23andMe and Helix into withholding their databases from law enforcement without a warrant, adding a pointless obstacle to bringing killers to justice.

Steve Haro [Email him], executive director of the coalition: Hey, congratulate me! I just hamstrung the police in their ability to catch the provably guilty!

If Democrats really gave a crap about privacy, how about a “coalition” to prevent businesses from selling our names and addresses to third parties? How about prohibiting Google, Facebook and Apple from spying on us? Can we start there, rather than blocking law enforcement from using genealogical websites to catch criminals with 100%, absolute, dead-on accuracy? 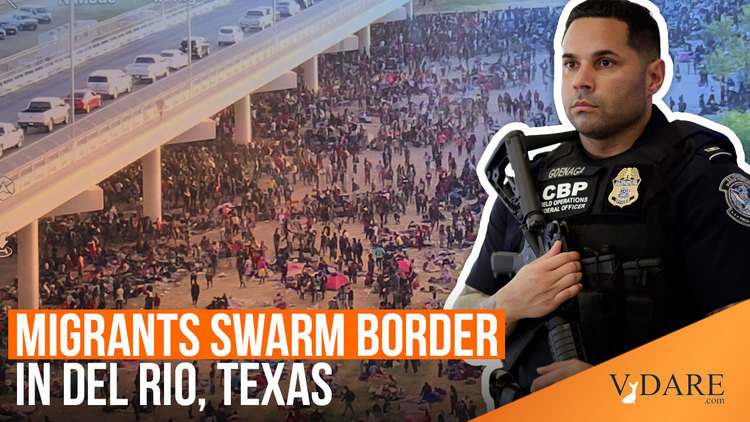