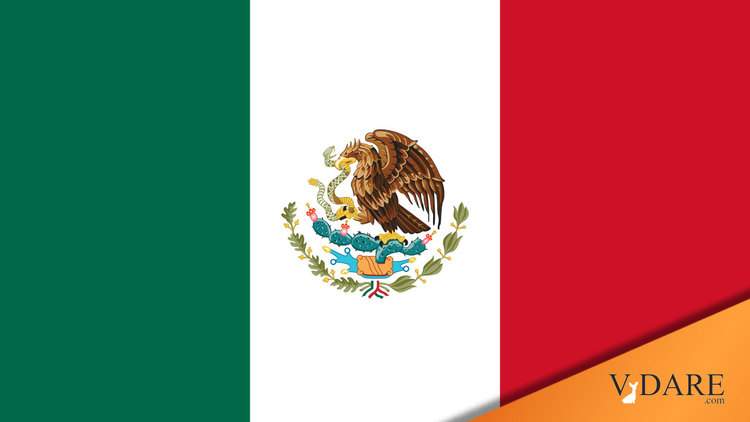 Bush And Mexico: The End Of The Affair

Less than two years ago Presidents Vicente Fox and George W. Bush were billing and cooing on the White House front lawn. All but holding hands, the two leaders promised "migratory accords that would benefit both Mexico and the U.S."

Today, Fox and Bush are kaput—at least formally. But they're still carrying on in a tawdry, back alley sort of way.

What's different since the two left the limelight?

For one thing, everyone in Mexico has their dander up. I wonder what Bush, who routinely referred to Mexico as the U.S.'s best friend, thinks of National Action Party (P.A.N.) Congressman Felipe Calderon Hinojosa's movement to delete the words "United" and "States" out of Mexico's official name, the United Mexican States. ("Trying to Put Mexico First, With No U.S. in the Way", by Tim Weiner, New York Times, January 26t, 2003.

Said Calderon, "People forget that the official name is the United Mexican States. And when they remember, a great sinking feeling, a great restlessness washes over them."

Ignacio Burgoa Orihuela, Mexico's leading constitutional scholar, says that to include "United" and "States" as part of Mexico is "fawning" and "wrong."

And in an extraordinary statement, chemist Regina Solis said "the U.S. invades us more and more in our daily lives. The government… should be working to save our culture, our customs, our identity."

What a familiar ring!

Judging by the statements of Calderson, Orihuela and Solis, Mexico must be smoking mad not to have gotten that "migratory accord."

As for our two star-crossed presidents, Fox is embarrassed that, officially at least, he accomplished none of the things that he promised Mexico.

And it is quite possible that Bush wishes he had never heard Fox's name. Bush's Mexican agenda has cost him hundreds of thousands of loyal Republican votes that he will need badly come November 2004.

While 9/11 was a major factor in killing amnesty, Fox and Bush—and their lieutenants Jorge Castañeda and Karl Rove—made a series of strategic errors and miscalculations that doomed their lofty plans from the beginning.

Apparently unbeknownst to Bush and Rove, immigration—especially illegal immigration from Mexico—had reached the simmering point among Americans during the 1990s. During the decade, as American's looked around their neighborhoods, they noticed a dramatic demographic shift.

Suddenly, schools and other public facilities were overcrowded with Spanish-speakers. And when the Census 2000 results confirmed the gigantic percentage increases in Hispanic residents, people everywhere said, "I knew it!"  {See Center for Immigration Studies, "The New Ellis Island: Examining Non-Traditional Areas of Immigrant Settlement in the 1990s.")

As the nation changed before our very eyes, the timing for amnesty could not have been worse. But Juan Hernandez, Fox-appointed director of the Presidential Office For Mexicans Abroad, made multiple trips throughout the U.S. demanding "the whole enchilada."  Mexican expectations grew; Americans felt betrayed.

Late in the summer of 2001 Fox, fluent in English, addressed the U.S. Congress in Spanish, an arrogant and stupid ploy.

Bush encouraged Fox by hosting a state dinner in September 2001. At the evening's end, the White House set off enough fireworks to illuminate all of Virginia.

Only weeks after 9/11, Hernandez declared that the tragedy was only a "diversion" and a "detour" to Mexican amnesty. Every time Hernandez opened his mouth, American ire rose.

The road Bush and Fox charted for themselves had plenty of other bumps. Americans noticed two well-publicized nose-thumbings:

Bush still doesn't see how his lax approach with Mexico will haunt him at the polls. Bush and Fox aren't on the front page anymore. But Bush continues to lie down for Mexico.

However, I believe that Bush isn't fooling anyone. He may think America is focused on Iraq. But he is wrong.

Here are a few things everyone in the country has caught onto:

Bush's bravado about Iraq doesn't compensate for his unwillingness to come to grips with Mexico.

Until Bush learns what the rest of us know so well—that when it comes to Mexico, nothing is ever enough—the suspicion will remain that his middle initial really stands for "Wimp."