Here's something I did enjoy watching—as opposed to the Clinton/ Trump debate. It's intelligent, instructive, and thought-provoking, and so the opposite of retail politics. It was balm on my wounded psyche, 84 minutes of sunlit good sense after a raging storm of gibberish—a panel held at the National Press Club (boo!) last week: Immigration and Less-Educated American Workers, organized by the Center for Immigration Studies.

The occasion for the panel: a new CIS report by Jason Richwine. [Report: Immigrants Replace Low-Skill Natives in the Workforce] Jason, you may recall, was the brilliant young quantitative analyst at the Heritage Foundation whose Harvard Ph.D. thesis had argued that when selecting immigrants for settlement in the U.S.A., IQ should be a factor. In 2013, in the wrangling over the Schumer-Rubio amnesty bill, CultMarx Central found out about the thesis. They ordered Heritage to fire Richwine, and Heritage of course obeyed. Honest quantitative analysis on issues relating to intelligence, race, and immigration is not wanted at Conservatism, Inc.

The whole panel is on video at the CIS site. They've broken it into five separate video clips. First Steve Camarota, Director of Research at CIS, gives a three-minute introduction. Then Jason does a brief presentation of his paper, seventeen minutes.

Then fourteen minutes from Amy Wax, one of the smartest people in the social-commentary business today.

How smart is she? Well, she started out in the academy as a microbiologist, got an M.D. from Harvard Medical School; then switched to law, got a J.D. from Columbia, and is now a law professor at U. Penn. Then twelve minutes from Charles Murray, the great quantitative sociologist.

Finally came a Q&A session with a mostly-friendly audience, 39 minutes.

There are a couple of mentions of your humble servant in there. The more striking of them came from Charles Murray, who brought up an exchange we had back in my days at National Review.

Charles Murray's 1997 book What It Means to Be a Libertarian mentions immigration just once—to apologize for not having mentioned it!

Readers of my column emailed in to ask what Charles Murray's current views on immigration policy were—this is ten years ago, remember. Knowing that Murray followed the National Review blog, I invited him to tell us. He did, and I posted his reply.

What’s my position on immigration? Well, since apparently someone asked (and I have never published anything on immigration), here goes.

Regarding legal immigration: I suppose other libertarians will disagree, but I don’t see a single item in this approach that runs against the principles of classical liberalism.

Murray started off by mentioning that—then told us that he had not at the time, in 2006, said anything about changing the laws on low-skilled immigration.

But Murray told us, he has since been doing some hard thinking—mostly in the past year or so, and mainly because of Donald Trump; although Murray insisted that there is still no way on earth he could ever vote for Trump as President.

The result of Murray's thinking was, he tells us, acceptance of a simple fact:

Clip:  The citizens of a nation owe something to each other that is over and above our general obligations to our fellow human beings. That there is a sense in which we should take care of our own; "our own" in this case meaning Americans—native Americans, in the real sense of that term.

In other words, Murray's natural and instinctive patriotism, his love of America, which he has often expressed, has inched over, or is inching over, to, or towards, what we here at VDARE.com call National Conservatism.

I hope I'm not misrepresenting Dr. Murray here. By all means watch the video for yourself and make your own deduction.

If so, that's a very welcome shift. Charles Murray is one of our most rigorous and influential social scientists. I don't really anticipate he'll be publishing at VDARE.com any time soon, but to have him a few ticks closer to our positions on immigration is very encouraging.

I hope he'll do some more rethinking on the issues of skilled immigration, which is a monstrous scam on our middle-class workers, and demographic replacement, which is destroying our social capital—a thing Murray implicitly acknowledges himself in the Q&A video.

The founder of the Christian religion promised us that "joy shall be in heaven over one sinner that repenteth, more than over ninety and nine just persons, which need no repentance." I don't think Charles Murray's epiphany really rises to that level, but it's worthy of note none the less.

I beg to differ. Many of the things that were said about low-skilled immigrants—their agreeableness, willingness to work hard, reluctance to complain—apply to them only, not to their American-born children. A big tranche of the second and subsequent generations are as antisocial and unemployable as our native underclass. That always needs saying.

Then, just as I was shaping my quibble in words—my quibble, I mean, that none of the panelists mentioned this issue of the subsequent generations—Amy Wax did mention it, towards the end: around 24 minutes into the Q&A video.

And to Charles Murray, a qualified welcome to National Conservatism. 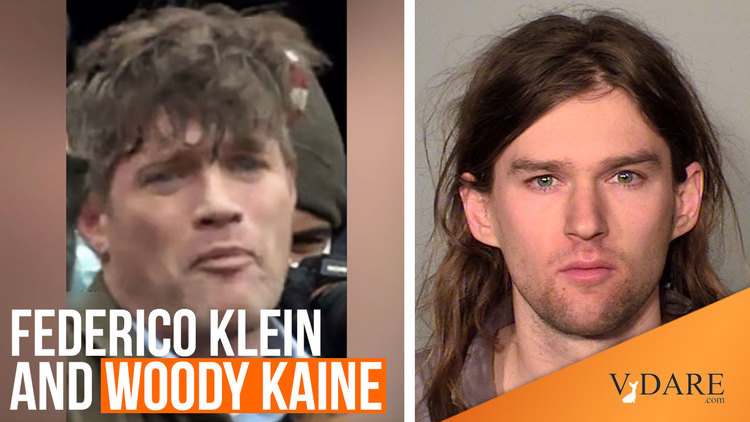 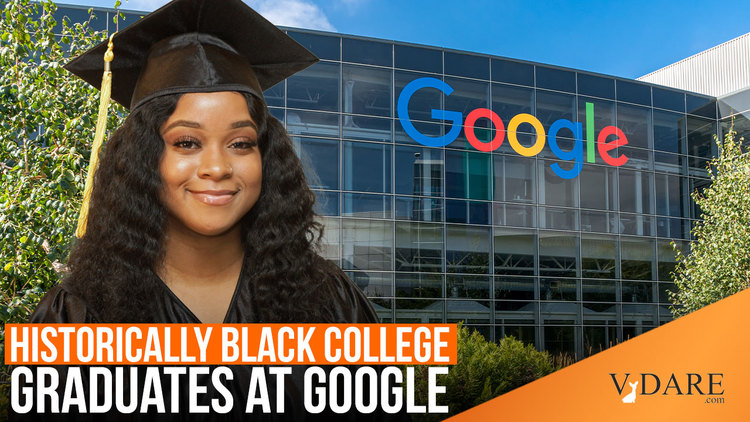 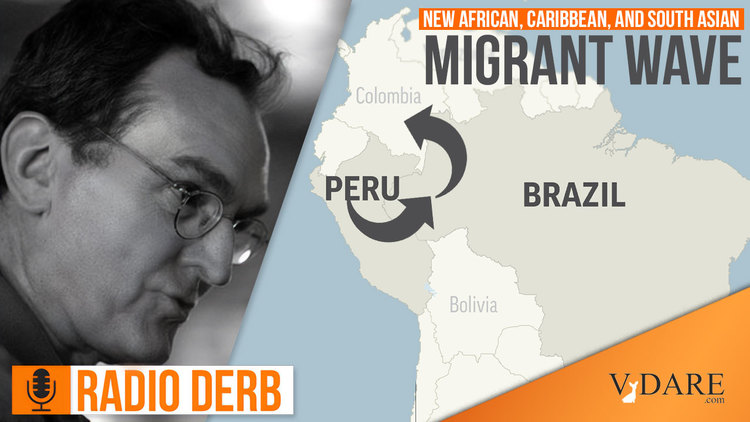 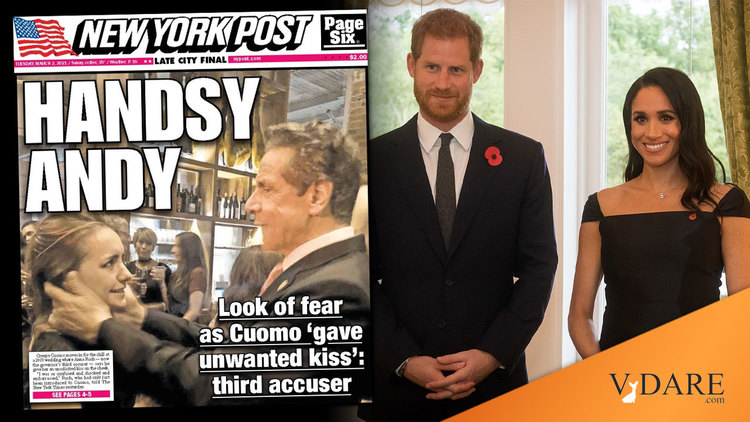 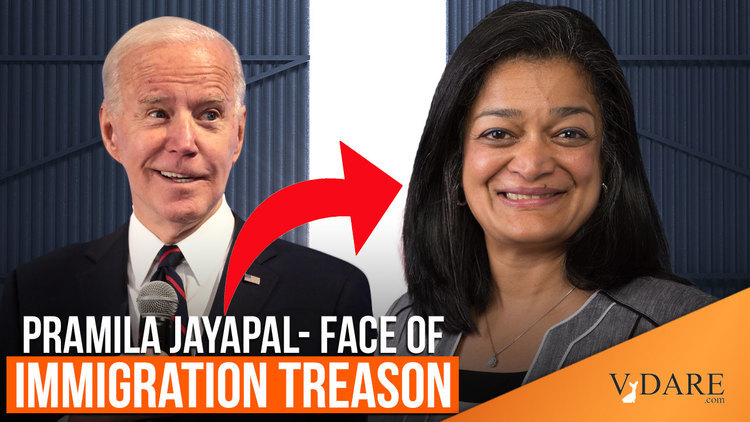 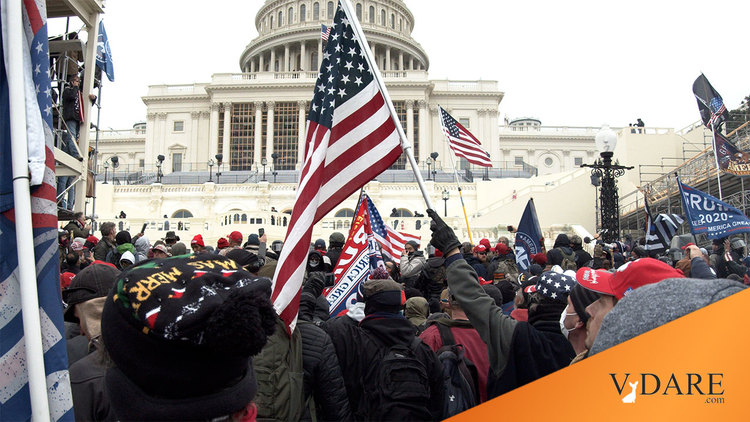 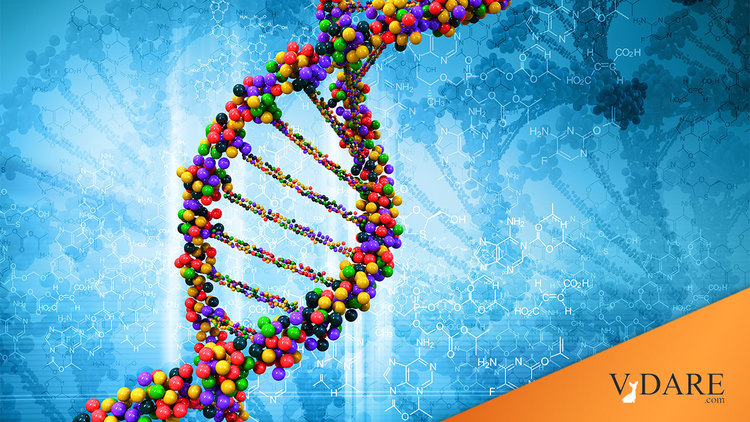 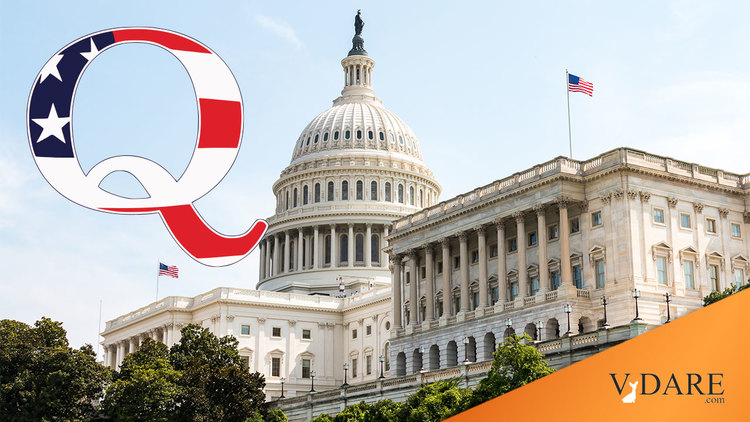 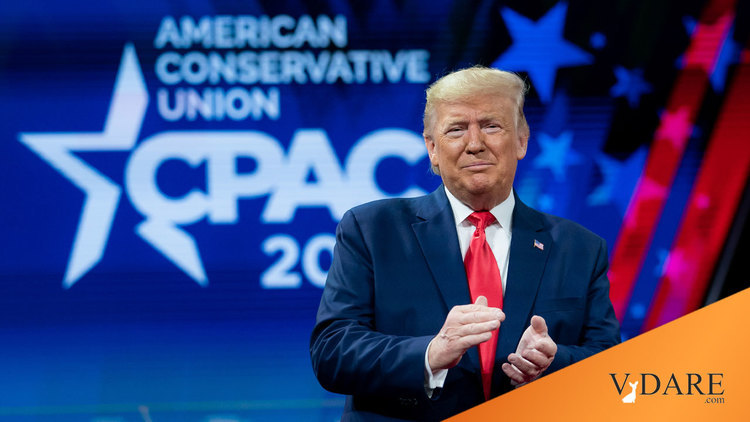 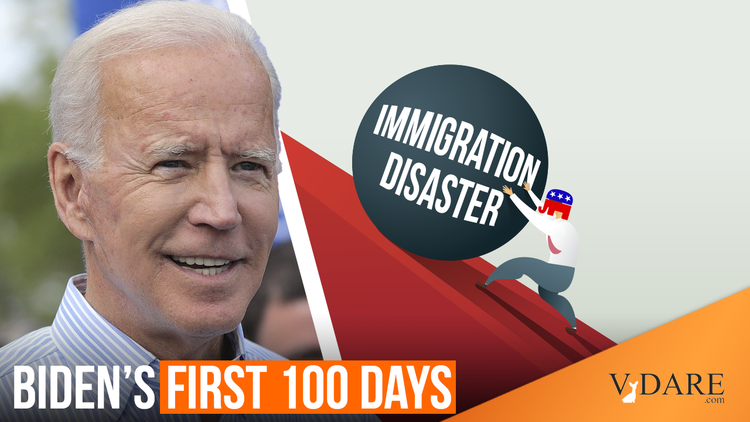