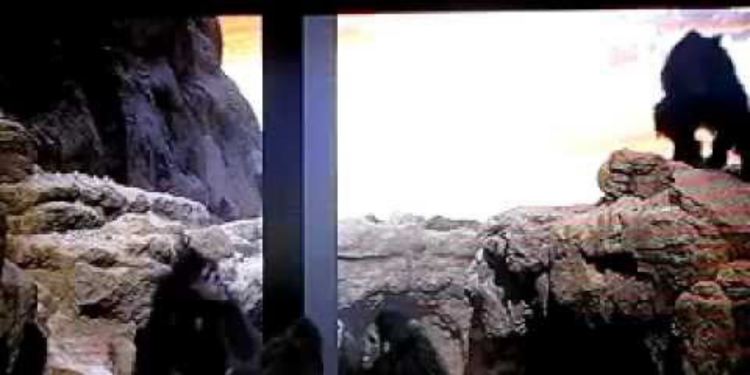 Children Of The Angry Apes: Salon And Its Stale Smear

The share price of Salon Media Group, the publisher of Salon.com webzine, closed Friday at $0.05 – that's five cents – down more than 99% from its $15.00-plus high after the company went public some four years ago. (To view this rape of the innocent investor, go to CBS MarketWatch and type SALN into the stock quote box top left. Click on "newsletters" in the menu bar at the top of the CBSMW homepage if for some reason you want to read my day-job columns on the financial markets.) In March, Salon warned in a filing with the Securities and Exchange Commission that it was dangerously short of cash.

From an editorial point of view, Salon's sag is all too understandable. Why would you go online and pay to read smart-alec liberalism when you can find it by spitting at random into any newsstand?

Even Salon's smears are stale. Witness this week's attempt by someone called Max Blumenthal to present as some sort of Ku Klux Klan Klavern a remarkably variegated group of immigration reformers that included Chris Simcox of the Tombstone Militia, Glenn Spencer of American Patrol, John Tanton of Social Contract magazine and U.S. Foundation; and U.S. Representative Tom Tancredo (R-Colo.) ("Vigilante injustice," May 22, 2003- click here to view stale smear sample. Do NOT pay to read the whole boring thing, click on the ad for a free day pass and go get a cup of coffee while it's playing.)

Blumenthal even presents with a portentous flourish ("according to Form 990 returns filed with the IRS…") the news that the Federation of Immigration Reform, in which the heroic Tanton has played a major role, has accepted grants from the Pioneer Fund. But this news has been endlessly aired. And, as Blumenthal surreptitiously concedes, the last grant was in 1994 – almost a decade ago. And, as Steve Sailer has noted here, the Pioneer Fund, despite the hysteria, is in fact a perfectly respectable institution that has financed, among other things, the famous Minnesota Twins project…

As a wordsmith, I am fascinated with how much of Blumenthal's case rests purely on emotive language. There is, of course, the golden oldie "anti-immigrant" for "anti-immigration" (or, to be strictly accurate, "pro-immigration reform"). There's "migrant" (sort of like birds or butterflies) for "illegal alien." There's "accused of" and "linked to," which essentially means that Blumenthal wants to accuse of and link to, without any need for boring details like, well, proof.

I believe that immigration enthusiasts, who are in the grip of a species of religious frenzy, quite genuinely convince themselves by the use of such devices, as I've noted before in the case of the Wall Street Journal's James Tarantoad, and Goldberg Review's David Frum.  The sheer intensity of their verbal vehemence can stampede cows, sheep and politicians. But no rational adult can take it seriously.

One bit of Blumenthal bafflegab is his slippery merging of "white supremacist" and "white nationalist," by which he apparently means American patriotism. This is particularly interesting to us at VDARE.COM because he describes us as a "white nationalist Web site…that is named after the first white [actually, English] child born in the New World."

Blumenthal, or possibly his researcher, Mark Follman, seem to have ambushed Congressman Tancredo with the allegation that his Immigration Reform Caucus website linked to us "white supremacists" (it now seems to have decided to link to nobody at all).

"When asked about the link, Tancredo was befuddled and indignant.

"'If we are connected to VDare, and I don't think we are," says Tancredo, "then I will take action ... I do not want the support of these kinds of people and I do not need their support.'"

Blumenthal's word on anything in the Salon webzine is obviously not worth the paper it's written on – literally. But in fact I would not be surprised if Tom Tancredo was "befuddled and indignant." I wouldn't have recognized us from that description either.

As our right-wing critics have pointed out, VDARE.COM cannot be described as a white nationalist site. Not all of its contributors are white. We have defended the exquisitely moderate position that the American nation, like all nations, is an ethno-cultural entity, exclusively neither one nor the other.

But we certainly have published individuals who might fairly be described as white nationalists. (They are also law-abiding democrats who wear coats and ties). And we will continue to do so - because we believe that their point of view is at least as legitimate as Hispanic ethnocentrism, Black Nationalism or Zionism.

We exist at VDARE.COM to press the edge of the envelope. On a wide range of issues involving immigration, race and the National Question, the establishment media, both liberal and "conservative," has shown that it will not do so. Unquestionably, our role involves risk, especially with hyperventilating loonies like Blumenthal around. We don't expect any elected official to associate with us. And we don't associate with them.

We will continue to write about Tom Tancredo when he does something that falls into our area of interest - as with his recent press conference denouncing banks for accepting the matricula consular, which has usefully stimulated Hispanic officials into revealing a telling intolerance, no doubt culturally determined, of criticism and debate.

Establishment media muggers like Max Blumenthals grow on trees, or more accurately under rocks. A quick check shows that he seems to have written little of note except an attack on the possibility that Christians might be allowed to proselytize in post-war Iraq and an article on crime in Mexico – where, hypocritically, he doesn't seem to disapprove of vigilantes at all.

Blumenthal is not brave enough to publish an email address. But no doubt Salon's letter to the editor people would be happy to pass email along.

There's a famous scene in the Stanley Kubrick film 2001: A Space Odyssey in which a family of prehistoric apes are confronted with a mysterious monolithic slab, apparently from outer space. The apes' first reaction is to jump up and down, screaming and howling, in the hope of frightening it away. The monolith does nothing. Eventually, the apes quiet down. They look at the monolith more carefully, and gradually approach it.

No translation is provided, but the apes were probably yelling "racist!" and "white supremacist!"

Four million years later, those apes' descendants in the American political establishment, and their media sycophants, are reacting to the arrival of the National Question and those of us who dare to deal with it – National Conservatives, paleoconservatives, paleolibertarians – in exactly the same way.

This establishment screaming and howling must be met with unyielding and monolithic contempt. Only when the tactic has been seen to fail ignominiously can the National Question debate, at long last, finally begin.