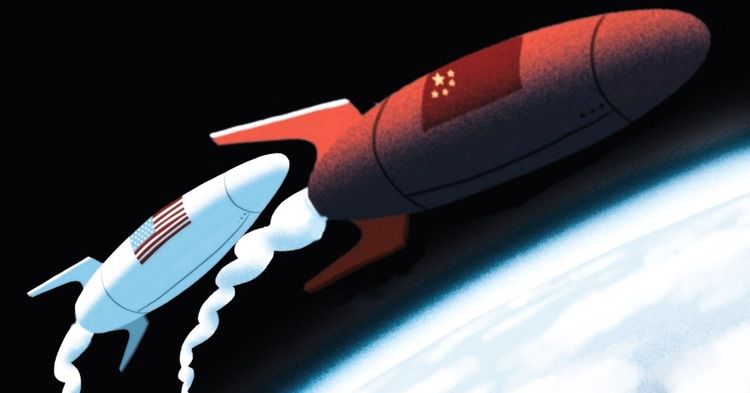 China On John Derbyshire’s Mind: Is A “Sputnik Moment” Coming? Could The U.S. Respond If It Did?

Earlier by Patrick J. Buchanan: Is China the Country of the Future?

I still have China on my mind following last month's jaunt there. My conclusion: They’re going to eat our lunch—unless we have a “Sputnik Moment.” And even then, unlike in 1957, it’s not clear the U.S. can respond.

Look at the flap involving the NBA, the National Basketball Association. Daryl Morey, the general manager of a basketball team called the Houston Rockets, tweeted his support for people in Hong Kong protesting the ChiCom government. Basketball is big in China; the NBA pulls in millions of dollars from Chinese fans. Following the manager's tweet, the ChiComs have cut all ties with the Rockets, and the state-run media have canceled coverage of games.

Daryl Morey has issued grovelling apologies, but they don't seem to have improved the situation. The NBA is looking at major revenue losses.

I hate this politicization of everything. We used to be able to enjoy sports and show business without having to hear the political opinions of players, actors, and pop singers.

But what makes it doubly annoying is that it's always the same message, in sports or showbiz: a message of virtuous compliance with progressive orthodoxy.

Example: in 2016 the NBA pulled its All-Star game from North Carolina because that state's legislature had passed a bill that ticked off transgender lobbies. The following year the NBA championship winners turned down an invitation to the White House because their players didn't like Trump.

The message from pro basketball: Elected legislators in North Carolina and an elected President in the White House are beyond the pale, but an unelected dictatorship in Peking is hunky-dory.

The hypocrisy is hard to miss.

But that knee in the groin that the ChiComs delivered to the NBA is a reminder that China is a big player now, politically and commercially.

Big, and getting bigger really fast. China's economy is roughly the same size as ours now; her population is four times ours. The ChiCom leadership operates on a long-term strategic plan to lead the world in key technologies and dominate global markets. The plan seems to be working just fine.

Razib Khan over at the Gene Expression website has also commented on the NBA fiasco. From there he proceeds to some ruminations about what he calls "the reign of feelings over facts":

In American society, the facts at hand matter less and less, than who the people are who have their own reaction, perception, and subjective experience, of the facts. [The Chinese customer is always right, October 10, 2019] 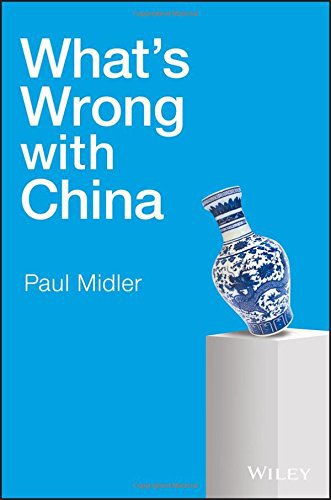 If that's right, and I think it is, we are converging with the state of affairs in China. Last year, reviewing Paul Midler's book What's Wrong with China, I noted his comments on what he calls "the collective narcissism" of the Chinese:

The most wince-inducing aspect of this national trait is the frequent announcements out of Peking that some action by some foreign government—holding a meeting with the Dalai Lama, for example—has "hurt the feelings of the Chinese people." Poor things!

Chinese people at least have the excuse that they are, and always have been, in their schools, colleges, and media, fed a doctored version of their country's history, with all the unpleasant bits blamed on foreigners; or, where something can't be blamed on foreigners, it's just left out.

I gave an example in my September Diary, writing about my visit to a museum dedicated to the 20th-century writer Lao She. In rooms full of exhibits and placards with long descriptions of the man's life and works, there was no mention of the fact that Lao She committed suicide after being persecuted by Red Guards in the Cultural Revolution. That's true but inconvenient to the ChiComs, and it can't be blamed on foreigners; so…leave it out.

Likewise with the Opium Wars of the middle 19th century. Razib quotes a Chinese writer, Joe Tsai, owner of the Brooklyn Nets and co-founder of Alibaba, saying that those wars were fought by Britain and France to force opium on China.

That's a gross over-simplification. The main aim of the British and French was to open China to normal trade; both governments frowned on the opium business. Opium had anyway been cultivated in China for centuries; most of the opium ever smoked in China was home-grown.

Those are facts, though. When an authoritarian government has monopoly control of education and the media, it can shape the facts to direct people's feelings in desired directions. As Razib says:

From a commercial perspective, the "objective truth" doesn't matter. The "customer" is always right. Whether the Chinese have legitimate grounds for their beliefs is less important than what their beliefs are, because there are so many of them …

What we see today in the corporate response to the rise of Chinese economic power is the reshaping of truth and sensitivities toward broadly Chinese outlines due to Chinese power. What one sees here is the convergence between capitalist kowtowing toward power, and the reality that more and more people acknowledge and accept that power determines our understanding of reality.

As a footnote to that I'll just mention this BBC News report from October 5th: China and Taiwan clash over Wikipedia edits. Yep, the ChiComs are manipulating Wikipedia. The BBC investigators found almost 1,600 tendentious edits across 22 politically sensitive articles relating to China.

So, out with facts and reality, in with feelings, wo wo wo feelings … feelings shaped by power.

Things might go wrong, of course. China has systemic problems: massive public corruption, cratering demographics, environmental issues. Chinese politics remains primitive, with no democratic audit, no independent judiciary, and no institutional corrections if things go awry. For all we can tell, some ambitious army general might destabilize the system next week, throwing China back to warlordism and fragmentation. 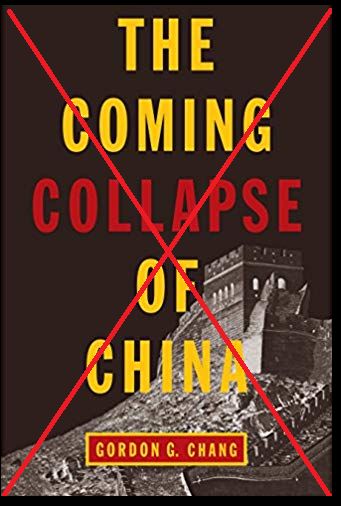 That's not the way to bet, though. The way to bet is, that ten years from now China will be eating our lunch. The ruling party is in firm control, Chinese people in the generality are happy with the way things are going, and the gloomy prognostications of twenty years ago, like Gordon Chang's 2001 book The Coming Collapse of China, have been confounded.

It helps that the ChiComs have avoided the major stupidities of American and European governments this past twenty years. They have not squandered trillions of dollars and thousands of lives on futile wars in places of no importance. They have not opened China's borders to tens of millions of foreigners selected on no rational principle, swamping the nation's ethnic core, generating resentment and rancor.

They have in fact leveraged our own stupidities against us. Our good-natured naivety about international trade has made it easy for them to steal our intellectual capital; and the greed of our universities for foreign students paying full tuition, unrestrained by any limits on student visas, has greatly boosted their expertise in high tech:

Eighty percent of U.S. doctoral candidates in computer science and electrical engineering are foreign students, of whom Chinese are the largest contingent. Most return to China. The result is that the best U.S. universities have trained an excellent faculty for Chinese universities.

I took that from David Goldman's Russell Kirk Lecture, What is China’s Grand Strategy? [PDF], delivered at the Heritage Foundation on  May 22nd.

Goldman notes that foreign applications to study STEM subjects at American universities fell off in 2017, partly because Chinese students can now get their education in China, from professors we educated ten or twenty years ago.

Another quote from Goldman:

China fears nothing but America's technological edge, and that edge is eroding at an alarming pace … China devotes vast state resources to critical technologies, including, for example, fifth-generation broadband and its applications, quantum computing, quantum communications, Artificial Intelligence, and gene sequencing.

These things creep up on us. I'm thinking of Sputnik Moments.

When the U.S.S.R. launched Sputnik, the first artificial satellite, in 1957, it stirred American policymakers to action. Three months later DARPA, the Defense Advanced Research Projects Agency, was created; it eventually gave us the Internet. A few months after that came NASA, which put Americans on the Moon. Science and technology were hot, engineers were heroes.

Shall we have another Sputnik Moment? Will China perhaps, for example, crack the problems of quantum computing, suddenly making most of the world's internet encryption systems obsolete? Or give us cheap fusion power, ending the reign of fossil fuels for electricity generation?

If they do, shall we rise to the occasion as we did sixty years ago? Or shall we be too busy bickering about transgender bathrooms, healthcare for illegal aliens, and Presidential impeachments over picayune transgressions?

In retrospect, the U.S.S.R. of 1957 was not actually that formidable a competitor. Her civilian economy barely functioned. No American had anything in his house that said Made in the U.S.S.R…. well, with the possible exception of Bernie Sanders. The population was 200 million, only ten percent bigger than ours.

A Sputnik Moment with China sometime early in the coming decade will be a whole lot more challenging—way, way more challenging. China's civilian economy is already strong enough to call the shots on American firms, as the NBA found out last week. China's population is four times ours, and not tormented by endless ethnic squabbles.

Not to worry though. We should be OK. Look: We have way more Gender Studies graduates than they do, and way more lawyers!