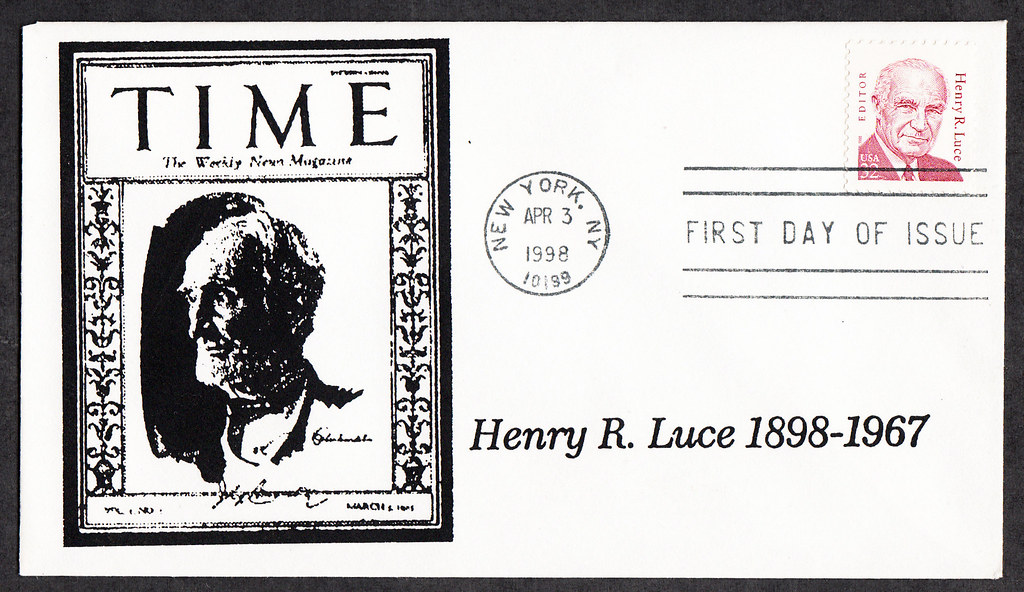 Corporate Culture—Review of To the End of Time, by Richard M. Clurman

To the End of Time: The Seduction and Conquest of a Media Empire.

In the spring of 1989, a bitter takeover struggle broke out over Time Inc., the white-shoe publisher of celebrated American institutions like Time and Fortune magazines, latterly diversified into television programming and cable systems. The struggle was precipitated by Time Inc.’s own management. It accidentally put the company “in play”—to use the contemporary Wall Street jargon—by announcing an agreement to merge through an exchange of stock with Warner Communications, an upstart movie, record, and cable-TV conglomerate with a decidedly unwhite-shoe image and a colorful and controversial chief executive, Steven J. Ross.

This attracted Paramount Communications, another movie and publishing conglomerate, which intervened with a takeover bid for Time Inc. itself. The Time Inc. management knew that its company’s shareholders would probably prefer Paramount’s ready cash to the combination of stock and hypothetical future advantages of the proposed merger. So it borrowed several billion dollars to buy Warner outright, at a 55-percent premium above what Warner stock had been trading in the market. Unlike the stock swap, this move did not require shareholder permission—at least arguably.

Paramount did argue. It sued, claiming that Time Inc. shareholders should be allowed to choose between buying Warner and its own offer for their shares. But a Delaware court ruled in the Time Inc. management’s favor. So the merger went ahead—with Warner’s Ross becoming “co-chief executive” and paradoxically emerging as the dominant force in the new company.

The media business is an unusual combination of the cultural and the commercial. In both areas, Richard Clurman’s account of the Time Warner merger has the smoothness and confidence to be expected from a former Time chief of correspondents—as well as, perhaps, the characteristic lack of nuance.

Commercially, for example, Clurman—like many journalists who usually write about politics—tends to treat companies as countries, or “empires.” This is natural and even dramatically appealing. But it can obscure practical questions like how a company makes its money (often very precariously) and who owns it (no single group of Time Inc. shareholders had control, explaining management’s urge to merge rather than risk a hostile takeover).

Culturally, Clurman is much taken with the conceit that Time Inc. was a WASP company and its founder, Henry Luce, an extreme conservative. Actually, of course, New York’s WASPs have long since gone the way of the Manhattan Indians. Well before the merger, there were many Jews in high places at Time Inc., including Henry Grunwald, who served as editor-in-chief of all Time Inc. magazines from 1978 to 1987 and followed in Luce’s footsteps as guardian of the company’s editorial values (much praised, particularly by the company itself). Time Inc. just was not as exuberantly and exclusively ethnic as Warner, headed by first-generation Brooklynite Ross. (Clurman quotes without censure “one of the Warner crowd” describing Time’s chief executive Richard Munro as “a state-of-the-art goy,” but he mentions no such uninhibited shorthand description of Warner.)

As for Luce, he was certainly anti-Communist and patriotic, especially compared to the prevailing media norm. But throughout his career he systematically promoted the liberal wing of the Republican party, culminating in a refusal to support the conservative insurgent Barry Goldwater when he captured the party’s presidential nomination in 1964. Luce died in 1967, well before the final triumph of the Republican Right under Ronald Reagan. But he might well have been little more comfortable with the Reaganites than his fellow-Yalie George Bush turned out to be.

These qualifications, however, are quibbles in the face of Clurman’s sustained and powerful reporting. Most of the time, the facts he has assembled speak clearly for themselves. And what they say is not pretty. It is hard to avoid the conclusion that Time Inc.’s managers—the “third generation” after Luce and, unlike him, not journalists but mostly advertising salesmen and financial types—were primarily concerned with enriching themselves personally at the expense of the company’s shareholders, on the one hand, and its employees, on the other. That they were able to get away with it with such relative ease suggests that the legal and institutional framework of American capitalism has developed grave flaws.

The Time Inc. managers were not even proposing to run the hijacked and merged company themselves. Thus Munro promptly retired, with stock worth $25-$30 million plus a guaranteed lifetime retirement income of over $1 million a year. And Time Inc.’s president, Nicholas J. Nicholas, got a series of huge pay boosts and a fifteen-year contract, valued by Clurman at $50 million and possibly “many times more,” which specified that much of it was due even if Nicholas were to be let go from his proposed post as Time Warner’s “co-chief executive” alongside Ross. (Which is what happened after this book was published, a development Clurman astutely foreshadows.)

These emoluments pale only by comparison with the extraordinary amounts the Warner executives had been paying themselves. And the merger was even more profitable for them because Time Inc. bought their holdings of Warner stock. Steve Ross, for example, received some $193 million, quite apart from his continuing $14-mil-lion base salary.

True, Warner was in the movie business, where such huge numbers had precedent. But they had never before been achieved in the print business. (And they were not achieved widely. Clurman notes that although Time Inc.’s editor-in-chief had long been paid the same as the company’s chief executive, in 1990 Grunwald’s successor, Jason McManus, received only one-fifth of Nicholas’s total compensation—which that year included $2.4 million cash and $12 million in stock options—and a thirtieth of Ross’s. This was far better than the rest of the editorial staff, decimated by a relentless cost-cutting drive triggered largely by the debt burden incurred to buy Warner.)

Moreover, the “Warner crowd” basically ended up running the merged company. Warner executives took most of the key posts. Warner directors dominated the key board committees. The Time Inc. management even moved into Warner’s offices, which needless to say were far more sumptuous.

The only respectable rationale for this is that Time Inc. needed Warner’s skills. And indeed, the record of the third generation had been undistinguished: no new magazines; the aborted TV-Cable Week launch costing an estimated $100 million; the only bright spot—television and cable—a second-generation idea. Clurman seems to accept the excuse that the magazine business was “mature,” i.e., no growth was possible. But in fact the 1980's were a historic boom decade for print. Time Inc. missed it completely.

Whether Warner, primarily a video company, can do any better is unclear in this account. Clurman treats Ross in particular as a charming buffoon who, when the Time Inc. management decided to immolate itself, was lucky enough to be standing there with a match. (Lighting other people’s cigarettes during negotiations is a famous Ross ingratiation technique.) But this may reflect another typical failing of much business journalism: businessmen spend a lot of time in grinding, detailed work that writers find difficult to contemplate, let alone assess. Ross’s career was made in the complex, dark, and dangerous jungle of Hollywood deal-making. Clurman’s vignette of Ross, awake in the middle of the night, reading the contract of two defecting producers, and spotting a loophole worth $500-$600 million, may be more significant than he realizes. Still, this hardly justifies the enormous price Time Inc. shareholders were made to pay.

Clurman is properly devastating in his account of the shareholders’ first line of defense: their board’s outside—i.e., nonmanagement—directors. These made no effort to meet with Ross before the merger, although the Justice Department had listed him as an “unindicted co-conspirator” in a bribery and fraud scandal. Nor after the merger did they reprove his continued efforts to claim still more of the company’s money. Outside directors are well paid: Time Warner directors now get $60,000 a year, with more for every meeting they actually deign to attend. Despite this, or perhaps because of it, directors are clearly too vulnerable to cooptation by management.

Clurman seems less concerned with the failure of the shareholders’ second line of defense: the law. Yet this is ultimately more serious. Time Inc. was incorporated in Delaware. The state courts there ruled that the merger need not be submitted to a shareholder vote because it was part of a “long-term strategic plan,” and also that the “mission of the firm” was not “wholly economic” but the protection of its editorial “culture.”

This was a shocking decision. There was little of the “long-term” or the “strategic” apparent in the Time Warner merger—just the ability of Time Inc.’s management to borrow money against the company’s assets in a big hurry. The editorial-culture argument could only apply to the print business, but this was just a part of the company. And even here, Time Inc. management had actually made no effort to institutionalize the peculiar editor-in-chief/chief-executive duumvirate set up by Luce to separate “church” (editorial) and “state” (the business side). One “senior Time executive” offered Clurman a damning explanation for the failure. In the rush to put the merger paperwork together, he said, “we forgot.”

The Time Warner merger offers a vivid illustration of the danger in departing from a system of clear, simple property rights. Time Inc.’s managers claimed to represent their employees and vague “editorial values.” In this cause, Time Inc. shareholders were denied the chance to accept Paramount’s offer of $200 a share (at least: a higher bid was rumored). Although Time Inc. management found experts to say the merged company’s stock could go to over $400, it actually fell to a low of $66 (and is now only about $110). The company’s magazines have continued to flounder. And its “editorial values” were most recently on display in its officers’ pious defense of a black rapper’s artistic freedom to make a record advocating the murder of policemen. The only indisputable fact is that the Time Inc. management ended up enriching itself.

To close on a personal note: in the course of a checkered career involving many business publications, I spent a year in the early 1980's as a writer at Time Inc.’s Fortune magazine. I felt I had stumbled across Conan Doyle’s Lost World—a plateau cut off from history, filled with exotic creatures who could never have survived elsewhere. Typically, American magazine editors do not edit but rewrite. Here, however, the rewriters were rewritten, many times. The final touch was last-minute intervention by the editor-in-chief from his 34th-floor Olympus, often on ridiculous points of style that had already been worked to death. The entire bureaucracy would keep grinding into the small hours—sometimes the quite large hours—fortified by expense-account dinners and limousines waiting for the homeward trip to Connecticut. The actual product was mediocre.

And, ultimately, the legacy of Luce himself must be judged wanting. Much Time Inc. pomposity and self-delusion can be traced back to his idiosyncratic attitude to the commercial side of the company and the grandiose claim in his will that Time Inc. was “a journalistic concern operated in the public interest.” In reality, of course, Time Inc. was a public company financed and owned by shareholders, of whom Luce was only one. For all his brilliance, Luce never thought through to the first principles underlying his position. It was the tragedy of his company, his party, and his caste.