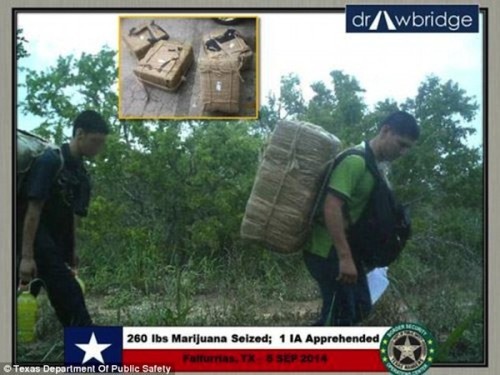 Despite the best laid plans of mice and John Boehner, the GOP Establishment cannot get any credit for trying to quietly sell an Amnesty pig in a border security poke. By standing strong against the Amnesty, Steve King has become the bull in the House Leadership’s china shop.  Not surprisingly, the Sunday New York Times took Congress’s leaving for what could be a pivotal August recess to beat the drum for Amnesty and to attack King in its editorial entitled Of Courage and Cantaloupes [August 3, 2013 ].

The NYT used the word “cantaloupe” because of Steve King’s celebrated comment that some illegal aliens are drug mules  with “calves the size of cantaloupes” from hauling marijuana on their backs across the border—a controversy I’ve addressed here and here and here.  The NYT attacks King and praises the pro-illegal alien demonstrators who delivered cantaloupes to congressional Republicans with the note “This cantaloupe was picked by immigrants in California. You gave Steve King a vote. Give us a vote for citizenship.”

The NYT motive for bringing up Steve King and the cantaloupes is explicit:

If reason doesn’t work, maybe embarrassment will, unease at having to associate with the anti-immigrant hard-core, exemplified by people like Mr. King, who is Exhibit A for those who see the ugly nativism behind the naysaying.

While this sentence is too ungrammatical to comprehend fully, I believe the editors are suggesting that, if the NYT’s impeccably logical case for “immigration reform” a.k.a. the Gangsters’ Amnesty/ Immigration Surge bill does not convince the GOP Leadership, then demonizing King as the most racist and extremist member in the House will scare them into repudiating all his positions.

I guess this is what they mean by “courage.”

What makes King “exhibit A” for “ugly nativism”? According to the NYT editors, he

…has likened immigrants to dogs and livestock. He has recently taken to calling them mules — drug runners, that is, with “calves the size of cantaloupes” from lugging marijuana bales over the border.

The New York Times’ put the hyperlinks in the original.  The reference to “dogs” links to a Salon piece that summarizes King’s statements about selecting immigrants.

Rep. Steve King, R-Iowa, compared immigrants to dogs at a town hall meeting yesterday, telling constituents that the U.S. should pick only the best immigrants the way one chooses the “pick of the litter.”

King told the crowd in Pocahontas, Iowa, that he’s owned lots of bird dogs over the years and advised, “You want a good bird dog? You want one that’s going to be aggressive? Pick the one that’s the friskiest … not the one that’s over there sleeping in the corner.”

King suggested lazy immigrants should be avoided as well. “You get the pick of the litter and you got yourself a pretty good bird dog. Well, we’ve got the pick of every donor civilization on the planet,” King said. “We’ve got the vigor from the planet to come to America.”

This summary is slightly out of context.  However, even out of context, it’s clear that King was only comparing immigrants to dogs insofar as he used the common idiom “pick of the litter.”

And the New York Times itself has used this phrase dozens of times.  For example, in writing about Elena Kagan’s Supreme Court confirmation, the paper approvingly noted “Judge [Abner] Mikva has called [Kagan] the “pick of the litter” for her year, but he insists that his clerks “were all good — any one of the 45 could be a good Supreme Court justice.”  [In a Mentor, Kagan’s Critics See Liberal Agenda, John Schwartz, June 25, 2010] (I would recommend his former clerk, Amy Wax, but I digress)

But did the NYT suggest that its beloved Left-wing judge was likening Kagan to a dog?

Right before King used the term “pick of the litter,” he also suggested we get the “Cream of the Crop” Does the NYT think he was likening immigrants to milk, or corn?

The NYT’s link to “livestock” takes us to a Leftist blog, Think Progress, which quoted King:

I also say we need to do a few other things on top of that wall, and one of them being to put a little bit of wire on top here to provide a disincentive for people to climb over the top or put a ladder there. We could also electrify this wire with the kind of current that would not kill somebody, but it would simply be a discouragement for them to be fooling around with it. We do that with livestock all the time.

Well, many Treason Lobby advocates of Amnesty support placing water stations out for illegal aliens crossing the desert.  [Water Drops for Migrants: Kindness, or Offense?, ] We also put out water for our livestock.  Can I accuse the amnesty supporters of treating immigrants like livestock?

Anyway, even if King had likened illegal aliens to livestock, then:

The NYT did sort of acknowledge that when King said “Drug mules” he was not literally comparing immigrants to donkeys.

But the NYT did not acknowledge that King was not referring to “immigrants” generally—nor was he even referring to illegal aliens generally.  Rather, as VDARE.com has pointed out exhaustively, he was saying, entirely accurately, that some illegal aliens are drug mules—proportionately more than the much-touted but largely mythical few who are high school valedictorians.

Do the NYT editors deny this fact? If not, why is noting that drug mules build up leg muscles by hauling drugs offensive?

Apparently, to the NYT editors, any mention of a plant or animal in the same sentence as an immigrant, legal or illegal, is dehumanizing.

But Steve King comes from an agricultural area where people actually are familiar with plants and animals and regularly refer to them in their idioms and analogies. There are literally hundreds of these used by farmers and city-slickers alike.

Republicans cannot regain the right to use animal-related idioms by supporting Amnesty and disavowing Steve King.  For example, Jack Kemp wannabe Rep. Paul Ryan has long been one of the strongest Amnesty boosters in the House. He recently blustered: “Rep. King’s remarks I disagree with and I disavow. They were wrong. And they should be said as such.” [Paul Ryan Disavows Steve King’s Remarks About DREAMers, Scott Keyes, Think Progress, July 26, 2013]

However, even after Ryan has slavishly supported the latest round of Amnesty, he was attacked for insensitivity because he

“referred to ‘catch and release’ tactics when referring to immigrants, outraging some of his constituents at the language often used to describe fish.”

Which brings me to what the NYT editors did not mention.

Despite their explicit attempt to create “embarrassment” for GOP leaders who do not separate themselves from King, the NYT editors completely ignored that Ryan, Eric Cantor and John Boehner all  disgracefully attacked King’s initial cantaloupe comments.

Furthermore, while the NYT editors attacked the GOP leadership’s “piecemeal” approach on immigration and the House’s vote to suspend Obama’s executive DREAM Act amnesty, they do not acknowledge that Boehner and Cantor are pushing their own version of the DREAM Act.

This should teach the GOP wolves in sheep’s clothing that they cannot weasel out of phony “racism” allegations by putting their tails between their legs and throwing immigration reform patriots like Steve King to  the wolves.

Do I  expect them to learn this lesson? In a pig’s eye!

"Washington Watcher" [email him] is an anonymous source Inside The Beltway