John Derbyshire Says: GOP Pigs (Including Bush Dynasty And Paul Ryan) Vote For Clinton. But Not Me.

I guess The Donald should be glad at least that his enemies can't play the Hitler card. Hitler seems to have been well-nigh sexless—definitely not a ladies’ man. Eva Braun once grumbled that he had never treated her like a woman. Nobody's quite sure what she meant, and whatever it was died with her in the bunker. But it's not a thing you can imagine a woman saying about Trump. 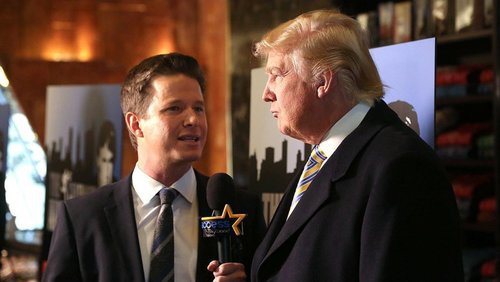 The tape that triggered the most recent fuss was of Donald Trump talking to Billy Bush back in 2005 (!) when both were involved with a TV celebrities show. It was bro talk, guy to guy, and not sensationally dirty. By the standards of our public culture—dialog in movies and novels, what you hear at a poetry slam or a rap concert, what you see at a Superbowl half-time show—it barely moved the needle on the filth dial. 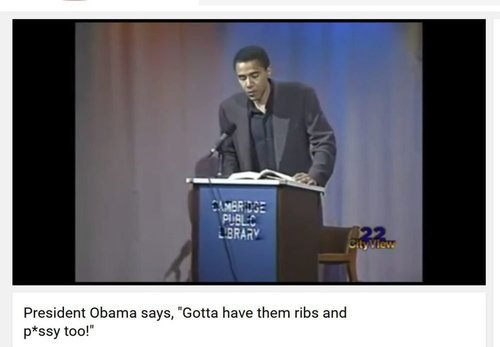 So what was all the fuss about?

Answer: the fuss is about Trump's political enemies figuring to peel a few ten thousands more female votes away from him—and the Main Stream Media of course enthusiastically pumping air into the thing to help them.

So the cry rang out around the nation: "Trump disrespects women!"

Does he? He clearly likes to try seducing beautiful women, including married ones. When rebuffed, however, as he tells us on the offending tape, he lets it go, as a gentleman should.

He is also cynical, when speaking in private to other guys, about how willing women are to let wealthy, powerful men grope them. But this is an area where it is hard not to be cynical. Quote from Tom over at the Radio Free New Jersey blog:

If we were going to measure all the various components of American society by the degree of dishonesty involved, at the very top would be the gap between what women want from men, and what they say they want.

The prophets of the "manosphere," where male-female relations are discussed in terms inspired by evolutionary biology, tell us that women want swaggering high-status alpha males—bad boys like Trump. What they say they want, on the other hand, is what our current state ideology tells them to say: friendly, well-behaved, non-threatening guys who offer them equality.

Which means the effect of releasing the Trump tape may not be altogether as intended.

I'm a bit ashamed to say that my first reaction to the fuss was in terms of national stereotypes. Every nation, of course, nurses stereotypes of the other nations it's familiar with: excitable Italians, hard-drinking Russians, money-grubbing Chinese, pugnacious Irishmen, and so on. Where the U.S. is concerned, the stereotype that my generation of English people grew up with was that American culture vigilantly patrolled by legions of prune-faced old maids who drank vinegar for breakfast.

The prune-faced old maids are still a significant demographic in the U.S.A.—and they are by no means exclusively female, as the scandalized squealing of Republican politicians like Mister Cuck himself, House Speaker and Open-Borders fanatic Paul Ryan, show.

But where were these schoolmarms of our culture when JFK was prowling the White House corridors for his daily lay? Where were they, for that matter, when his brother ran for President, to widespread enthusiasm among media and cultural elites, just a few years after leaving one of his playmates to drown?

Back to Ryan. I don't know whether people nowadays still read George Orwell's novel Animal Farm. It's a bit of a Cold War piece. The Cold War did happen, though. And, as I've remarked elsewhere, it was a very big deal. It has lessons to teach; and Orwell was one of our best teachers.

The story of the novel is that the farm animals, under the leadership of the pigs, stage a revolution against the human owners of the farm. They drive out the owners and take the place over, again under the pigs' leadership.

In the last chapter, though, an odd thing happens. The pigs start behaving like humans. One day, as the other animals are hard at work weeding the turnip field, the pigs invite a delegation of neighboring farmers—all humans, of course—to inspect the pig-owned farm. Then the pigs and their human guests have a party in the farmhouse.

The other animals hear laughter and singing from the farmhouse. They sneak up to look in through the windows at what's going on. They see the pigs and the humans in happy concord, making flattering speeches and toasting each other. Last line of the novel:

Watching the GOP's response to this media-manufactured outrage, I've feeling a bit like one of those farm animals. Do we really have two political parties, each representing a broad interest? Or is the current party system just a hoax on the rest of us by an Establishment who all fundamentally believe the same things?

Once you get into that frame of mind it's natural to start wondering whether release of the dirty-talk tape was an operation by the GOP Establishment to discredit Trump.

There has been much speculation along those lines on the internet—see for example our own James Kirkpatrick on Thursday this week.

And there is considerable circumstantial evidence to support these speculations. A key figure here is Dan Senor, a fierce NeverTrumper who is a senior advisor to Paul Ryan. Senor's wife was employed at NBC back when the infamous tape was made. It was NBC that produced the show Trump and Billy Bush were working on. Mrs. Senor has herself hinted that she was the conduit for passing the tape from NBC archives to the Washington Post, who then publicized it.

All possible, but none of them strikes me as canny enough. I would look higher up the GOP Establishment totem pole.

On a word-association test with the phrase "Republican Establishment," the Bush dynasty comes to mind immediately. Billy Bush, the guy Trump was talking with on the tape, is a core member of that dynasty. His Dad, Jonathan Bush, is the younger brother of Poppy Bush, Bush 41. Bush 43 and Jeb are his first cousins.

Jeb for one would sacrifice a limb and a couple of major organs to hurt the Trump campaign. It's easy to imagine Billy, who seems not to be the brightest bush in the shrubbery, being called in to a family conference with these elders.

So after a nice convivial family dinner and a few drinks, Jeb says: "Billy, when you were doing that TV celebrity show a few years ago … what was that show?"

"That's the one," says Jeb. "Weren't you working with Donald Trump there for a while?"

"Doesn't he have kind of a potty mouth, though?" asks Jeb.

"Well," says Jeb, "I'd sure like to hear him off the record. Just to, you know, get the measure of the guy. He might be our next President, after all."

"Hey, I can put out feelers, see who might have access to the show tapes for you, no problem," says Billy.

"Unedited?" says Jeb. "I'd like to hear Trump talking naturally, what you call bro talk. Just to get inside his head."

You think this is far-fetched? I don't. The Bushes are globalists in the marrow of their bones, especially in regard to our southern neighbor. Poppy Bush was thick as thieves forty years ago with Mexican elite figures like Raul Salinas Lozano, whose son Carlos was President of Mexico in the early 1990s. Jeb himself told us early in this election campaign how he likes Mexicans much better than he likes Americans. Possibly that was a factor in his failure to win the hearts of American voters, I don't know.

For the Bushes, Trump's negativity towards Mexico and his promise to build a proper, well-defended national border, must have sounded outrageously shocking. Confronted with evil like that, they may well have concluded that drastic measures were called for.

Sure, it's all speculation. We'll have to wait twenty years or so for the memoirs to know for sure. As I look from pig to man, though, and from man to pig, and from pig to man again, it's definitely getting harder to say which is which.

In contrast, look at Trump's Thursday speech in West Palm Beach, Florida. It was a good angry speech—except that, as always, I wish we'd heard more on the National Question. Trump's mid-August policy paper on immigration, for example, promised that he would end Birthright Citizenship: a popular position with half to two-thirds of voters liking it, depending on how the question is framed. Why can't we hear more about that?

But there were some gems in the speech—and I thought this came straight from the heart:

This is our moment of reckoning as a society and as a civilization itself. I didn't need to do this, folks, believe me—believe me. I built a great company, and I had a wonderful life. I could have enjoyed the fruits and benefits of years of successful business deals and businesses for myself and my family. Instead of going through this absolute horror show of lies, deceptions, malicious attacks—who would have thought?

I'm doing it because this country has given me so much, and I feel so strongly that it's my turn to give back to the country that I love.

I think the guy's sincere.

And I can't imagine saying that about Mrs. Clinton, in any context at all.

I voted for Donald Trump in the New York primary in April. I look forward eagerly to voting for him again in November.