The New York Times recently grumbled that, headline: Trump's Cabinet So Far Is More White and Male Than Any First Cabinet Since Reagan's. [By Jasmine C. Lee, January 13, 2017] 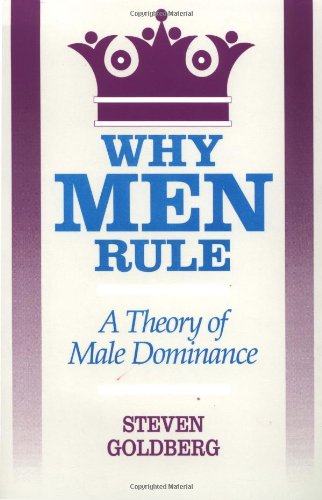 Well, duh. Trump is the first President since Reagan who does not either subscribe whole-heartedly to the Diversity ideology or, like the Bushes, from a mistaken notion of noblesse oblige, yield easily to those who do. His career shows no evidence of prejudice (unless you think the theory of Disparate Impact is sound, which I don't). I've no doubt he'll hire in capable blacks or females when any such show up.

Pickings are slim, though, for reasons to do with biology in both  cases.  (See James Fulford's Disparate Impact: PJMedia’s 13 Obama Admin “Incompetent Failures” Has Only 4 White Males (And An Unknown Number Of Lesbians)) 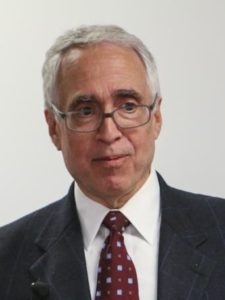 If Mr. Trump's nominees are confirmed, women and nonwhites will hold five of 21 cabinet or cabinet-level positions. He has not yet named nominees for two additional positions.

"Donald Trump is rolling back the clock on diversity in the cabinet," said Paul Light [Right] a professor at New York University's Wagner Graduate School of Public Service.

End whine. I looked up Prof. Light [Email him] on the NYU faculty web page, to save you the trouble. He's a white guy. 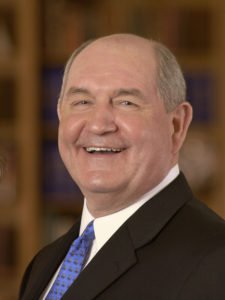 Of those two nominees not yet named at the time of the report, one now has been: Sonny Perdue (right)  another white guy, nominated as Secretary of Agriculture. The other one, Chairman of the Council of Economic Advisers, has still not been named as I go to tape here.

One of the other names Trump considered for Agriculture Secretary before settling on Sonny Perdue was Abel Maldonado, the Republican Lieutenant Governor of California. If he'd been the pick, that would have put one Latino in among Trump's cabinet choices. As it is, the number of Latinos is zero.

The fact that he'd at least interviewed Maldonado tells us Trump didn't purposely leave Latinos off his lists. I guess he just didn't find any he was sufficiently impressed by. That's no consolation to the ethnic activists, though, or to white ethnomasochists like Prof. Light who support them. Said Thursday's headline on CultMarx website Huffington Post, headline: Spokesman Defends Donald Trump's Decision To Exclude Latinos From Cabinet. [By Elise Foley, January 19, 2017] 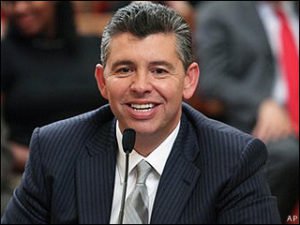 The spokesman referred to there was Trump's incoming press secretary Sean Spicer. Just look at the wording of that headline, though: "Trump's Decision To Exclude Latinos." He excluded them. He ruled them out. Where is the evidence for that? He didn't rule out Maldonado (right) as a possible; he gave over time to considering him, which he wouldn't have done if he was excluding.

Perhaps we at last have a Chief Executive who doesn't give a fig for the ethnic bean-counting too many of our institutions have been obsessed with for too long.

Perhaps he just works down lists of names and picks what seem to him to be the best, without regard to race or sex. What a revolutionary concept!