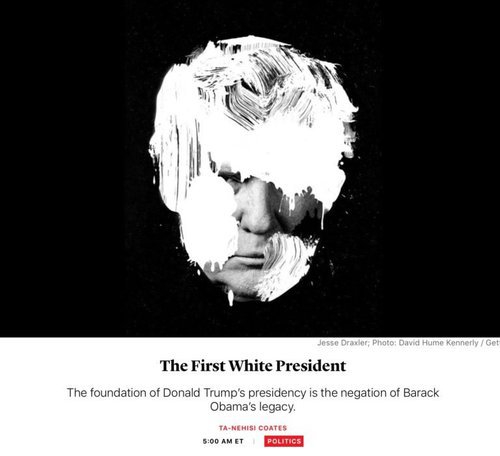 Good news for David Brooks  [Email him] and other guilty white cuckservatives/ liberals everywhere yearning for a nonthreatening black person to gush over: Ta-Nehisi Coates [Tweet him] has a new long article out in The Atlantic this week. [The First White President |The foundation of Donald Trump’s presidency is the negation of Barack Obama’s legacy,October 2017]

Yes, America's “foremost public intellectual”—polymath, philosopher, master stylist, and recipient of a MacArthur genius grant—Coates has favored us once again with an analysis of our current discontents.

This comes after a dry spell when he had nothing much to say, while the hungry sheep looked up and were not fed. Anyway, I think it does. Unless I missed something—for which, if I did, I hope I may be forgiven—this is the first major piece of writing by Genius T. Coates (as Steve Sailer, who is an authentic genius, calls him) since his 2015 anti-white bestseller Between the World and Me.

That book itself came a year after the author struck lightning through the world of social commentary and got tingles shooting up Goodwhite legs nationwide with his 2014 article "The Case for Reparations," which also appeared in The Atlantic, and which demanded that white people give black people stuff because blackety-blackety-black black black blackety-black. 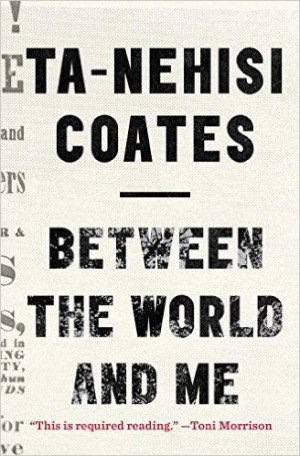 This new piece is shorter than either of those two efforts. The reparations thing was fifteen thousand words; the book was 176 pages, which means around sixty thousand words. This week's Atlantic piece is only eight thousand words, so Genius T. Coates is merely clearing his throat here.

Perhaps our “foremost public intellectual” is husbanding his energies for a new book. Or perhaps he's just running out of ways to say, "I hate white people!"

Either way, eight thousand words should be enough to inspire David Brooks to another New York Times column agonizing over whether a person as shamefully white as Brooks even has "standing" to pass comment on the Thoughts of Chairman Coates. [Listening to Ta-Nehisi Coates While White, July 17, 2015]

So what's it about, this week's eight-thousand-word Genius T. Coates essay in The Atlantic? I wish I could tell you. Oh, I get the gist all right: He hates white people. At any resolution finer than that, though, he loses me.

The title is: “The First White President.” This is about Donald Trump, of course. Subtitle: "The foundation of Donald Trump's presidency is the negation of Barack Obama's legacy" … which has a nice sort of anapestic lilt to it. That is not necessarily to Coates' credit, of course. The titles of magazine pieces are most often thought up by editors, not by the author.

The body of the article, however, is Genius T. Coates' entire responsibility. So again: What's it about? And again: Sorry, I don't know, at any level below the most general.

Look: I'm no stranger to hard-to-read stuff. When I was a college student I read all the novels of Jean-Paul Sartre, just because everyone else was reading them. For academic purposes—by way of getting a degree, I mean—I read Riesz and Szőkefalvi-Nagy's Functional Analysis, Kant's Prolegomena to Any Future Metaphysic, and the first 56 chapters of Russell and Whitehead's Principia Mathematica, which is mostly written in a symbolic language they invented for the purpose.

Then in later life, as a book reviewer, reading for money, I have forced myself to read a lot of stuff that brought to mind Dorothy Parker's alleged response to some tome she had been asked to review,: "This book should not be set aside lightly. It should be thrown with great force." Eh, one has to make a living.

Genius T. Coates, however, I just cannot read. The prose is impenetrable.

There is an interesting philosophical, or perhaps psychological question here. Do I find Genius T. Coates unreadable just because he's anti-white? Might a different writer, with a different background and style, be able to write eight thousand words of white-hating polemic that I would be able to read? 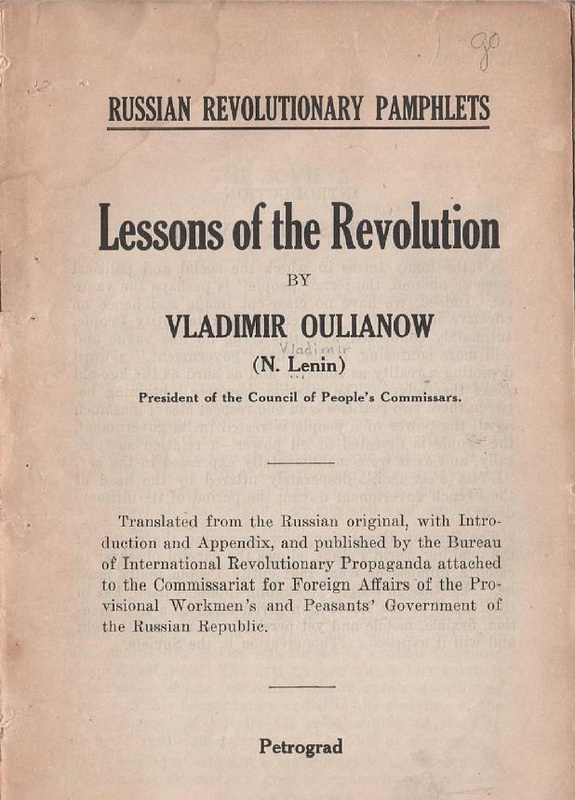 I'm pretty sure the answer is "yes." I can't recall anything precisely anti-white that I read without difficulty—note please that the criterion here is not "read with pleasure," it's "read without difficulty"—but I've read some of Lenin's essays (in translation) with interest. Lenin was a very evil man; the evil genius of the 20th century, in my opinion. He sometimes makes you think, though.

Genius T. Coates, however, is turgid, dull, and pretentious. He sometimes makes you laugh, but only by accident; his intentions are perfectly humorless.

How do I know he makes you laugh if I can't read him? Well, I read Mark Hemingway's critique of this latest Genius T. Coates manifesto. [Ta-Nehisi Coates and the Glowing Amulet of Identity Politics,September 7, 2017]  Mark's writing in the neocon, Never-Trump magazine Weekly Standard. He includes some quotes from Genius T. Coates; and I made it through the quotes OK without chewing my arm off. Sample:

But whereas his forebears carried whiteness like an ancestral talisman, Trump cracked the glowing amulet open, releasing its eldritch energies.

"Eldritch"! That's an H.P. Lovecraft word. Has Genius T. Coates been catching up on his gothic fantasy literature? Are there other Lovecraft words in this piece? "Miasmal"? "Cyclopean"? "Cacodaemoniacal"?

I'd do a Ctrl-F on the piece and tell you, but my eyelids grow heavy just looking at a Genius T. Coates article … Sorry, I really have to go lie down and take a nap …

I’ll leave you with what I said in 2015 after Genius T. Coates. MacArthur Foundation grant was announced:

Of course, we all know what's going on here. This is a skirmish in the Cold Civil War. Coates, meritless in himself, is just a handy token. This is goodwhite elites—as represented by the MacArthur Foundation—sticking a finger in the collective eye of badwhites.

This is just affirmative action taken to the next level. Coates got the grant for being this year's Pet Black, just as Barack Obama got the Nobel Prize for being Pet Black of 2008. It's goodwhites' way of mocking and humiliating the tens of millions of nonblacks who are better writers than Coates, the tens of millions who are worthier of a Nobel Prize, on any rational meritocratic basis, than Obama.

In other words, it's goodwhites jeering at badwhites. There isn't much we can do but jeer back, so that's what Radio Derb will do.

To Ta-Nehisi Coates I say: Hey, guy, how ya doin'?

John Derbyshire [email him] writes an incredible amount on all sorts of subjects for all kinds of outlets. (This no longer includes National Review, whose editors had some kind of tantrum and fired him. ) He is the author of We Are Doomed: Reclaiming Conservative Pessimism and several other books.  He has had two books published by  VDARE.com com:FROM THE DISSIDENT RIGHT (also available in Kindle) and  FROM THE DISSIDENT RIGHT II: ESSAYS 2013.