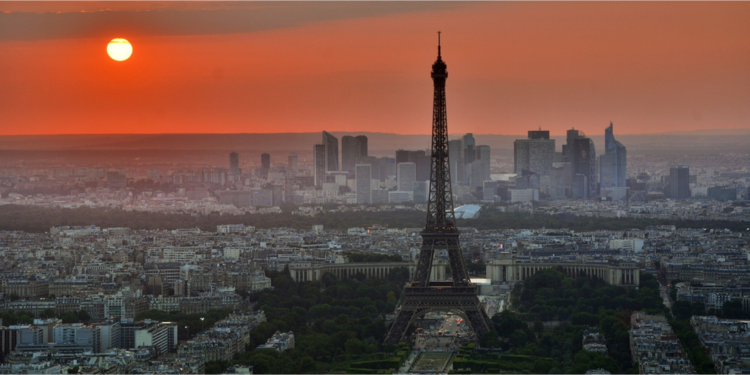 Probably not since the German army descended upon Paris in 1940 have the French—and European and American—political and media establishments greeted a political event with the level of hysteria with which they met the second-place finish of French nationalist Jean-Marie Le Pen in his country's first round of presidential voting last week.

Mr. Le Pen won a little more than 16 percent of the votes, but that was more than enough to render most of the Atlantic ruling class virtually comatose with terror.

"Saying democracy itself is in peril," the Washington Post reported a few days afterwards, "leaders across the French political spectrum today launched an emergency effort to prevent" a Le Pen victory in the presidential run-off of May 5, when he will face incumbent President Jacques Chirac. [Washington Post, April 23 2002,  Parties Vow To Unite to Bar Rightist In France.]

Nor were the French "leaders" alone in crawling for the political panic room. Ministers and politicians of both "right" and "left" in the governments of Spain, Great Britain, Germany, Italy and the European Union itself denounced Mr. Le Pen and openly told French voters not to cast their ballots for him.

Just to display their deathless commitment to "democracy," Mr. Le Pen's colleagues in the European Parliament jeered him from the podium this week and prevented him from speaking, despite his own membership in the elected body.

Real democracy really is in peril, but it's not Mr. Le Pen who threatens it.

What exactly does Mr. Le Pen threaten to do to elicit this kind of psychosis? Mainly he promises to end abortion and same-sex marriages, stop legal immigration, kick out all illegal immigrants, maybe withdraw from the EU and generally get tough on law and order. Most of his program is in fact not very different from what most American conservatives support, though that doesn't stop their spokesmen from denouncing him in the same shrill tones as the Europeans.

Yet, for all the delirium into which he has managed to cast his country and his continent, Mr. Le Pen almost certainly will not win. He has never polled more than about 15 percent of the popular vote, and may not even reach more than 20 percent in the runoff. Quite pompously, President Chirac has refused to debate him, intoning that "faced with intolerance and hatred, no debate is possible."

Mr. Chirac's principled distaste for "intolerance and hatred" apparently does not induce him to renounce the endorsement he has just received from the leader of the French Communist Party, who could tell us all a thing or two about intolerance and hatred. Indeed, Mr. Chirac has good reason to avoid a debate, given the allegations of corruption that have plagued his administration, and one major reason for Mr. Le Pen's second-place finish ahead of the Socialist Lionel Jospin was, as the Wall Street Journal noted, "that Messrs. Jospin and Chirac have shared power for the past five years and ... their middle-of-the-road platforms are barely distinguishable."

Nevertheless, even though Mr. Le Pen will not win, his showing has already accomplished something of major importance, not only for French and European politics, but for the politics of the whole First World.

First, the political gang rape of Mr. Le Pen tells us something important about what is called "democracy" today. "Democracy" as the term is now used has nothing to do with the "rule of the people," the consent of the governed, or even with broad political participation. "Democracy" means merely the monopoly of power by the political parties, ideologies and special interests that prevail.

Anyone who accepts that monopoly and its agenda—even communists—is for "democracy." Anyone who challenges it—even fairly conventional conservatives like Mr. Le Pen—is an "extremist," an apostle of "intolerance and hatred."

Second, the real reason for the demonization of Mr. Le Pen is his opposition to immigration—not any "anti-Semitism," "racism," or "sympathies for fascism" that this veteran paratrooper supposedly harbors.

What that means is that mass immigration is now enshrined as an inherent part of European "democracy," far more than such relics as national sovereignty or real democracy itself, and anyone who opposes it or questions it is outside the system.

Thirdly and most importantly, what Mr. Le Pen has proved is that a new fault line runs through French—and European and probably American—politics. It is not a line between right and left but between those who stand for their nation, race and civilization, on the one hand, and those who stand against them—and for "Democracy" and the "New World Order" and their "multiculturalism"—on the other.

Mr. Le Pen may not live to see his side win, but he has succeeded in unleashing and mobilizing the political forces that can ultimately push its enemies out of the monopoly of power they now grasp.