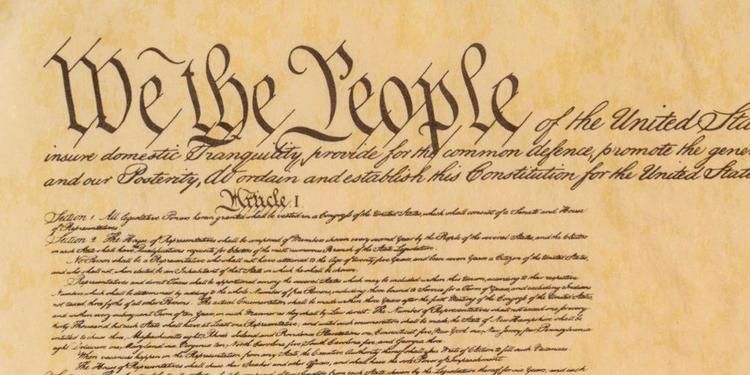 Michael Barone, The Immigrant Invasion, And Our Posterity

Here at VDARE.com, we've had some fun over the years at the expense of both the Wall Street Journal editorial page and of Michael Barone.

Still, Barone's May 8th Wall Street Journal Op Ed The Realignment of America: The native-born are leaving 'hip' cities for the heartland is worthy of congratulation.

From its tagline "Demographics Is Destiny" to its illuminating use of statistics to its frankness about the effects of immigration—"The economic divide in New York and Los Angeles is starting to look like the economic divide in Mexico City and Sao Paulo"—Barone's essay reads more like a VDARE.COM contribution than the disingenuous Open Borders cheerleading for which both the WSJ and Barone have been notorious.

May this mark a turning point!

Our criticism over the years of Barone's immigration writings has been driven by the frustrating awareness that he could do far better. Whereas, say, Main Stream Media quotemonger Tamar Jacoby has never demonstrated much sign of being capable of grasping the immigration issue—and thus, annoying as she is, she may actually be sincere—Barone can't plead invincible ignorance.

Many columnists never displayed much expertise on anything. But Barone is the editor of the biennial Almanac of American Politics

. He has visited every one of the 435 Congressional Districts. He has earned his pundit spurs through his prodigious knowledge of local demographic and voting patterns.

Barone's methodology in the WSJ essay is straightforward and insightful. He compares the top 50 metropolitan areas (home to 54 percent of America's population) in 2000 and 2006, and divides them into four categories based on the causes of their population changes.

"This is something few would have predicted 20 years ago. Americans are now moving out of, not into, coastal California and South Florida, and in very large numbers they're moving out of our largest metro areas. They're fleeing hip Boston and San Francisco, and after eight decades of moving to Washington they're moving out. The domestic outflow from these metro areas is 3.9 million people, 650,000 a year. High housing costs, high taxes, a distaste in some cases for the burgeoning immigrant populations—these are driving many Americans elsewhere."

(Few "would have predicted" it, eh? Well, Peter Brimelow actually reported this trend, based on census data, in his much-denounced book Alien Nation some twelve years ago. Barone seems to have missed this, apparently because he was so scandalized by its single sentence noting that Brimelow's son Alexander has blue eyes and blond hair, although it merely illustrated the way the interaction between immigration and affirmative action whipsaws Americans who don't belong to the "protected classes".)

"Both secular top earners and immigrant low earners vote heavily Democratic…Democratic politicians like to decry what they describe as a widening economic gap in the nation. But the part of the nation where it is widening most visibly is their home turf, the place where they win their biggest margins (these metro areas voted 61% for John Kerry) and where, in exquisitely decorated Park Avenue apartments and Beverly Hills mansions with immigrant servants passing the hors d'oeuvres, they raise most of their money."

My 2005 VDARE.com article Affordable Family Formation–The Neglected Key To GOP's Future explained the logic underlying the political patterns Barone has now noticed. Coastal cities have, by definition, a smaller supply of dry land for suburban expansion, so housing prices are higher. This discourages people from getting married and from having children, which means the GOP's "family values" stances strike them as irrelevant or irritating. In contrast, in inland parts of the country where it is economical to buy a house with a yard in a neighborhood with a decent public school, you'll generally find more Republicans.

Now, Detroit is actually being reclaimed by the forest—an amazing phenomenon lovingly chronicled by the fascinating Detroitblog, for example here and here.

Unfortunately, by the end of piece, Barone is back to his usual optimism about how this demographic turmoil is good for the GOP as voters abandon the old Democratic cities like Detroit and San Francisco for GOP-friendly new cities like Phoenix and Dallas etc. etc.

We've analyzed the voting arguments before here at VDARE.COM. Basically, they're nonsense. The GOP is committing suicide by immigration policy and by being too timid to appeal directly to its white base—an option we have dubbed the "Sailer Strategy".

So, for a change, let's look at the quality of life question. Are the Americans who are being driven from the Coastal Megalopolises to the Interior Boomtowns better off because their old cities are filling up with immigrants who outbid them in the housing market—typically, because the foreigners don't mind living with an entire extended family under one roof?

Many conservatives these days have tried to make a virtue out of economic necessity. They insist that, say, cheap Las Vegas with its endless expanses of new suburbs, is a better place to live than, oh, expensive Boston, with its complicated coastline, parks, campuses, and restrictions on development in the name of preserving its ancient small towns.

For some people, no doubt, Sin City is better. But when did it become a betrayal of conservative values to appreciate a city such as Boston, with its nearly four centuries of tradition? Which city would Edmund Burke have preferred?

It's a remarkable achievement of Americans that they are constantly building a civilization from the dirt up out on the exurban frontier as they flee the high cost, bad schools, congestion, and crime of their old homes.

Yet, by necessity, these are thin, poorly rooted civilizations, better endowed with power malls than symphony halls.

Maybe you don't care about culture. But what about weather? Coastal Megalopolises generally have milder climates than Inland Boomtowns due to the moderating effect of water. Even in Chicago, the lakefront is notably warmer in winter and cooler in summer than the inland suburbs.

America is a huge country, but the fraction of it blessed with a Mediterranean climate is comparatively miniscule. The Mediterranean zone's advantages for human habitation are not just the famous sunshine in winter, but also the absence of humidity, mosquitoes, and excessive heat in summer. It's found only in Southern California (between the beach and the mountains) and in Northern California (in the first valley inland from the foggy coast).

So why has our government chosen to turn much of this thin strip over to foreigners?

Barone's article inspires the question: Where do you want your children and grandchildren to live when they grow up?

My answer is: "I want them to be able to afford to live wherever they want."

Ideally, they'll make lots of money (they sure aren't going to inherit it). But, you know, that might not happen. So I'd appreciate it if our government would help out what the Preamble to the Constitution calls "our Posterity" by protecting affordability—which means passing good immigration laws and enforcing them.

Is that so much to ask?