VDARE.com Note: Anarcho-Tyranny has been defined as "the system whereby the shopkeeper is denied a permit for a pistol, and the robber is given probation". In campus terms, it means that the Administration can stop any expression of heterodox opinion, but feels constrained to let mobs riot and burn, to avoid damage to the rioters.

Springtime may be in bloom, but snowflakes never go out of season at America's most prestigious colleges and universities. 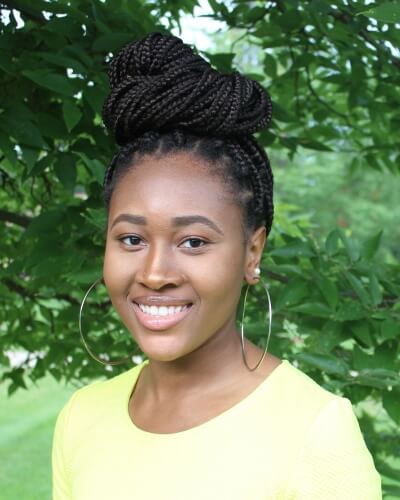 Quivering students at the University of Notre Dame launched a protest last week against the school's decision to invite Vice President Mike Pence as commencement speaker. Activist Imani Mondane [Email her] told the campus newspaper that she and her peers felt "unsafe" and threatened by "someone who openly is offensive but also demeaning of their humanity and of their life and of their identity."

In other words: The mere presence of a public official whose policy positions veer from acceptable left-wing norms is a public safety hazard.

At Wichita State University, the student government voted to refuse official recognition of the libertarian Young Americans for Liberty group because it supports—gasp!—the First Amendment. Since other chapters of the group across the country have invited controversial conservative speakers to their campuses, the Kansas safe-spacers argued, it would be "dangerous" to allow them to operate in Kansas. 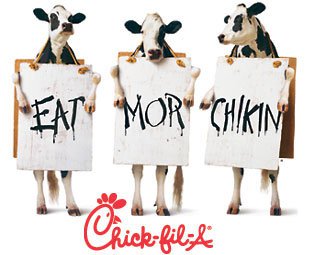 And at Duquesne University, students have now declared that welcoming a Chick-fil-A on campus would put their "safe place" at "risk" because the founders of the fast-food company defended traditional marriage.

What the cluck? These millennial chicken littles have grown softer than the insides of waffle fries.

While they hype the existential dangers of exposure to discomfiting ideological dissent, the bubble-wrapped brigade ignores the real menaces in the academy. 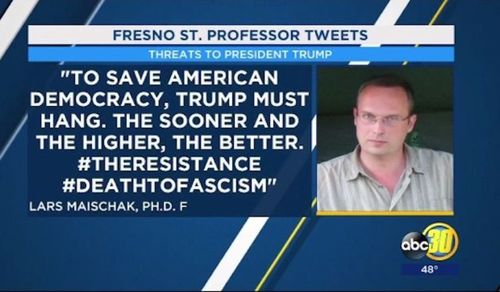 Take vengeful Fresno State professor Lars Maischak.[Email him] He's been on the loose on social media, tweeting earlier this year that "Trump must hang." Just to be clear, he added: "The sooner and the higher, the better." In retaliation the administration's crackdown on illegal immigration, Maischak proclaimed, "two Republicans" should be "executed" for "each deported immigrant."

Using the hashtag "#TheResistance," Maischak tweeted: "Has anyone started soliciting money and design drafts for a monument honoring the Trump assassin, yet?"

The unhinged academic also tweeted a photo of a bullet with the caption: "Finally discovered! A cure for racism. Take one, administered straight to the cranium."

I can't say "lock and load" or do the "Charlie's Angels" finger gun pose without being accused of inciting violence. But this assassination-obsessed loon can tweet his twisted heart out on Twitter with impunity. (Where's that Twitter Safety Council when you need it?) Of course, Maischak denies harboring any hatred and claims he's the innocent target of a "digital lynch-mob." As Manhattan Institute scholar and "The War on Cops" author Heather Mac Donald recounted in City Journal, she became "the target of such silencing tactics two days in a row last week" at Claremont McKenna College and UCLA. Baying protesters chanted, "We are here to shut down the f—ing fascist" and "From Oakland to Greece, f— the police." She was forced to livestream her talk from an empty room while agitators pounded on the windows outside. Then she was whisked away in an unmarked Claremont Police Department van.

Who's unsafe on campus? The social justice mobsters play victim but wield bloodied brass knuckles in the ivory tower against any and all who threaten their orthodoxy and power.