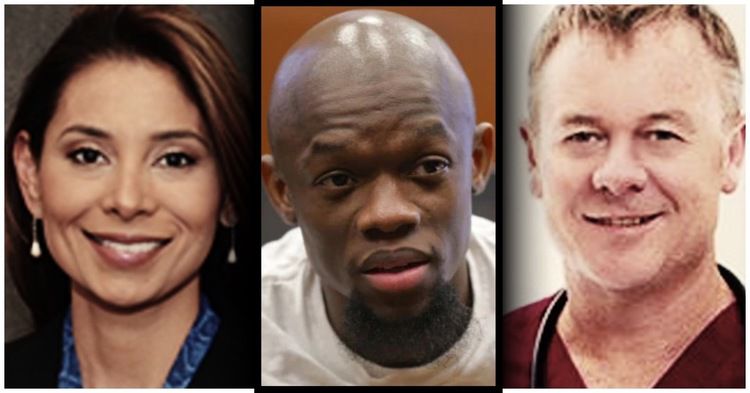 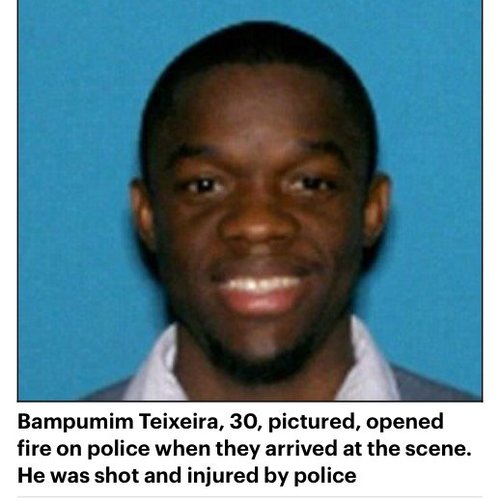 Here is a chilling case of sanctuary chickens coming home to roost.

Upon being convicted of armed robbery, kidnapping, home invasion and the brutal murders of two doctors on Tuesday, African criminal Bampumim Teixeira taunted the Massachusetts prosecutor who won the case and vowed to rape his wife. "You better hope I don't get out of jail," Teixeira threatened as he was dragged away in handcuffs by a quartet of court security officers. The killer appeared to greatly enjoy the media spectacle while striking fear into the hearts of innocents. He will be sentenced on Friday.

I am outraged on behalf of the victims' families and pray for the prosecutor's loved ones. But let's be clear: This homicidal beast is a beneficiary of liberal Bay State policies that coddle foreign evildoers and give them cover to wreak havoc in our homeland. The architects of open borders Boston have blood on their hands.

Teixeira was a repeat offender well-known to law enforcement and government officials before he snuck into the South Boston condo of Richard Field and Lina Bolano in 2017, bound and gagged them, slit their throats and stabbed them to death. A homeless vagrant from Guinea-Bissau in West Africa, Teixeira had been convicted of two bank robberies and was released from prison just weeks before the massacre at Field and Bolano's condo. This thieving bum's lawyer secured a deal with the Suffolk County district attorney's office to sentence him to 364 days for the second heist and downgraded the second felony crime to larceny.

Why one day shy of a year? Why the reclassification of a felony to a misdemeanor?

The soft-on-alien-crime agreement allowed him to escape deportation, which any green card holder would normally face for committing crimes of moral turpitude or crimes that result in sentences of 365 days or more. Ultimately, he served only 9 months behind bars. This evilness is part of a nationwide move by far-left Democratic prosecutors, many subsidized and supported by open borders billionaire George Soros, to minimize "collateral immigration consequences of criminal convictions" and help immigrants evade "disproportionate collateral consequences, such as deportation. All in the name of "public safety" and celebrating diversity, of course.

For those outside of New England, let me tell you about the infamous public enemy, Suffolk County DA Rachael Rollins. [Tweet her]In March, she ordered her employees to monitor and snitch on federal ICE officers hanging around any courthouse while trying to do their jobs. She is overseeing a radical "restorative justice" agenda to decrease arrests, detentions and prosecutions for both citizens and noncitizens. Our office, she announced, "will begin to factor into all charging and sentencing decisions the potential of immigration consequences."

Let me translate that for you: If foreign adults commit crimes that would separate them from their families and lead to imprisonment and deportation, DA Rollins will drop charges or shorten sentences in the name of social justice—the law-abiding victims of these criminal immigrants be damned. 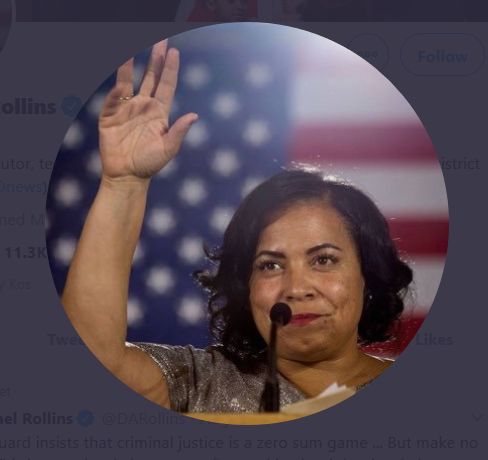 The anarchy-promoting DA (pictured right) grudgingly admitted to Boston talk show legend Howie Carr earlier this year that the Teixeira case was a "horrific situation." She said she would have "no problem" deporting convicted criminal immigrants, but only after they "shoot or rape or kill somebody." In other words: Always look the other way at immigration crimes until it's too late to save the lives of innocent people sacrificed at the altar of open borders.

As the people of Boston face a crucial vote by their city council this week on whether to make their sanctuary policies even more radical and welcoming for the world's homeless, jobless, drug dealers and gangbangers, I have questions:

Why shouldn't foreign law-breakers face "immigration consequences" for every single civil and criminal law they violate?

Why are Soros-bots across the country elevating the rights of criminal immigrants above law-abiding citizens?

Why aren't more Americans rising in revolt against open borders-sponsored politicians and prosecutors turning our neighborhoods into safe spaces for foreign outlaws?

Over the past three months, thousands have joined me at rallies to Stand with ICE and defend America First in so-called sanctuary cities from Boston to Aurora to Portland to Montgomery County, Maryland? What about the rest of you? What's your excuse?