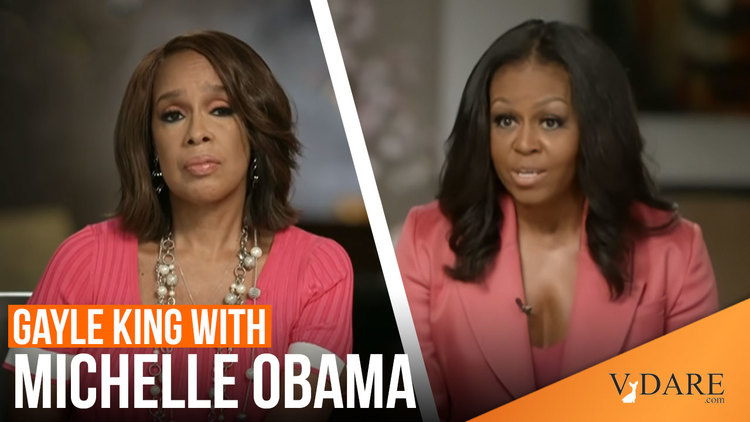 Former President Barack Obama's bitter other half is at it again. Just when you think the former first lady's deep well of racial resentment has run dry, her headline-generating grievances gush forth anew. Gripe springs eternal.

This week, Michelle Obama told Oprah Winfrey's bestie Gayle King on CBS News that "many of us still live in fear" after the conviction of former Minneapolis police officer Derek Chauvin in the George Floyd case. By "us," she apparently means black Americans. But Obama (estimated net worth with her husband: $70 million–$135 million) and King (yearly salary at CBS: $5.5 million) aren't just any black Americans. Their twin self-delusions are a sight to behold.

"(Going) to the grocery store" strikes fear in her heart, Mrs. O bellyached. (Never mind the lifetime Secret Service protection and tax-subsidized travel costs she receives to the tune of up to $500,000 per year.)

Just "walking our dogs" chills the bone, King chimed in. (Never mind the private security detail she travels with, like so many celebrities in her strata do.)

And the icing on unwell Michelle's complaint cake? This "driving while black" lament: "Allowing our children to get a license" is terrifying, the multimillionaire elitist sighed and decried, because "every time they get in a car by themselves, I worry about what assumption is being made by somebody who doesn't know everything about them. The fact that they are good students and polite girls, but maybe they're playing their music a little loud, maybe somebody sees the back of their head and makes an assumption. I, like so many parents of black kids ... the innocent act of getting a license puts fear in our hearts."

Oh, horse-hockey. I'll bet my grocery bill nobody ever "makes an assumption" about the Obama daughters posing any criminal threat ever because of their hairstyles or loud car stereo systems. Nobody would even get close enough to them, for starters, what with their Secret Service agents tailing them from campus to the gym to the club.

But don't take my word for how vigilant the armed security is for bubble-wrapped Malia and Sasha. Just two years ago, Mrs. Moany McMoaner herself was kvetching to King (who else?) about how omnipresent the girls' bodyguards were. In a 2019 interview on CBS News, Michelle Obama described how she would have to call up the daughters' friends' parents and warn them:

Woe is she. The trials and tribulations of presidential families are too much to bear. "Imagine trying to have your first kiss" around "a bunch of men" with guns and earpieces, Mrs. O carped to King. "I'm surprised my kids have any friends, you know?" she joked (sort of).

As usual, Michelle Obama's timing is impeccable. Her latest anti-white, anti-cop rant comes as emasculated police departments yield to the antifa-Black Lives Matter mob, as law-abiding Americans (most of them white) are harassed and surveilled by the feds for simply attending the Jan. 6 Trump rally, and as urban black assailants continue to beat the crap out of elderly Asians from coast to coast. Unfortunately for these racially profiled targets of violence, there are no burly men with guns and earpieces to protect them from harm.

A message for Her Royal Highness: try less attitude. More gratitude. Before you snivel about "systemic racism," check your own Obama privilege. It overfloweth.

Michelle Malkin [Email her] is the author of Invasion: How America Still Welcomes Terrorists, Criminals, and Other Foreign Menaces to Our Shores. Click here for Peter Brimelow’s review. 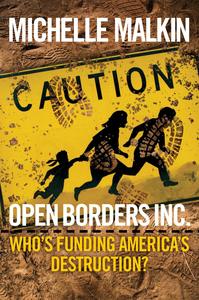