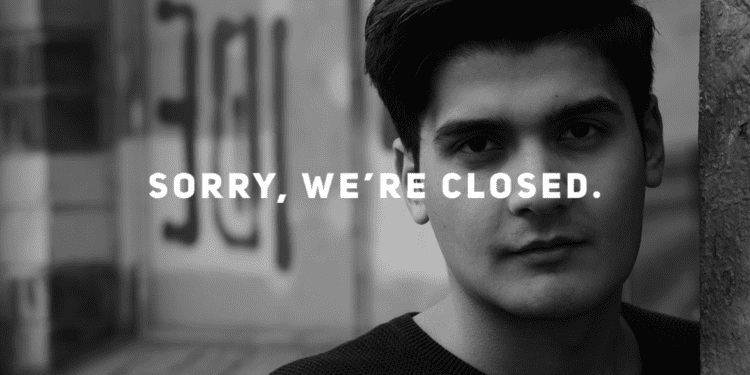 Over the weekend, President Donald Trump approved a new annual refugee cap of 18,000, the lowest since the U.S. program began in 1980. The reduction follows news that America took a pause last month and refused to admit any new refugees. On economic, public safety and national security grounds, this is a very good thing for the 325 million people already in our country. But you wouldn't know it from the grim headlines and hysterical condemnations by globalist zealots and media sympathizers.

CNN International led the open borders funeral procession last week, with a report decrying, "No refugees will be resettled in the US in October, leaving hundreds in limbo around the world." U.S. Sen. Jeff Merkley, D-Ore., hyperventilated that "Donald Trump is trying to destroy the very heart of this nation. I won't let him." Social justice group CARE bemoaned this "dark moment in our nation's history." Human Rights First complained that Trump's proposal is "crippling the United States' status as a global leader in refugee resettlement."

Heaven forbid citizens in a sovereign nation have an effective say in who comes here, from where and how many. Is one refugee-less month in America such a catastrophe? Calm down, Chicken Littles. Get some perspective.

It is most certainly true that America has a legacy of embracing people from around the world fleeing persecution and war. After World War II, the U.S. helped lead efforts to assist 650,000 displaced Europeans who had fled in fear, were expelled and were victims of Nazi crimes and terror. Congress passed the 1948 Displaced Persons Act to accommodate them. Five years later, the Refugee Relief Act of 1953 aided refugees from Italy and East Germany escaping Communist regimes, adding another 250,000 refugees over four years. In the 1950s and 1960s, we welcomed Hungarians, Cubans and Czechoslovakians also escaping Communist oppression. In the 1970s, we opened our doors to an estimated 300,000 political refugees from Vietnam, Cambodia and Laos. The Refugee Act of 1980 created the Office of Refugee Resettlement and office of U.S. Coordinator for Refugee Affairs and raised the annual ceiling of admissions to 50,000.

Under Obama, that number soared to nearly 100,000 annually. The idea that we've abandoned our humanitarian leadership role because of this refugee resettlement reduction is ludicrous. Overall, since 1975, the U.S. has resettled more than 3 million refugees. Under Trump, the U.S. still accepted more refugees than any other country in both 2017 and 2018. On top of that, America forked over nearly $1.6 billion to support the U.N.'s refugee resettlement campaign. Moreover, America remains the largest single country provider of humanitarian assistance worldwide. Total U.S. humanitarian assistance was more than $8 billion in fiscal year 2017, covering food, shelter, health care and access to clean water for millions.

Past refugee admissions don't lock America into those same levels now or in the future. America's constitutional duty is to Americans first ("ourselves and our posterity"). The truth is that we've been generous to a ruinous, open borders fault. Last year, the Federation for American Immigration Reform tallied refugee resettlement costs to taxpayers at nearly $9 billion over five years.

In my adopted home state of Colorado, a new University of Colorado Boulder study [PDF] acknowledged that refugees are often "trapped in chronic poverty" after resettlement subsidies dry up and are unable to lift themselves out of dependency on government aid such as public housing, Medicaid and food stamps. Federal statistics show that nearly half of all refugee households receive cash welfare. Chain migration perpetuates the cycle of poverty.

A tiny cabal of government contractors, mostly religious groups cloaking their profit-seeking in compassion and Scripture, perpetuates the refugee resettlement racket. Openly hostile to American sovereignty, these people spread their tax-subsidized syndicate's wealth to a vast network of subcontractors, often tied to billionaire George Soros and his Open Society Foundations, which promote global governance and unfettered migration espoused by the United Nations, European Union and Vatican. These special interests have systematically blurred the lines between legitimate refugees seeking asylum from oppression and economic migrants from Central America clamoring for higher wages or better welfare benefits. They're indifferent to the national security risks of absorbing large numbers of Muslims whose adherence to repressive sharia and religious jihad is utterly incompatible with our constitutional principles.

Mass migration champions have stretched the definition of refugee so thin that "climate change refugees" seeking relief from uninhabitable environments are now a phenomenon. Nuts. Doesn't America have enough residents in need of shelter and support? If we let in millions of "climate change refugees," where do Americans seek refuge when they render our climate uninhabitable?

Only a complete moratorium on immigration would give America the break it needs to regain control of our system. Trump's refugee reduction is not an apocalypse. It's a long overdue respite from the world's wretched refuse that deserves cheers, not jeers.