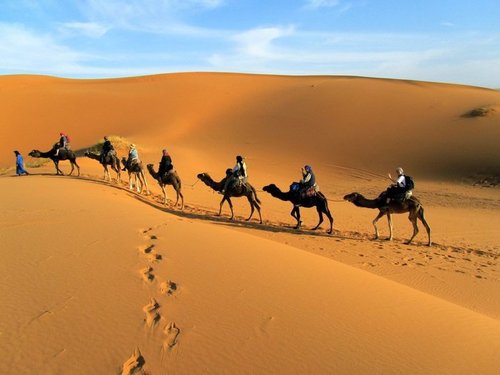 Obama’s Agenda And The Treason of the Establishment. 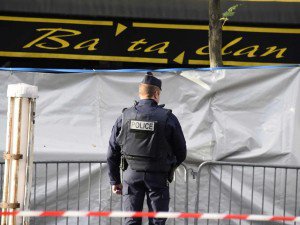 The Paris attacks: What's an appropriate course of action for the French government? Well, they could send their army into Syria and Iraq and defeat ISIS in battle. But even supposing they succeeded, this infestation, the Muslim terrorists, is all over: In Yemen, in Egypt, in North Africa, in Sudan, Somalia, Mali and Nigeria …and, of course, in France and Britain and Germany, in Sweden and Denmark and Russia and America.

So perhaps the appropriate course of action is mass expulsion of Muslims from our countries and really firm control of borders and visas.

None of that is going to happen, though. You see how far away from it we are. Angela Merkel, Barack Obama, and Justin Trudeau want us to bring in more Muslims. David Cameron and François Hollande may not want precisely that, but their weak brains are so addled with globalist propaganda they will do nothing to curtail Muslim immigration.

We must face the fact: the national institutions of the West are now fiercely protective of Muslims and hostile to the native ancestral populations.

Random news story from Britain: Two Muslim brothers from Pakistan ran a welfare scam that got them half a million dollars of taxpayers' money. Brought to trial, they were found guilty. However, the British judge let them off with suspended sentences. Why? Out of concern for their children, who number … eleven. [Two brothers who swapped houses to con taxpayer out of £315,000 walk FREE after judge claims 'greatest punishment was loss of their good names', By Mark Duell, Daily Mail, February 11, 2013

Another random story from Britain: The owner of a beauty salon in the English town of Bicester announced via Twitter that following the Paris attacks she would no longer accept bookings from Muslims, whether British citizens or not. She added: "Sorry but time to put my country first." 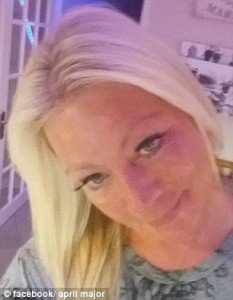 Police arrested the woman, whose name is April Major, under Britain's Public Order Act. She has been released on bail until November 30th. If she is dealt with as lightly as those Pakistani welfare scammers, I shall be very surprised.[ Police arrest woman for 'racially abusive' Facebook post banning Muslims from beauty salon because it is 'time to put my country first', by Stephanie Linning, November 16, 2015]

By way of contrast, in June of 2013 Robert Spencer and Pamela Geller, outspoken critics of the Islamification of the West, were banned from entering Britain by a written order from the Home Secretary (i.e. Attorney General).

It's like that all over the West, and seems to be getting worse.

Will events like last week's Paris attacks at least push us a bit closer towards appropriate action—mass expulsions and strict entry controls?

Not necessarily. The 9/11 attacks here in the U.S. were far, far worse than what happened in Paris, with twenty times the mortality. But how did the United States react? We increased the mass immigration of Muslims! The rate of immigration from Muslim countries has doubled since 9/11! [1.6 Million Immigrants from Predominantly Muslim Countries Since 9/11, by Daniel Horowitz, Conservativereview.com, May 11th, 2015]

Similarly in Britain following the terrorist attacks of July 2005 in which 52 people were killed and hundreds maimed. That was ten years ago. A 2011 analysis projected Muslim immigration into the U.K. from 2010 to 2015 at 312,000—the equivalent to 1.5 million into the U.S.

When a petition with 200,000 signatures forced the British Establishment to address the issue in Parliament last month, they shunted the debate contemptuously into a committee room—and steered it into a discussion about whether there should be controls on the wording of petitions in order to eliminate "bigotry." (You can see the whole "debate" here: Debate on an e-petition relating to immigration, October 19, 2015)

The things we might now do—mass deportations and firm control of our borders and entry ports—the Establishment has no intention of doing.

Despair is an unhealthy and unattractive emotion, though. It's also contrary to the ethos here at VDARE.com. We did win the Cold War, Editor Peter Brimelow reminds us when we feel this kind of mood coming on.

Here's a glimmer of light: As of Wednesday night, 30 state governors have expressed opposition to the settlement in their states of Syrians claiming to be refugees. [Which states are saying no to resettlement of Syrian refugees? by Joshua Barajas and Gretchen Frazee, PBS, November 16, 2015] Or perhaps I should say, "People claiming to be Syrians claiming to be refugees," as authentic Syrian passports can be purchased for a few hundred dollars in the bazaars of the Middle East.

Thirteen state governors have said they are willing to take the refugee claimants; seven have made no statement.

On closer inspection, both these glimmers of light fade somewhat. The declarations by those Governors may have no legal force; and that phrase "may have" of course conceals years of litigation. Thursday's House vote is unlikely to be copied by the Senate.

In short, we're looking here at gestural politics. Congresscritters can go back to their districts—where millions of people are mad as hell about mass Muslim immigration—and say: "See? We passed a law! It's really strict!"

With any luck, they hope, their constituents will go back to worrying about fantasy football and Charlie Sheen. Memories of the Paris atrocity will fade; something else will come up to distract our attention. That's how the Congressreptiles look at things. You saw House of Cards, right?

Even so, Barack Obama, our Multiculturalist-in-Chief, has been scathing about these efforts to keep Muslim terrorists out of our country. From his news conference in the Philippines last Tuesday:

When candidates say we should not admit 3-year-old orphans, that's political posturing.

Of course, no candidate has said that. If any candidate did, I'd vote for him.

There are 49 Muslim-majority nations in the world, including some very rich ones. Can the President explain to me why they are not able to care for Muslim orphans?

And, as the British and French experiences show, incoming migrants are only a part of the problem. Many of them, perhaps even most of them, are glad to be here, having experienced the alternative. But then come the second and third generations, who have never known anything but life in the West. The banlieus of Paris are not full of recent migrants; they are full of the children and grandchildren of African and Middle Eastern immigrants who came fifty years ago. These are the people getting radicalized; these are the people filling French prisons.

When individuals say we should have religious tests, and only Christians, proven Christians, should be allowed, that's offensive and contrary to American values.

Oh yeah? Was there no religious preference in play at all when we admitted hundreds of thousands of Jews from the U.S.S.R. in the 1970s and 1980s?

Note I'm not interested here in the rights or wrongs of those admissions. I'm just asking (a) was there preference? and (b) did anyone at the time say such preference was "contrary to our values"? Quote from a paper about those admissions at the Center for Immigration Studies website:

After 1980, Soviet émigrés had to prove to an immigration officer in Rome that they had a well founded fear of persecution. Most managed to do so. Until the late 1980s, United States policy accepted all Soviet Jews as refugees.

[Refugee Resettlement and 'Freedom of Choice': The Case of Soviet Jewry , By Fred A. Lazin, July 2005]

"Contrary to our values," Mr. President?

The indispensable Ann Corcoran over at Refugee Resettlement Watch asks rhetorically why Obama is so keen on bringing in these so-called Syrian so-called refugees, and so angry at efforts to thwart him.

Most of the answer is in plain sight: Obama came into office promising to "fundamentally transform" the United States. Here’s Obama speaking in Columbia, Missouri, October 30th 2008:

We are five days away from fundamentally transforming the United States of America.

Clearly Obama didn't like America the way it was. What he most disliked about it, we can now deduce, was that it was too damn white and too Christian. What he had in mind was a demographic transformation.

That's most of the answer. The rest is Obama's instinctive globalism, manifested in this case by a reverence for, and submission to, the United Nations.

The U.N. is pushing the U.S.A. hard to take 65,000 so-called Syrian so-called refugees. Obama wants to comply, to secure his position as globalist Humanitarian of the Year, a title Angela Merkel is threatening to steal from him.

As Ann Corcoran says: "Obama looks exceedingly weak for not being able to deliver America." He hates to look weak. That's why he's so angry.

Let's be thankful for small mercies, though. After the Charlie Hebdo attacks in January, Obama instructed John Kerry to go to Paris with aging folk-rock singer James Taylor, so Taylor could sing "You've Got a Friend" to the grieving Parisians.

There has been no comparable gesture this time around. For that, as I said, the French should be thankful.

Not for missing out on James Taylor, for whom I actually have a soft spot, but because when Obama declares himself your friend, it's time to crank up your hypocrisy-meter.