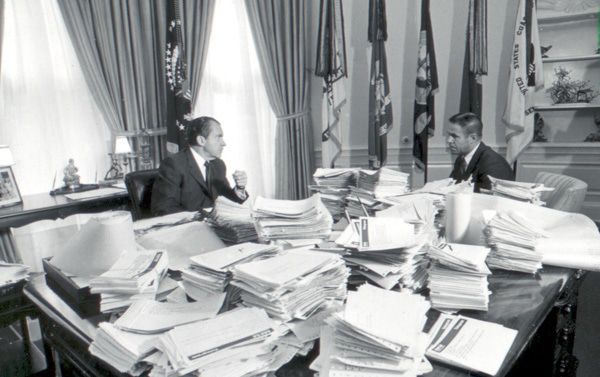 Above, telegrams of support from the Silent Majority piled high on the President's desk.

What are the roots of our present disorder, of the hostilities and hatreds that so divide us? When did we become this us vs. them nation?

Who started the fire?

Many trace the roots of our uncivil social conflict to the 1960s and the Johnson years when LBJ, victorious in a 61% landslide in 1964, could not, by 1968, visit a college campus without triggering a violent protest.

The morning after his narrow presidential victory in 1968, Richard Nixon said his goal would be to "bring us together." And in early 1969, he seemed to be succeeding.

His inaugural address extended a hand of friendship to old enemies. He withdrew 60,000 troops from Vietnam. He left the Great Society largely untouched and proposed a Family Assistance Plan for the poor and working class. He created a Western White House in San Clemente, California.

In July, Neil Armstrong and Buzz Aldrin walked on the moon.

America approved. Yet the elites seethed. For no political figure of his time was so reviled and hated by the establishment as was Richard Nixon.

By the fall of 1969, that establishment, which had led us into Vietnam and left 500,000 U.S. troops there as of January 1969, had turned against their own war, declared it "an unwinnable war" and "Nixon's war," and begun to cheer the huge anti-war protests scheduled for October and November.

David Broder of the Washington Post was one who saw clearly what was happening: "It is becoming more obvious with every passing day that the men and movement that broke Lyndon Johnson's presidency in 1968 are out to break Richard Nixon in 1969. The likelihood is great that they will succeed again." 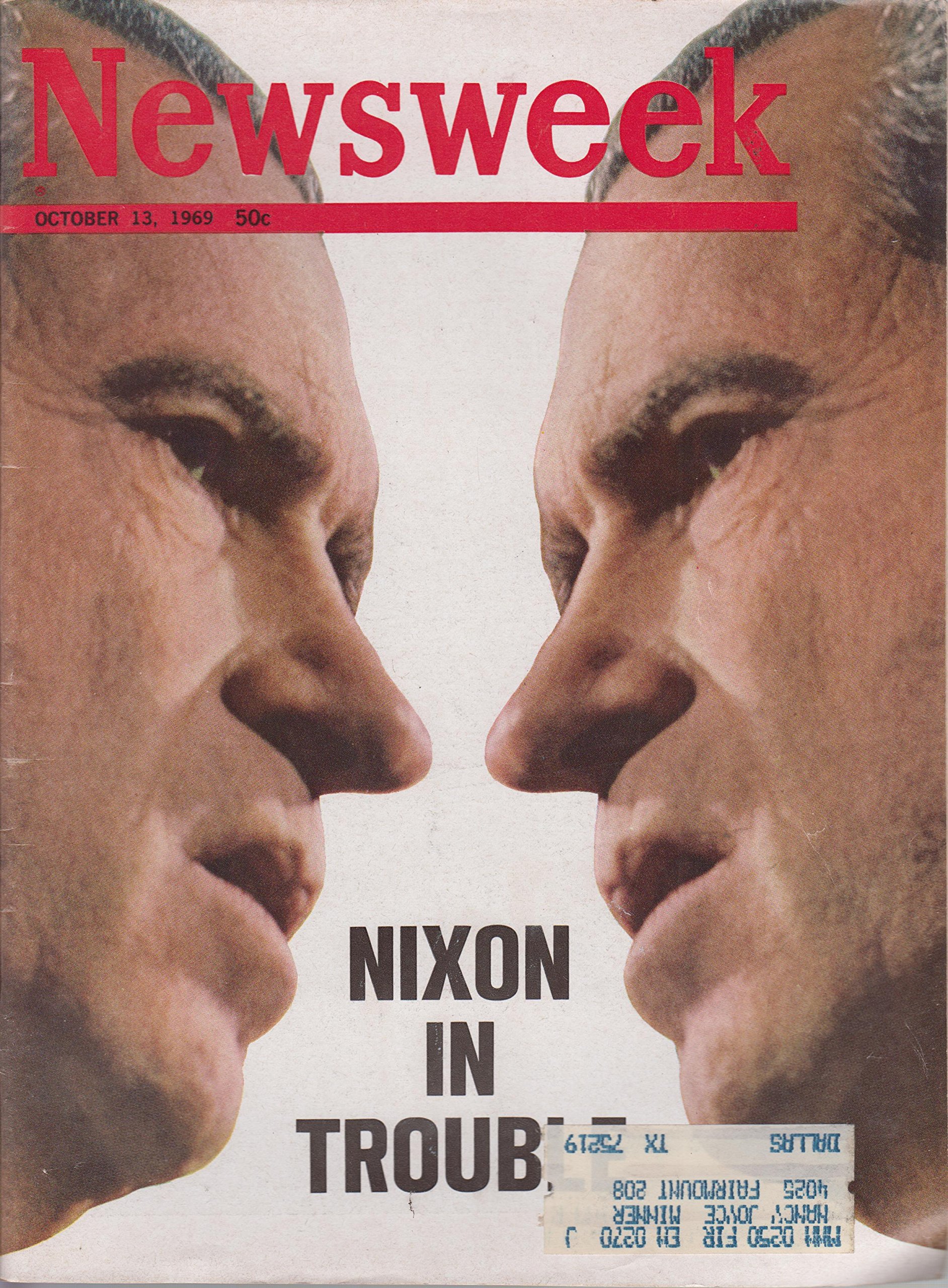 "From almost every quarter last week the nine-month-old Administration of Richard M. Nixon was under sustained attack and angry fire, and increasingly the target of the attacks was Mr. Nixon himself and his conduct of the Presidency."

On Oct. 15, some 250,000 descended on the capital for the largest demonstration in history. A stunned Time declared that, instead of resisting its demands, Nixon should prepare "the country for the trauma of distasteful reversal."

Time wanted Nixon to declare Vietnam a lost cause.

But by now, Nixon, realizing his presidency was in danger of being broken like LBJ's—but believing he was reading the nation better than the establishment—had decided to wheel and fight.

On Nov. 3, 1969, Nixon delivered an Oval Office address that was carried live on every network. After reciting the case Ike, JFK and LBJ had all made for resisting a Communist takeover of South Vietnam, Nixon laid out his own policy, the rationale for it, and urged the "great silent majority" to stand by him for peace with honor.

The network commentators almost universally disparaged Nixon's address as repetitive and unresponsive to the crisis of his presidency.

Washington's elites, however, had misread the nation.

An instant poll found that 70% of the country supported Nixon's declared policy. A coalition of 300 House members endorsed Nixon's stand. Liberal Democrats in the Senate rejected Nixon's policy, but Southern and conservative Democratic senators backed him.

Ten days after the "silent majority" speech, Vice President Spiro Agnew, in Des Moines, launched an assault on the unholy matrimony of media power and liberal bias. Agnew questioned whether the networks near-monopoly over the primary source of information for the American people should be permanently ceded to so tiny and unrepresentative an elite.

All three networks carried Agnew's speech live, but were rocked on their heels by the reaction. Scores of thousands of telegrams and letters poured into network offices and the White House, with the vast majority agreeing with the vice president.

The liberal establishment had sustained a historic defeat.

By December, Nixon was the most admired man in America. His approval rating in the Gallup Poll was 68%. Only 19% disapproved of how he was conducting his presidency. Dr. Billy Graham was the second-most admired man, and Agnew third.

Nor was this but a blip in the Nixon presidency. When, three years later, Democrats nominated the most impassioned and articulate of their anti-war senators, George McGovern, Nixon would crush him in a 49-state landslide.

JFK's "best and brightest," whose hour of power was "Camelot," were broken on the wheel of Vietnam. After taking us into Southeast Asia, they had washed their hands of their own war and declared it immoral.

So great was the loss of esteem for the establishment among the silent majority, America's elite would soon cease to call themselves liberals and change their names to "progressives."