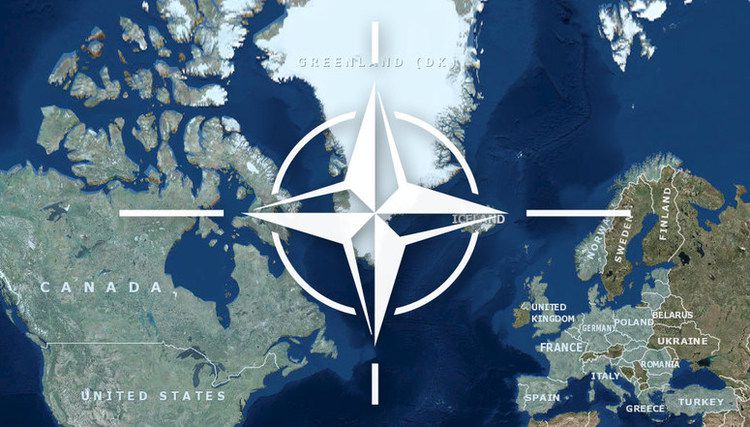 A week from now, the 29 member states of "the most successful alliance in history" will meet to celebrate its 70th anniversary. Yet all is not well within NATO.

Instead of a "summit," the gathering, on the outskirts of London, has been cut to two days. Why the shortened agenda?

Among the reasons, apprehension that President Donald Trump might use the occasion to disrupt alliance comity by again berating the Europeans for freeloading on the U.S. defense budget.

French President Emmanuel Macron, on the 100th anniversary of the World War I Armistice, described NATO as having suffered "brain death." Macron now openly questions the U.S. commitment to fight for Europe and is talking about a "true European Army" with France's nuclear deterrent able to "defend Europe alone."

German Chancellor Angela Merkel, whose nation spends 1.4% of GDP on defense and has relied on the U.S. and NATO to keep Russia at bay since the Cold War began, is said to be enraged at the "disruptive politics" of the French president.

Also, early in December, Britain holds national elections. While the Labour Party remains committed to NATO, its leader, Jeremy Corbyn, is no Clement Attlee, who took Britain into NATO at its birth in 1949.

Corbyn has questioned NATO's continued relevance in the post-Cold War era. A potential backer of a new Labour government, Nicola Sturgeon of the Scottish National Party, is demanding the closing of Britain's Trident submarine base in Scotland as a precondition of her party's support for Labour in Parliament.

Following the 2016 coup attempt, Erdogan has purged scores of thousands from his army and regime, jailed more journalists than any other authoritarian, purchased Vladimir Putin's S-400 missile system as Turkey's air defense, and ordered the U.S. forces out of his way as he invaded northern Syria, killing Kurdish fighters who did the bleeding and dying in the U.S.-led campaign to crush the ISIS caliphate.

During the Cold War, NATO enjoyed the widespread support of Americans and Europeans, and understandably so. The USSR had 20 divisions in Germany, surrounded West Berlin, and occupied the east bank of the Elbe, within striking distance of the Rhine.

But that Cold War is long over. Berlin is the united free capital of Germany. The Warsaw Pact has been dissolved. Its member states have all joined NATO. The Soviet Union split apart into 15 nations. Communist Yugoslavia splintered into seven nations.

As a fighting faith, communism is dead in Europe. Why then are we Americans still over there?

Since the Cold War, we have doubled the size of NATO. We have brought in the Baltic republics of Estonia, Latvia and Lithuania but not Finland or Sweden. We have committed ourselves to fight for Slovenia, Croatia, Albania and Montenegro but not Serbia, Bosnia or North Macedonia.

Romania and Bulgaria are NATO allies but not Moldova or Belarus.

George W. Bush kept us out of the 2008 Russia-Georgia clash over South Ossetia and Abkhazia. And Barack Obama refused to send lethal aid to help Ukraine retrieve Crimea, Luhansk or Donetsk, though Sen. John McCain wanted the United States to jump into both fights.

In the House Intel Committee's impeachment hearings, foreign service officers spoke of "Russian aggression" against our Ukrainian "ally" and our "national security" being in peril in this fight.

But when did Ukraine become an ally of the United States whose territorial wars we must sustain with military aid if not military intervention?

When did Kyiv's control of Crimea and the Donbass become critical to the national security of the United States, when Russia has controlled Ukraine almost without interruption from Catherine the Great in the 18th century to Mikhail Gorbachev in the late 20th century?

Among the reasons Trump is president is that he raised provocative questions about NATO and Russia left unaddressed for three decades, as U.S. policy has been on cruise control since the Cold War.

And these unanswered questions are deadly serious ones.

Do we truly believe that if Russia marched into Estonia, the U.S. would start attacking the ships, planes and troops of a nation armed with thousands of tactical and strategic nuclear weapons?

In 1914 and 1939, in solidarity with the mother country, Britain, Canada declared war on Germany. Would Justin Trudeau's Canada invoke NATO and declare war on Putin's Russia—for Estonia or Latvia?

Under NATO, we are now committed to go to war for 28 nations. And the interventionists who took us into Iraq, Syria, Libya and Yemen want U.S. war guarantees extended to other nations even closer to Russia.

One day, one of these war guarantees is going to be called upon, and we may find that the American people were unaware of that commitment, and are unwilling to honor it, especially if the consequence is a major war with a nuclear power.