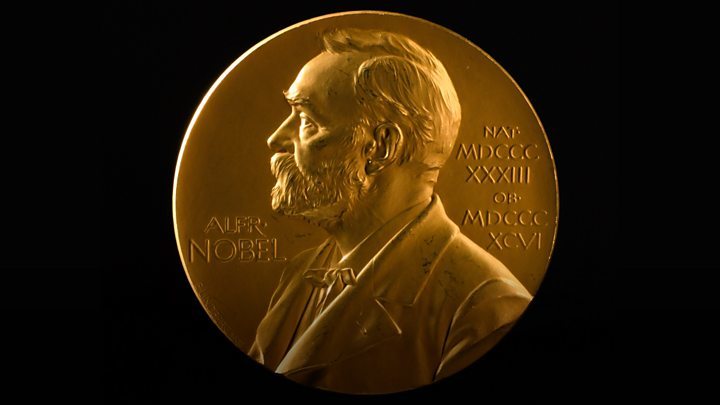 You're walking down the street when you spot an anti-war protester wielding a peace sign on the corner. Quick, what do you do? Duck!

As we battle global jihad, perplexed and apoplectic pacifists are showing their true colors. Rainbow tie-dye has turned to raging-bull red.

Nobel Peace Laureate Betty Williams displayed what the Australian media called "her feisty Irish spirit" to hundreds of schoolchildren this week in a murder-minded diatribe against President Bush. "I have a very hard time with this word 'non-violence,' because I don't believe that I am non-violent," confessed Williams. [Peace prize winner 'could kill' Bush, BY Annabelle McDonald, The Australian, July 25, 2006]On the plus side, the rest of the sane world will no longer make the mistake of believing that Peace Prize-winner Williams is non-violent, either (though the Nobel committee took the peace out of Peace Prize when it handed one to suicide bomber manufacturer Yasser Arafat in 1994).

While the kids cheered, Williams, the world-renowned pacifist, fumed: "Right now, I would love to kill George Bush." In America, we don't call this irrational hatred "feisty Irish spirit." We call it "unhinged." Or, as Charles Krauthammer first diagnosed it, Bush Derangement Syndrome.

Williams would no doubt endorse the disgusting comments left on an America Online message board for Sgt. Leonid Milkin, whose wife, two sons and sister-in-law were murdered in Kirkland, Wash., last week while he was serving in Iraq. Human Events Online writer Lisa De Pasquale documented the comments of anti-military Bush-haters:

"Too bad the paid assasin [sic] wasn't home also . . . Got what he deserved for serving an illegal government in an illegal war."

"Maybe he signed up for the wrong profession because who in their right mind would want to be a army man? He should have studied harder in school and found a real job instead of joining the army. Lmao, be all u can be? Don't patronize me ! People who join the army either have no education or come from small towns.. He should blame himself for his family dying due to his lack of education."

Then there's Dan Frazier, an anti-war huckster in Arizona selling T-shirts with the names of fallen soldiers, including Marine Cpl. Scott Michael Vincent, who was killed by a suicide bomber two years ago. The peace-loving Frazier demonstrated his "feisty" pacifist "spirit" by ignoring Vincent's mother's pleas to remove her son's name.

Want another dose? Earlier this month, a New Zealand peace activist and former Green Party candidate who served as a "human shield" for Saddam Hussein in 2003 was charged with assaulting a teen-age rock singer in London. Peace-loving Christiaan Briggs reportedly harassed the boy's girlfriend and then knocked the boy to the ground. Briggs ran off laughing before turning himself in to police. The victim had to have part of his skull removed and only days ago awoke from a coma.

Announcing his decision to take a stand for peace three years ago, Briggs preached:

"'You must be the change you wish to see in the world.' But here in lies the twist. The change I wish to see is not simply that of countless Iraqi lives spared, but that of possibly inspiring just a small group of people I know; my family, friends, and community, illustrating to them an unbelievably important and simple lesson I learnt recently: Wanna be happy? Just centre your life around making others happy."

By sending them into unconsciousness. Saddam would approve.

Meanwhile, at a peace rally in Boston convened by the Muslim American Society, a Jewish man who attended with a video camera was threatened verbally and physically by hostile demonstrators. Seva Brodsky was accosted by pro-Hezbollah thugs who grabbed him, cursed at him and attempted to prevent him from filming the terrorist sympathizers. It was caught on tape and posted at the Solomonia.com blog this weekend. A rally marshal apathetically told Brodsky: "We cannot guarantee your safety."

If the "peace" activists gone wild had an iota of the same anger, contempt and callousness toward the jihadists as they do toward us, we'd be a lot closer to achieving the peace they love to preach .