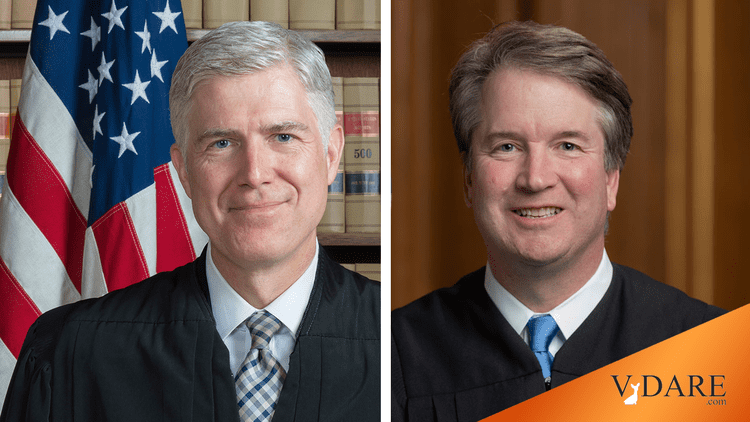 Once again, Chief Justice John Roberts has cucked, siding with the radical Left and its Kritarch auxiliary on the U.S. Supreme Court. This time, he joined a disgraceful 5-4 decision to block President Trump’s order ending Deferred Action for Childhood Arrivals [DACA], Obama’s Amnesty for illegal-alien kids, on absurd technical grounds. This dramatizes once again a problem with GOP appointees to federal courts: They are not assessed on immigration. If Trump wants to campaign on judicial appointments, which he apparently does, then he must insist on immigration patriotism as the litmus test for all appointees.

The ruling keeps DACA alive until Trump issues a new order. He’s upset with Roberts’ defection to the Treason Lobby, but it’s unclear whether he’ll rewrite his order.

“As President of the United States, I am asking for a legal solution on DACA, not a political one, consistent with the rule of law,” Trump tweeted. “The Supreme Court is not willing to give us one, so now we have to start this process all over again.” 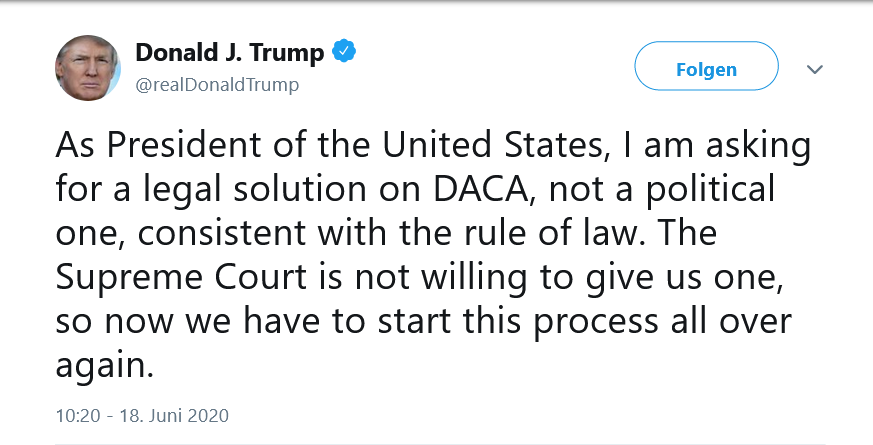 Trump tweeted plans to campaign on judicial appointment and argued that he needs another term to remake the courts. 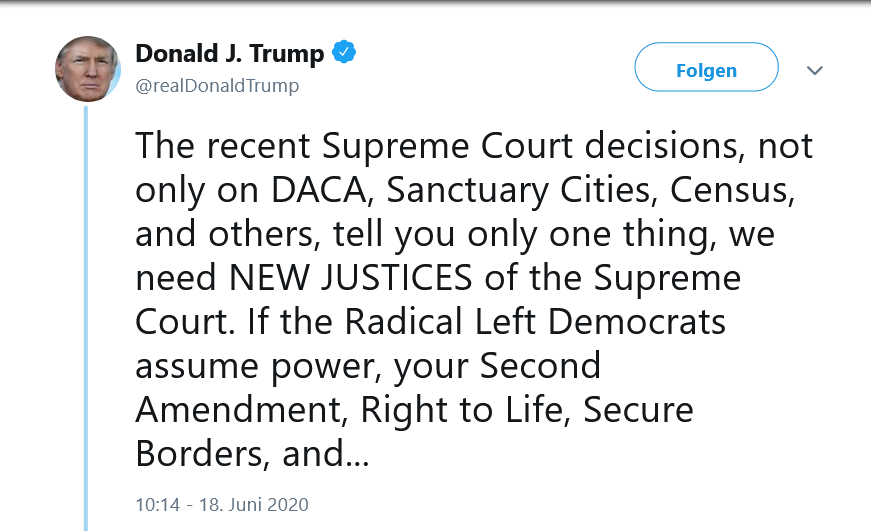 Of course, Supreme Court nominations were not a major political issue back then, but the point remains the same: GOP appointees have been notoriously unreliable.

As has Chief Justice Roberts, appointed by President George W. Bush. Immigration aside, earlier this week he and Trump appointee Neil Gorsuch, another ballyhooed conservative, voted for giving federal civil rights protections to gays, lesbians, and “transgender” people. This ruling threatens religious liberty and unilaterally expands the number of protected classes in America.

As Missouri Sen. Josh Hawley complained in a powerful speech on the Senate floor, social conservatives are bamboozled into voting for the GOP presidential candidate every four years because they are told and believe that a victorious Republican president will appoint judges who will uphold their beliefs [Hawley on LGBTQ ruling: Conservative legal movement is over, by Burgess Everett, Politico, June 16, 2020]. But like Lucy’s suckering Charlie Brown into kicking the football one more time, Gorsuch’s opinion in the LGBT case proves that trusting a GOP appointee isn’t a bright idea.

Trump’s base is rightly furious about the Roberts-Gorsuch betrayal. But poking fingers in the air and warning they might ditch the president won’t stop the appointment of bad judges.

What will? Knowing how they’ll vote on immigration issues.

The Federalist Society, which provides the GOP with the majority of judicial nominees, doesn’t assess a candidate’s immigration record. Nor do other conservatives. They focus on abortion, religious liberty, and gun rights. Immigration is an afterthought, if a thought at all.

Gorsuch in particular had a record of siding with the Treason Lobby.

In 2018, as Associate Justice, Gorsuch cast the deciding vote to block a Trump policy that made it easier to deport criminal aliens. The policy, Gorsuch wrote, was too vague because it didn’t clearly define what a “crime of violence” was. Trump wanted to deport all non-citizens convicted of such a crime.

Prior to Gorsuch’s elevation to the high court in 2017, he had a “moderate” record on immigration on the U.S. Tenth Circuit. That is, he sided with immigrants 10 percent of the time, versus the circuit’s average of 9 percent. Gorsuch reversed policies that made it harder for aliens to obtain legal status and issued rulings that undermined federal agencies’ ability to enforce immigration law [For A Trump Nominee, Neil Gorsuch’s Record Is Surprisingly Moderate On Immigration, by Kevin Cope and Joshua Fischman, FiveThirtyEight, March 27, 2017].

But Gorsuch’s record is no surprise. His wife is an immigrant, from the United Kingdom (but somewhat different from VDARE.com Editor Peter Brimelow). He has said this influences his view of immigration [U.S. Justice Gorsuch sees value of immigration through wife's eyes, by Lawrence Hurley, Reuters, September 19, 2019].

To his credit, Gorsuch has ruled correctly on other cases, such as those on the public charge rule and census citizenship question. He dissented on the most recent DACA ruling.

Roberts isn’t Trump’s fault, but Gorsuch is. Not one conservative lawmaker brought up his unreliability on immigration during his confirmation process. Only VDARE.com was concerned.

Fortunately, Trump’s second pick for the Supreme Court, Brett Kavanaugh, is more of an immigration patriot. He had a solid record on the issue prior to his appointment, defending American workers from foreign competitors and opposing illegal aliens’ participating in union elections. He has remained strong, voting correctly in the aforementioned cases. He also ruled in favor of allowing Trump to build the wall and affirmed the president’s tougher asylum rules [Are The Courts Beginning To Move In Favor Of Trump’s Immigration Policies?, by Jonathan Blitzer, New Yorker, February 6, 2020].

The President is expected to release a new list of possible Supreme Court picks by Sept 1 [Trump looks to use Supreme Court defeats as fuel to energize reelection campaign, by Jordyn Phelps, ABC News, June 18, 2020]. The list is designed to push his base to the polls in November, but it might have the opposite effect if Kethledge and Hardiman are at the top.

A simple solution to the problem? Include immigration in candidate assessments. The Federalist Society and Conservative Inc. don’t and won’t, which means GOP senators and Trump’s people must do the research. (That makes a victory by former Attorney General Jeff Sessions in Alabama’s GOP primary runoff on July 14 all the more important, by the way.)

Immigration, as the Roberts-Gorsuch defections show, must be another litmus test for nominees to the federal courts—not least the Big One that apparently gets to decide everything.

Trump had better get his act together. The future of the Historic American Nation depends on it.