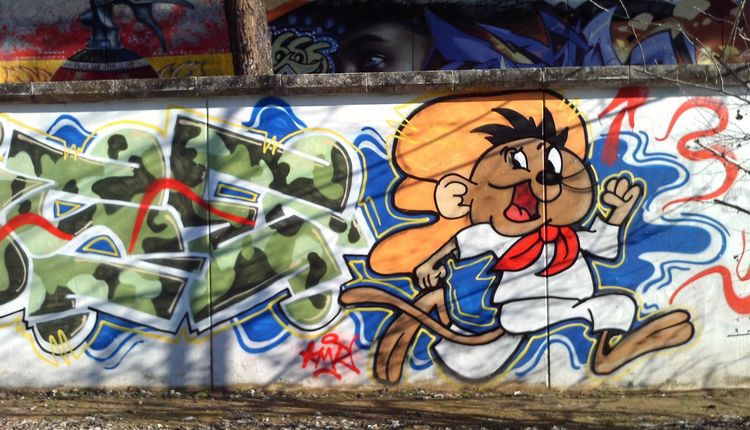 The Fulford File, By James Fulford | The Mexican Country Mouse And The American City Mouse

Years ago—twenty-five years ago, in fact—I read this self-revelatory anecdote in a William F. Buckley column:

"Once, two or three years ago, I was doing a program with the amiable Mr. Gene Shalit of NBC. Everything went swimmingly. Too swimmingly. Because he played me like a cobra, undulating hypnotically this way, that way, as I gradually lost any sense of caution. He said then: 'How do you know what to write about, when you write a column?" I found myself saying, "Gene, when you have been at the profession for long enough, you can, if in a bind, close your eyes and point to the front page of the New York Times, and whatever story you are fingering when you open your eyes—you can write a column on that story.'

If you have been reading Buckley for years, you have read that column too, more than once. (And that may be why you stopped reading him.)

But to be honest, I have not only read that column, I have probably written it at some point. And in recent years, I haven't been doing a column regularly at all, preferring the instant gratification of blogging, although it wasn't easy to get a blog going here.

But my point in reviving the Buckley quote is that it's no longer necessary to rely on the New York Times for your inspiration, when we have Google News. When I need something outrageous to blog about, I just do a news search on "immigration" and there you are.

For example, the Salt Lake Tribune story  Arizona crackdown could add to Utah's illegal immigration woes [By Nate Carlisle, February 18, 2008] probably deserves a column in itself. The problem for Utahans is that if Arizona insists on enforcing the law, illegals can migrate internally. Utah is one destination, Texas another. See the Borjas Blog here where George asks "Do illegal immigrants move to states that are more willing to ignore their presence?".

Of course, if the federal government fails to defend the border, no state is even allowed to defend its own border, under a Supreme Court decision that goes back to the time of the Okie migration during the Great Depression.

So once immigrants are in, they're in. And the problem with "sanctuary cities" and "sanctuary states" is that the problems they cause don't affect only the sanctuaries themselves, but all the other states. I wrote in 2001 that

For example, you wouldn't expect Manistee County, which is in northern Michigan, to have a large Hispanic population. It's literally about as far from the Mexican border as you can go and still be in the Continental United States.

But Manistee County not only has Hispanic residents, it has a female Hispanic Sherriff's Deputy, who had an American woman arrested and jailed for saying the word "spic"  to her own mother in a restaurant "I wish these damned 'spics' would learn to speak English."

Internal immigrant migration happens as a result of the pressures of later immigration—the Los Angeles Times ran a story about some Mexican immigrants who moved to Kentucky, where "a friend said there was more work and were fewer Mexican immigrants bidding down the wages for unskilled jobs," and where there was "nothing but Americans. The police control the streets. It's clean, no gangs."

A lot of native Californians would like to live in a state like that. They're moving too.

The historical problem with internal migration has been it that involves a "country boy" coming to the city, which always means trouble. The city may be more dangerous, in terms of crime than the country, but the people who live in the countryside tend to be more dangerous, from knowing how to hunt, shoot, and handle sticks of blasting powder.

This, of course, is celebrated in song and story, plus a great many movies. It's part of the theme of The Three Musketeers, where D'Artagnan, fresh from Gascony, (France's answer to Tennessee) on his first day in Paris, challenges all three Musketeers, (individually) to duels. And it was fun to watch Paul Hogan, as Crocodile Dundee, explain to a mugger that in the Outback, "This is a knife."

But this conflict can lead to real problems. A more serious problem in internal migration has been the Great Migration of African-Americans from the rural south to the urban north. The Urban League was founded in 1910 to help early migrants "adapt to urban life." That's why it's called the Urban League, in fact. Its efforts have not been 100% successful, but that's what Thomas Sowell was talking about in his book on "Black Rednecks."

There's nothing that can, or should be done about legitimate internal migration—that's part of what the words "United States" mean.

But with twelve to twenty million illegals resident in the United States at this moment, it's worth remembering that immigration from South of the Border usually means moving from the country to the city, and that explains some part of the social problems caused by Mexican immigration.

These Mexican-American problems include not only such typically rural behaviors as early marriage—as early as 15—and what Americans refer to humorously as "feudin' and fightin'", which isn't really funny when it turns into gang warfare, but even stereotypical rural behaviors like keeping chickens  and riding horses (illegally) in a Los Angeles City Park.

And that's not good. It's also why it's important to build the border fence, so that migrants can discuss their chicken coops with the local government in Mexico City, rather than the one in Los Angeles.