The Fulford File: George Will (Or The Intern Who Wrote His Book) Denies His Past

See, earlier, by Matthew Richer: In Trump’s America, Is This The End Of George Will?

George Will's latest book is called The Conservative Sensibility. In the Washington Post, Notre Dame law professor Patrick Deneeen calls it a "defense of conservatism that veers toward liberalism." 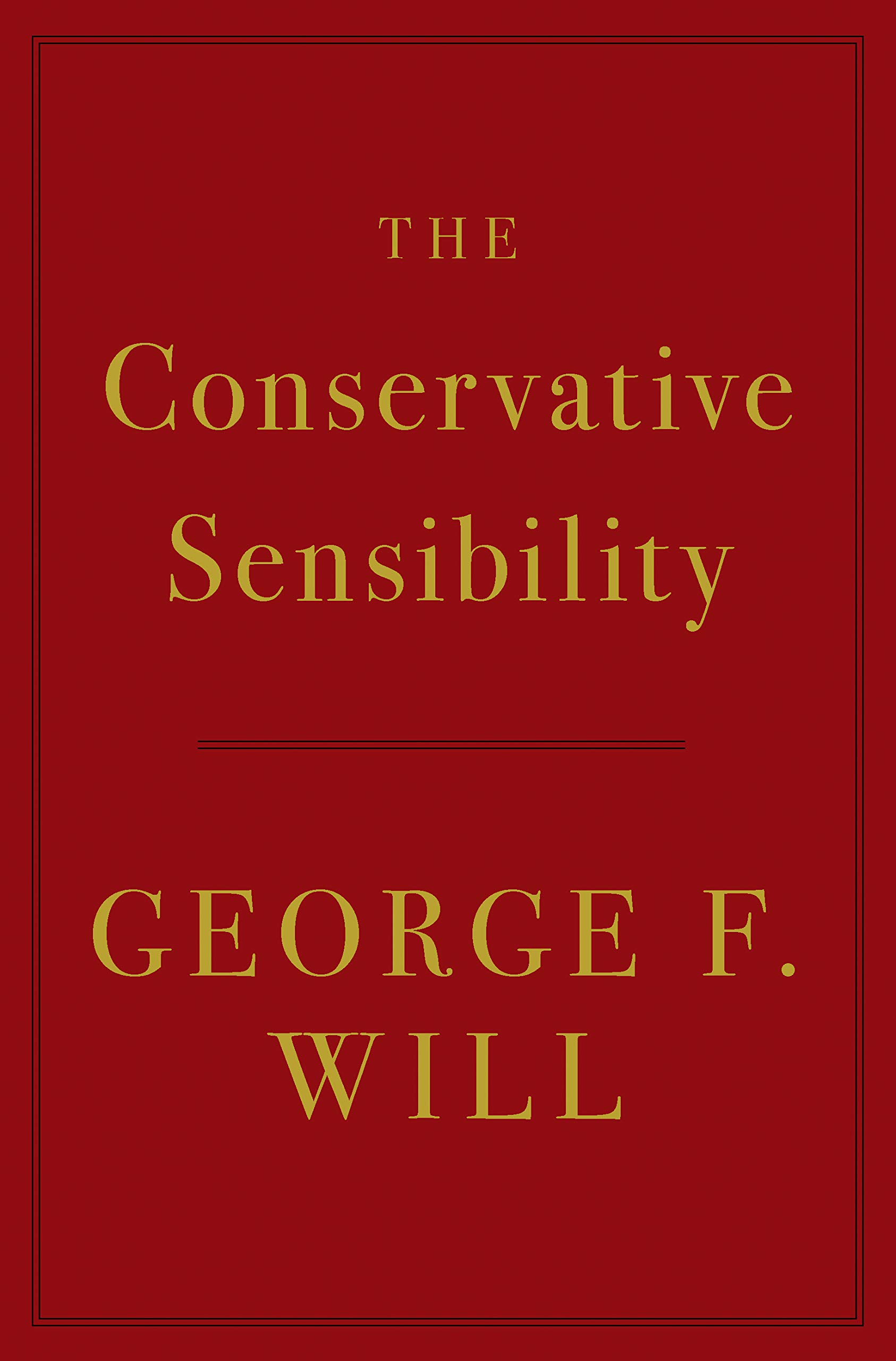 He's not kidding, I looked inside it. There's a whole section that blames black problems on "redlining", which in this case refers to the FDR Administration's refusal to guarantee mortgages in black neighborhoods, that could come straight out of Ta-Nehisi Coates book.

And it's in a section defending and justifying the "Affirmative Action" created by Lyndon B Johnson.

Lyndon Johnson, the greatest presidential benefactor of African-Americans since Lincoln, advanced the nation’s thinking on June 4, 1965, at Howard University in Washington, D.C. There he delivered the most consequential speech on race ever given by an American president, and perhaps the most important ever given by a white American. Johnson’s crucial contention was that “freedom is not enough.” He declared:

“You do not wipe away the scars of centuries by saying: Now you are free to go where you want, and do as your desire, and choose the leaders you please. You do not take a person who, for years, has been hobbled by chains and liberate him, and bring him up to the starting line of a race and then say, ‘you are free to compete with all the others,’ and still justly believe that you have been completely fair. Thus it is not enough just to open the gates of opportunity. All our citizens must have the ability to walk through those gates.”

The subsequent pursuit of even incomplete fairness—there can be no other kind—has been generally noble and in many ways successful. It also has been an arduous tutorial in the truth of Michael Oakeshott’s axiom that attempting the impossible is inherently corrupting.

It would have been helpful—wholesomely disconcerting and embarrassing—if Johnson had given an example of how the federal government itself had closed to African-Americans “the gates of opportunity.” Created in 1934, the Federal Housing Administration invented and enforced “redlining,” explicitly steering new mortgages away from black buyers to maintain the racial homogeneity of neighborhoods. A 1946 FHA manual said: “Incompatible racial groups should not be permitted to live in the same communities.” And: “Properties shall continue to be occupied by the same social and racial classes.” And: “Appraisers are instructed to predict the probability of the location being invaded by . . . incompatible racial and social groups.”

Invaded. During World War II, when a developer sought FHA guarantees for proposed housing on the last of the farmland still within the sprawling city of Detroit, the FHA initially refused because the development would be contiguous with a black neighborhood. The developer proposed a solution: I will build a wall. It would be between his development and the incompatibles. He did; you can see it today. Mollified, the FHA guaranteed mortgages on the white side.

Almost half of all postwar suburban homes built in the United States had FHA mortgage guarantees. From 1934 through 1962, whites received 98 percent of those guarantees. 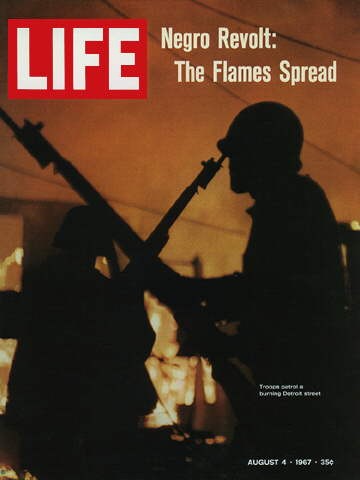 Duggan is the white mayor of what's left of Detroit. His speech, in which the historical facts about the FHA may have been properly checked by his staff, is about how what happened to Detroit is white people's fault. [Duggan confronts Detroit racial history in Mackinac speech, by Chad Livengood, Crain's Detroit Business, June 01, 2017]

I wouldn’t put all that in a book based on the word of one politician, but whatever.

So let's talk about what the underwriting policy of the FHA was about. Underwriting is about being careful with money, in this case the public money of the United States.

For example, I Googled the phrase “properties shall continue to be occupied by the same social and racial classes” and discovered the text of the 1936 Federal Housing Administration, underwriting manual. The context, unmentioned by either Duggan or Will, is this:

"If a neighborhood is to retain stability it is necessary that properties shall continue to be occupied by the same social and racial classes. A change in social or racial occupancy generally leads to instability and a reduction in values." [Emphasis added]

So here’s what’s going on, apparently unclear to anti-redlining black pundit Teh-Genius Coates, and the New Model George Will: FDR’s Federal Housing Administration was not in the business of keeping the black man down, it was in the business of being fiscally responsible for government guaranteed loans. If they guaranteed a $10,000 mortgage on a house in a white neighborhood, and ten years later when you have to foreclose it’s a $4,000 house in a black neighborhood, the Federal Government was out the difference.

This is a hypothetical price example—6000 1937 dollars would be 6,000 ounces of silver, or 171 ounces of gold—but remember, the FHA was guaranteeing loans across the country to whole communities, and it wanted to avoid those communities turning black because they’d lose property values.

In the 1960s and 1970s many communities—neighborhoods and whole cities—did “turn black”, and the result was billions of dollars in lost property values, people forced to sell houses at a loss and move.

And “forced” is the operative word—what’s called “white flight” is the result of black crime, end of story.

Steve Sailer wrote this 17 years ago, in response to two political scientists who accused Republicans of being opposed to “civil rights”—

Civil rights? My late father-in-law was a classical musician, a union organizer and strike leader, and a Democrat. He owned a house in an all-white neighborhood on the West Side of Chicago that was so crime-free that his first-grade daughter walked to her school a mile away. Then, blacks began moving in. Committed to integration, my father-in-law joined a liberal Catholic neighborhood group organized to prevent white flight. In 1968, however, his young children were physically attacked three times on the street and, following Martin Luther King's assassination, rioters looted all the shops in the neighborhood.

So he sold his house for a crushing $18,000 [$132,500 in 2019 dollars] loss. Being a big man who never did anything in a small way, he moved his family to an abandoned farm 63 miles outside Chicago, where they lived without indoor plumbing for their first two years.

And he started voting Republican.

George Will (born 1941) knows all this, he lived through those years. And checking a George Will essay collection (The Woven Figure: Conservatism And America's Fabric, 1998) literally at random and searching it for “Affirmative Action” which I seem to remember Will, like actual conservatives, being opposed to, I discover that the Old Model George Will felt much differently about Lyndon Johnson’s infamous 1965 speech at Howard University:

On June 4,[1965] in a speech at Howard University, [Lyndon Johnson] had warned: "You do not take a person who, for years, has been hobbled by chains and liberate him, bring him up to the starting line of a race and then say, 'You're free to compete with others,' and justly believe that you have been fair."

So: Blacks might have all the shackles struck from them and still remain "hobbled." Blacks were to be thought of as a group, a group defined by victimization. And by passivity: They were to be "taken" toward progress. The taking would be the white person's burden.

From that premise a policy with many names was born. It was called "compensatory opportunity" as well as affirmative action in the 1976 Democratic platform. And it had unintended consequences. It became a facet of identity politics organized around grievance groups and an agenda for redefining America.

Where Lincoln had seen a nation "dedicated to a proposition," others now saw not really a nation at all but a simmering "multicultural" stew of groups defined by ethnicity and dedicated to maneuvering for social space and ethnic entitlement.

Old-Model George Will also seemed to have some idea of what might cause white flight. From the same article:

Five nights after that signing ceremony [of the Civil Rights Act of 1965] in the Watts section of Los Angeles, a white police officer arrested an unemployed twenty-one-year- old black man he suspected of drunk driving. The suspect's mother verbally abused the officer. A crowd gathered. Rocks were thrown. The next night and for four more nights there was rioting that left thirty-four dead.

The Watts riot is one of the incidents I covered in Fighting Against Fairness And Justice—The Real Legacy Obama Inherits From The “Civil Rights” Movement, the point of which that non-oppressed blacks (Watts, wasn’t Mississippi) were rioting in favor of a man who was actually guilty of drunk driving. Will (1995) knew that.

Well, one possibility is cognitive decline caused by the distance between Will’s 1941 birthdate and the Current Year.

Another possibility: Trump Derangement Syndrome—Will bolted the Republican Party after Trump was nominated.

The third possibility (Peter Brimelow’s favorite): New Model George Will’s books are actually being written by an intern—someone steeped in Conservatism, Inc. thinking who may have read some of Will’s actual books, but is deeply ignorant of the racial history of the 20th century, with its black riots, black crime, and the resulting hollowing out of America’s inner cities.

Will’s book, in which the Public Interest article I’ve been quoting appeared, takes its title The Woven Thread from a Louis MacNeice poem called Valediction:

...I cannot deny my past to which my self is wed, the woven figure cannot undo its thread.

But George Will seems willing to try.