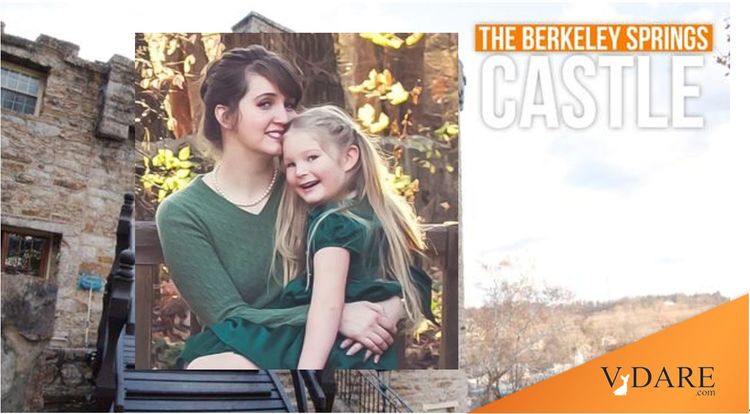 VDARE TO AMERICA’S COMPROMISED INSTITUTIONS: WE WILL REPLACE YOU

As the President of the VDARE Foundation, I work alongside my husband, Editor of VDARE.com, Peter Brimelow, to defeat the post-1964 Immigration Act disaster that has set America on a course of destruction. For us it is not a job but a mission. VDARE is an institution designed and built to fight for and defend the Historic American Nation.

Our work in building this institution contradicts the defeatist murmuring of many we otherwise respect, that “conservatives are no good at community organizing,” or, as a prominent foundation executive said in a panel at the recent Philadelphia Society meeting, “We don’t think institutionally.”

That has never been true.

In fact, the creation of VDARE and other sympathetic institutions, is really the second time around.

The first time around, patriotic, God-fearing American people created the nation’s schools, churches, media, political structure, military, and many of our innumerable charities. If we failed to think with regard to institutions, it was a failure to understand the threat of those who would turn the very institutions built on our labor and contributions, against us, following John O’Sullivan’s “First Law” (“Any institution that is not explicitly right wing will become left wing over time,”). American institutions have been hijacked.

Almost all universities are now simply mechanisms for the repression of those who created them. Churches stand by as debauchery and outright evil destroy their flocks. As for the media, as the late M. Stanton Evans liked to say, their idea of covering conservatives was to do it with a pillow; until they stopped moving. The government, the “intelligence community” as they seem to call it these days, and even the military are ever more subversively complicit as anti-white progressive Wokeism is enforced as policy.

The anti-Communist dissident Vaclav Havel, who, miraculously, became the first President of post-communist Czechoslovakia, describes this situation well in his essay “The Power of the Powerless”:

…government by bureaucracy is called a popular government; the working class enslaved in the name of the working class; the complete degradation of the individual is presented as his ultimate liberation; depriving people of information is called making it available; the use of power to manipulate is called the public control of power, the arbitrary abuse of power is called observing the legal code, the repression of culture is called development; the expansion of imperial influence is presented as support for the oppressed; the lack of free expression becomes the highest form of freedom; farcical elections become the highest form of democracy; banning independent thought becomes the most scientific of world views; military occupation becomes fraternal assistance. Because the regime is captive to its own lies it falsifies everything. It falsifies the past. It falsifies the present, and it falsifies the future. It falsifies statistics. It pretends not to possess the omnipotent and unprincipled police apparatus. It pretends to respect human rights. It pretends to persecute no one. It pretends to fear nothing. It pretends to pretend nothing.

The recurring themes in Havel’s remarks are the betrayal of national trust by the elites to their own personal and ideological benefit, and the suppression of information to enable lies and pretense. At VDARE.com, we exist to tell difficult truths to free American people, so that they can remain free and our historic nation can survive. We must tell these truths, because our leaders and elites will not.

Which reminds me of something Tucker Carlson said a few years ago, disputing the claim that he is a populist.

What I think is that populism is a warning sign that your system is about to collapse. Populism is the last stop before dictatorship—always.

The second you get a populist movement brewing, you need to stop and ask yourself what you did wrong that allows space for this.

But no, my argument is not against elites. It’s against the sh***y elites we have, who have no idea what they’re doing and won’t admit it. Who are small-minded and who are very different from previous generations of elites in the following way: They feel no responsibility to those below them.

I would add: they also feel no responsibility to those who came before them. In fact, they have contempt for both.

And how does VDARE.com achieve its mission to counter the frightening forces of Cultural Marxism and help defend our borders and our nationhood?

We fight every day with all our energies to defend America.

And we need your help!

For almost 25 years, VDARE has been the voice of the Historic American Nation. During that span, our team has grown to include many talented patriots including John Derbyshire, Steve Sailer, James Kirkpatrick, Paul Kersey, Noah Arnold, Lance Welton and many more.

On the issue of patriotic immigration reform, there aren’t many competitors. Few other nonprofits focus directly on the issues like we do, and none with journalism as their main product. But there are many patriot influencers and citizen journalists—or even just citizen voters—that rely on our talking points. We inform their fight.

It is our job to strengthen the voice of the Historic American Nation so that the Treason Lobby’s destructive, losing ideas are discredited completely by Patriotic Immigration Reform arguments.

Further, there are some institutions that duck the subject entirely. It’s our job to force them to talk about it. Immigration policy is the single most important issue facing our country today: we cannot afford leaders that are afraid to speak up on our behalf.

But when these compromised and cowardly institutions crumble, VDARE.com will remain standing, along with a cohort of new and brave institutions that are proud to stand up for our history and our people.

We will replace them.

How? By refusing to back down.

We fight by publishing every day to educate the American public on the negative effects of mass immigration. We fight by demanding that the laws be upheld, and by using litigation to defend ourselves against our enemies’ attempts to thwart those laws.

We sued PayPal for canceling us and smearing us in 2017. We took a Civil Rights case to the Supreme Court when Republican Mayor John Suthers unconstitutionally blocked our conference in Colorado Springs, CO. We took the New York Times to the Supreme Court when they maliciously libeled us. We even sued a local leftist who defamed VDARE.com here in Berkeley Springs WV—and here we won a complete victory.

Some of these lawsuits have failed to get justice. It can be disillusioning to think that there is a two-tiered justice system in America. So be it. We are undeterred. Even in the face of anarcho-tyranny, to assume that the rules are just a facade, that it is pointless to seek justice, would merely enable those who would weaponize and pervert our legal system. At VDARE Foundation we are fighters, not enablers.

There are some things worth suffering for, and the Historic American Nation is one of them. Between 2016 and 2019, VDARE Foundation contracted with some ten different hotels for conferences. We were canceled by every single one because of hate-filled Woke Left harassment (and corporate cowardice). Since then, the number of canceled and disrupted patriotic events around the country have become too many to name.

We here at VDARE Foundation chose to control our own destiny with the purchase of an Historic American national treasure—the Berkeley Springs Castle in Berkeley Springs, WV. In April we hosted the first VDARE Conference, and this fall was the Inaugural Dinner for members of our 1620 Society. With every meeting, our community grows.

We are fighters, we did not yield to this suppression, and now, with the Berkeley Springs Castle, no amount of intimidation can cause our events to be canceled.

We fight as an act of devotion to those we love and the country we love, and as an act of duty for the things our ancestors fought for. Although the truth is buried under the thick layer of filthy lies, it is never clear when an earthquake will strike, and the truth will emerge victorious. Peter is fond of reminding us that no one predicted the fall of the Soviet Union. At any point, we could win. (Which is why the Regime persecutes, almost unthinkingly, even the mildest attempts to speak the truth.)

Ultimately, things that can’t go on forever, don’t. And at the VDARE Foundation, we build every day to create a system and a community that is ready to receive the change when it comes.

The old institutions will slowly die off, either because they’re eaten by the enemy or because they become so hollow with hypocrisy that the people they purportedly represent cut ties. The VDARE Foundation will remain a perpetual check on immigration treason, and a defender of the Historic American Nation as long as the Historic American Nation exists.

Over the next few weeks, you’ll be seeing fundraising appeals across all VDARE.com channels, including in the mail. Our goal is to raise $200,000 during these few weeks to support our American First journalism.

We will kick things off with our traditional Giving Tuesday Livestream from the Berkeley Springs Castle, featuring some of the most beloved content creators from VDARE.com, and we will carry our theme— “We Will Replace You”—through the first week in January.

I hope you will consider giving VDARE Foundation a generous gift this Christmas season. We have unprecedented challenges approaching, and you can put us in a strong position to fight back against them.

For any questions, including how to set up a matching gift challenge, or how to donate anonymously, please call or email me at 860-361-6231 or lbrimelow@vdare.com. 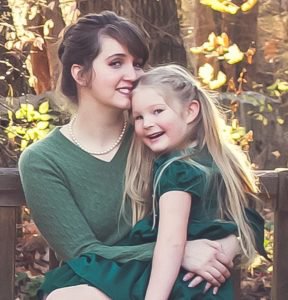 I thank you in advance for your generosity. Merry Christmas!