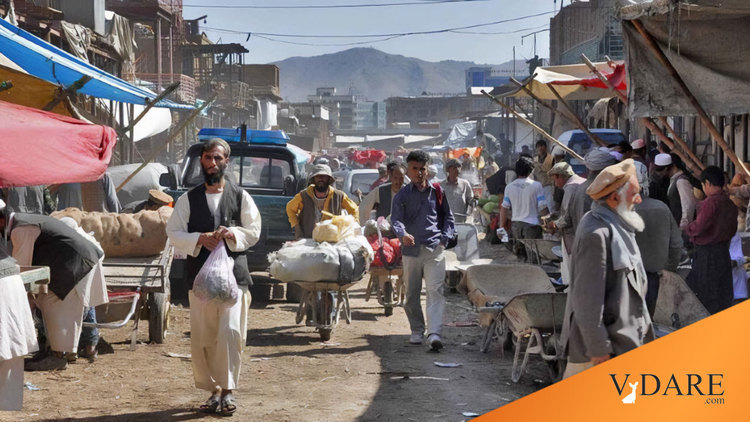 From: Professor Of Mystery [Email him]

While watching the RAF transports vomit out thousands of Afghans in the UK I quickly got out my solar powered calculator. I estimate that resettling a mere 5,000 Afghans in Scotland (with fast track citizenship) would forever tip the finely balanced situation in any Scottish independence referendum 2.0.

Nicola Sturgeon has recently moved the SNP to 50% of the popular vote in the general election and a few thousand Afghans obeying voting instructions from their chief political organizers would be decisive. Perhaps the Afghans, who inevitably deliver the end of the Island Union, will be awarded a special ceremonial clan Tartan as a symbolic reward by the newly inaugurated President Sturgeon?

James Fulford writes: Because Scotland punches far above its weight culturally, most people don't realize that its population is less than 5 and a half million people...not all of whom are Scots, of course. That's slightly less than the population of Minnesota, which has seen its politics upended by Somali immigration.