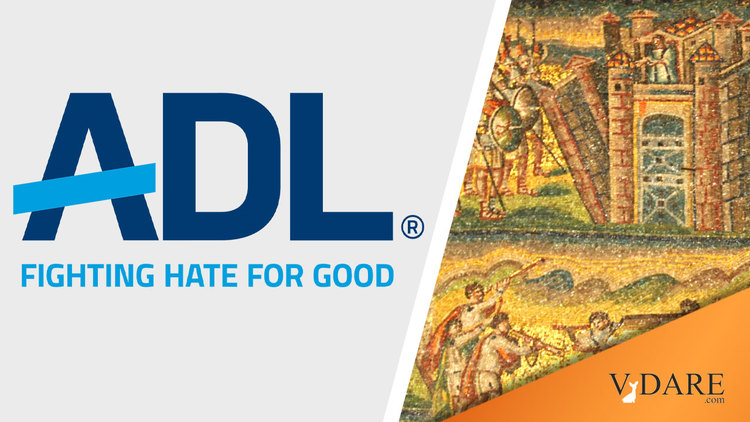 A Jewish Conservative Rejects Open Borders On Passover, Suspects The Caananites Would Agree

The likes of the ADL like to make the following argument: as the Passover story tells us, Jews were once strangers in the land of Egypt and had suffered painfully for it. Hence we must welcome all refugees and immigrants to America [Once We Were Strangers Too: The Jewish Responsibility to Welcome Refugees, by Jonathan A. Greenblatt, CEO, Anti-Defamation League, November 24, 2015]. Another argument fast-forwards 30 centuries and employs more recent experience: Jews desperately needed a home in the early 20th century, and America in its infinite generosity opened her borders to them. We should now pay it forward.

Both arguments are specious. Let’s begin with the first:

Accepting the biblical myth as the truth, yes, the Jews had suffered greatly in Egypt. OK. They then decided to take their fate into their own hands and left. They wandered in the desert for 40 years, then invaded the land of Canaan. They were greatly successful under the leadership of Joshua and eliminated all of Canaan’s various fortified city-states. Joshua even managed to halt the wheeling orbs of the sun and the moon to allow for more fighting time.

So what exactly is the lesson here and for whom? If the analogy is that current migrants are like the Jews, then we, America’s established citizens, must be the Canaanites. Do we have no rights? Are we to surrender our city-states and centuries-old Anglo-Western culture to the hordes coming in from the desert? If anything, the Canaanite perspective should teach us to prevent uncontrolled mass-migration. So this is hardly a persuasive pro-immigration argument.

Next. The second argument has to do with the misplacement of gratitude. Jews owe their gratitude NOT to abstract strangers wishing to arrive within America’s borders, but to AMERICANS. America, in her glorious grace and compassion, has given a home to the Jews and to many others. It is to America that we owe our thanks, and it is for America that we should ask—is immigration good for the country?

The focus of the immigration debate should be AMERICANS. Not abstract Israelites and not aspiring Central Americans. Only the interests of the American people should matter.