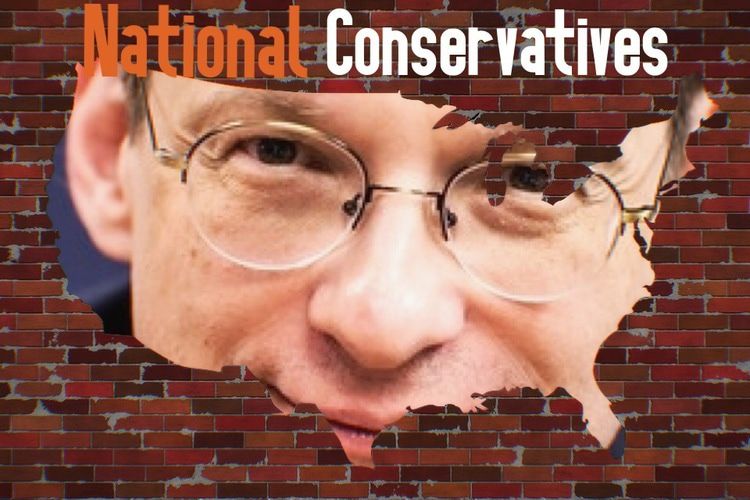 A Jewish Reader Is Skeptical (From Experience) About Yoram Hazony, Notes HA'ARETZ Expose

Re: Peter Brimelow's article “East is East And West is West”: What The Hazony/Brog Heresy Hunt Says About July’s “National Conservative Conference”

From: Norm [Email him]

I'm afraid I had Hazony’s number years—decades, probably—ago. A pity, because I think his heart and mind are kinda sorta in the right place. But I once went to a panel discussion, I think at the Center for Jewish History in New York, and at one point he almost begged us "not to judge me by my headgear." That is, don't think that just because he wears a yarmulke he's one of those fanatic, insane religious types, oh no, he's a real nice open-minded kind of guy. That craving for acceptance really rubbed me the wrong way, perhaps because I too wear a yarmulke. Come to think, probably most of the audience was, so he was really begging his fellow panelists. Anyway, it really colored my impression of the guy. And years later, I wouldn't be surprised if it drives the "acceptable" guests to his little shindig—"Oh, we're the good Republicans! None of those Brimelows or Taylors here!"

But then, I strongly suspect any new "conservative" effort, or philosophy, or book, or whatever begun in the last year or two to be an anti-Trump front, probably financed by the Left.

The other thing I think driving him is good ol' money. Here's an article from Ha'aretz from over a decade ago.

Storm in a Neo-con Teapot

The beautiful facade of its building hides the tumult at Jerusalem's Shalem Center: Huge donations allow management to enjoy luxury villas and big salaries, the academic director has 'peculiar habits,' personnel turnover is rapid - and the CFO was convicted of embezzlement.

Since they wrote it, Hazony's think tank split, with his pet, almost messianic, project (a liberal arts college) going to others, and he reinvented himself yet again and formed at least two new think tanks, one based out of his house. All those think tanks, and the lifestyle, need money, which needs donors, who have to be kept happy. Yes, Ha'aretz is a left-wing rag, but I sent this on to a friend of ours in Jerusalem who worked for him briefly in the "fetch my coffee" department and she said it matches with what she saw.

Like I said, it's a pity, but I'm very suspicious of all such types.