A Military Reader Notes War On Whites At Association Of The U.S. Army Bazaar

Re: Joe Biden—“Did You Ever Think You’d Turn On A TV And Roughly Two Out Of Three Ads Would Be A Biracial Couple Selling A Product?” 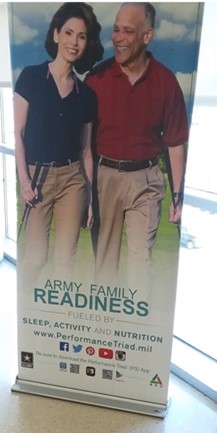 Not to be outdone by the private sector, the U.S. Army and its not-lobbying lobbying arm (the Army is not allowed to used Federal funds to lobby) the Association of the U.S. Army, is in on the act.

Here’s one display, right,  from the army hospital at Ft. Belvoir, Virginia. It’s been photoshopped, but the message is clear: white couples and families are not part of the military, even though whites are in fact the majority of the force and especially of the combat arms.

That nonsense is being reinforced at the Service Academies, where Critical Race Theory is part of the instructional package.

How is teaching ”Hate Whitey” and the U.S. is an evil nation going to make anyone want to defend such a malevolent country?

Jumping on the ”push down whitey” bandwagon was this year’s arms bazaar, the annual meeting of the Association of the U.S. Army at the Washington, D.C. convention center. Attendees were greeted by this display:

You’d think the army is a black organization. Although AUSA’s membership is overwhelmingly white, whites are relegated to secondary images in its advertising—right in step with the Biden administration. 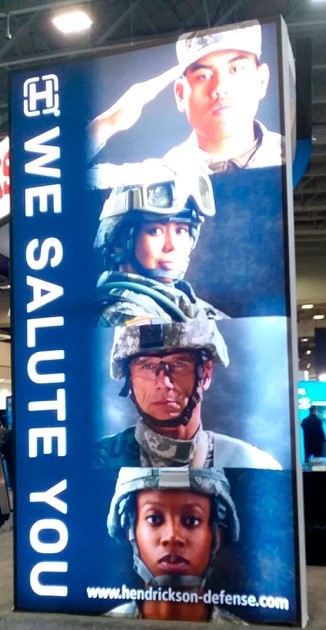 ”We Salute You” was a prominent bit of disinformation on the convention floor. Here we have a non-white of indeterminate ethnicity on top, a woman in ”battle rattle” (combat gear), one white soldier, and a black woman.

Hendrickson Defense, the company responsible for this bit of propaganda, makes suspension systems for vehicles. It is part of the Boler Company whose executives are all white. The only bit of Diversity And Inclusion among the firm’s senior executive managers and international managing directors is the managing director of China operations, who just happens to be Chinese.

It should be more than obvious by now that our Ruling Class despises the Historic American Nation and is waging a Cold Race War against it.

The U.S. government is no longer a referee but is directing that war. Whether it knows it or not, the ruling class has become like the French aristocracy before the Revolution—self-satisfied, vengeful, arrogant, contemptuous of the people who pay the taxes and fight the wars.

But because that disdain is more open than ever before those ”deplorables” are finally beginning to realize what is happening and don’t like it. Like Howard Beale in Network they’re mad as Hell and are not going to take it anymore.

Right now they are rebelling at the voting booth. If there ever is another revolution, however, given present circumstances, I fear the song of the people will not be ”Yankee Doodle,” but ”La Marseillaise.”