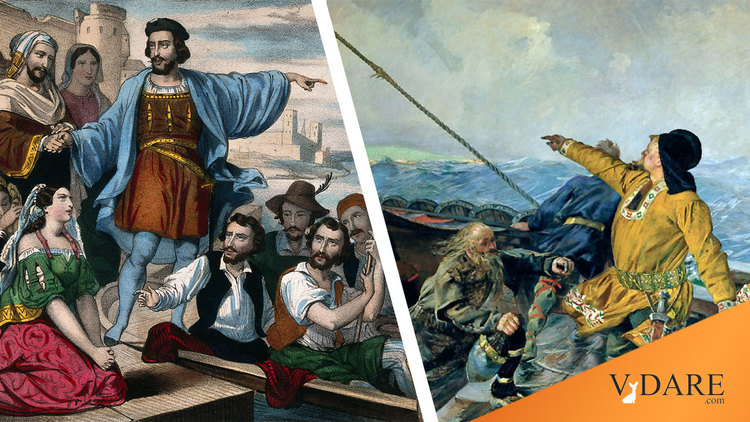 From: Per [Email him]

James Fulford stated that 1492 is the year that white people in general went to America. Well, I am Norwegian, and in the year 985  Bjarni Herjólfsson and his ship containing himself and his crew got into foggy weather in an attempt to visit the two Norwegian settlements in Greenland, came too far south, and sighted land. The only thing they got there was fresh water as they had been out to sea for six weeks since they left Iceland.

Later on they found the settlements in Greenland, and went back to Iceland and eventually Norway. Bjarne was born in Iceland, but lived most of his life in Norway. He was heavily criticized for not exploring the land they had seen. But he claimed that the skrællingar (the name we used for both Eskimos and Indians) did not seem very friendly....he was a tradesman, not a warrior. 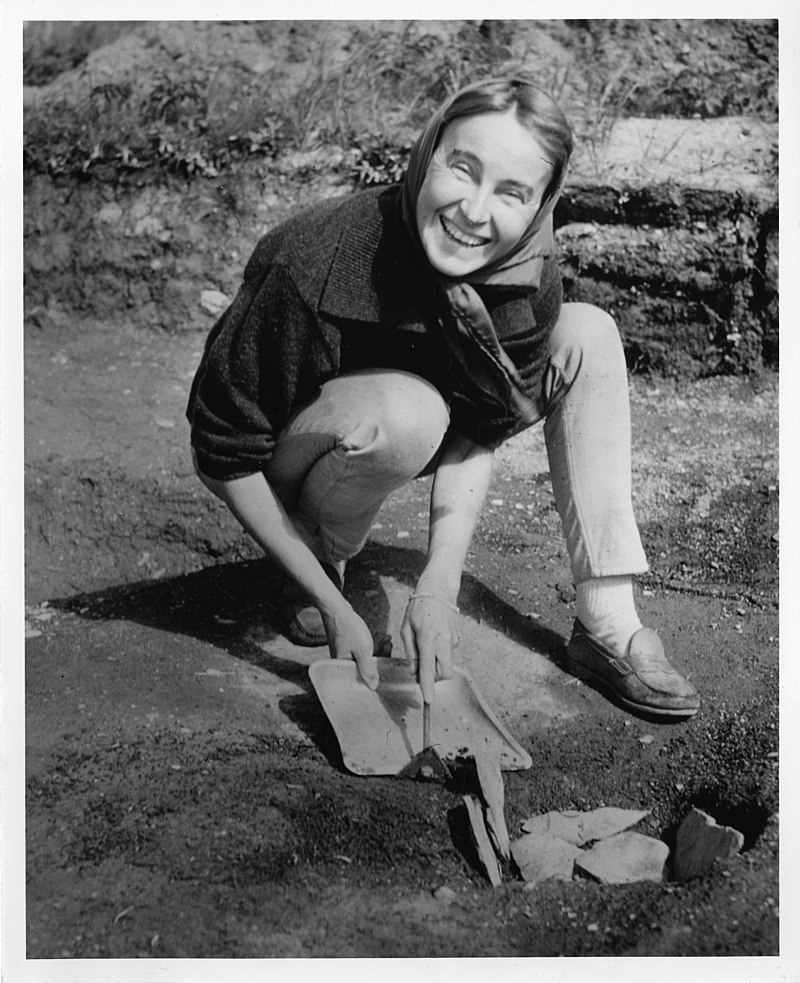 Leif Eiriksson, another man  born in Iceland, living his life in Norway, both parents born in Norway, heard about the landfall and in the year 1000 made landfall in America, some 15 years after Bjarni. Bjarni is one of my forefathers, and was as white as I am.

So quite a few Norwegians settled in L'Anse aux Meadows (on the northern tip of Newfoundland) and ived there for at least 25 years before they got tired and moved somewhere else, where we don't know.

This myth about Columbus, who never set foot on the American mainland (he came only to the Caribbean) should be abandoned.

The L'Anse aux Meadows site has been known in 60 years. It was discovered by Norwegian archeologists (pictured right, Anne Stine Ingstad) and should have stopped this Columbiana for good. He claimed that this was India, and then the Spaniards went for gold, not civilization.

James Fulford writes: We're called VDARE.com because of Virginia Dare, the first child of English parents born in what is now the United States of America, on August 18th in 1587. We say that she may be considered the foremother of the Historic American Nation, which is not descended from such rival claimants for the title of First Child as Snorri Porfinnsson  (allegedly born in “Vinland” in the eleventh century) and Martin De Arguelles,  born in a part of New Spain which is now St. Augustine, Florida. They were earlier, but they were not what America today is descended from—culturally.

I'm impressed, even awed by the courage of the Viking seamen who sailed across the Atlantic in the ninth, tenth, and eleventh centuries.

However, current European settlement in the Americas dates from Columbus's voyage. The Women's March would not have felt abliged to apologize for the number 985 or for that matter 1000 the way they did for $14.92: