From: Roger Williams [Email him] 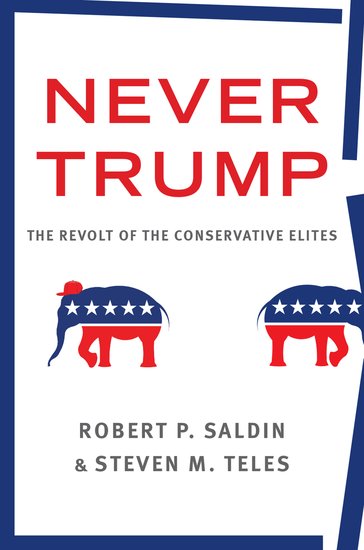 Jonah Goldberg [Tweet him] has a podcast where he often chats with people on the left.

Here he chats with Professor Steven Teles [Email him] who wrote a book about Never Trumpers.  VDARE.com and John Derbyshire come up very briefly, especially around the 40 minute mark, when Goldberg says "I knew about VDARE before the New York Times did".

Nothing terribly surprising in the podcast but it's interesting to listen to their inside take on Conservatism, Inc's purging and  censorship.

What got me angry was when Goldberg said NR was wrong at the time about the 1960s civil rights movement, which Buckley opposed, and spoke out against.  It ushered in official discrimination against whites and nation breaking Third World immigration.  I think old NR was right.

What was delicious was to hear their anguish and vexation at Trump's election.

James Fulford writes: There are lots of things to object to about Jonah's discourse, and Teles's book, but it seems that Jonah was never really conservative in the first place.

This is especially notable when he mentions "McCarthyism," and instead of defending McCarthy, says that some Democrats were just as "McCarthyite" including the guy the Las Vegas Airport is named after. That would be Senator Pat McCarran, who was not only a patriotic anti-communist, but an immigration restrictionist—see our coverage of the McCarran-Walter Act of 1952, which is what the Immigration and Nationality Act of 1965 repealed.