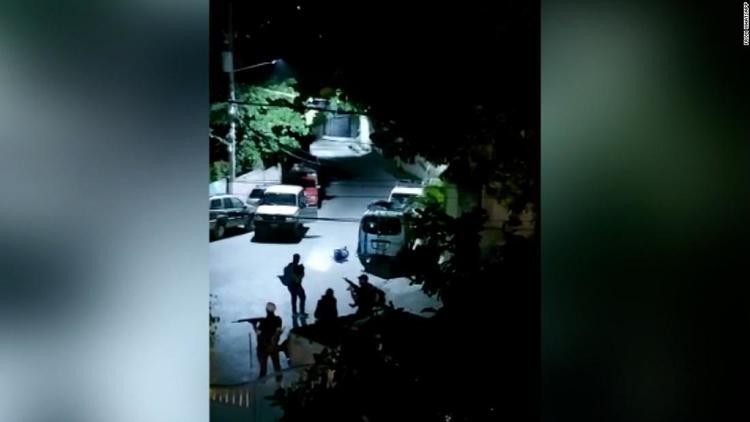 A Reader Says G. A. Henty Was Far Too Optimistic About Haiti's Prospects in 1899

Re: John Derbyshire’s blog post Was Henty Right In 1899: There's No Hope For Haiti?

From: Sean Mitchel [Email him]

John Derbyshire asks whether British adventure novelist G.A. Henty was right about Haiti in writing that, short of occupation by a white power, there was no hope for the black nation.

The intervening 12 decades have seen two American military occupations. The first of which, by the U.S. Marines, lasted from 1915 to 1934, but despite draconian measures, including the widespread imposition of forced labor, was unable to prevent Haiti from reverting to the chaos and squalor Henty described in 1899.

By 1966 Graham Greene’s novel The Comedians offered a sympathetic portrayal of Haitians’ lot under President Francois “Papa Doc” Duvalier (1957–71). And rightly so: Duvalier’s despotic rule was bolstered by the terror of his Tonton Macoute death squads and by widespread dread of his much-advertised Vodou (voodoo) prowess (Papa Doc patterned his public image after Baron Samedi, a powerful deity in the cult, and declared himself an “immaterial being” shortly after becoming President-for-Life).

The ouster of Duvalier did little to reform Haiti, and a second American occupation (optimistically designated “Operation Uphold Democracy”) in 1994 reinstalled President Jean-Bertrand Aristide, a Catholic priest and favorite of the Haitian masses, whose program, informed by “liberation theology,” included efforts to “normalize” Vodou.

But things soured when a powerful gang known as the Cannibal Army, which had played a role under Aristide analogous to that of the Tonton Macoute for Papa Doc, revolted against its patron. Disorder spiraled, and not long afterward Father Aristide fled (or was abducted by his American sponsors) for a quieter life abroad.

For the unconvinced, the State Department’s website provides a harrowing litany of activities and destinations to be shunned unequivocally by U.S. government workers, including: taking any public transportation or taxi, visiting banks and ATMs, driving at night, and traveling anywhere in Haiti between 1 a.m. and 5 a.m [Haiti—Level 4: Do Not Travel, State.gov, June 16, 2021].

Given the history of occupations by “a white power,” the answer to Derb’s question would seem to be: more than a hundred years ago, G. A. Henty was overly optimistic about Haiti.