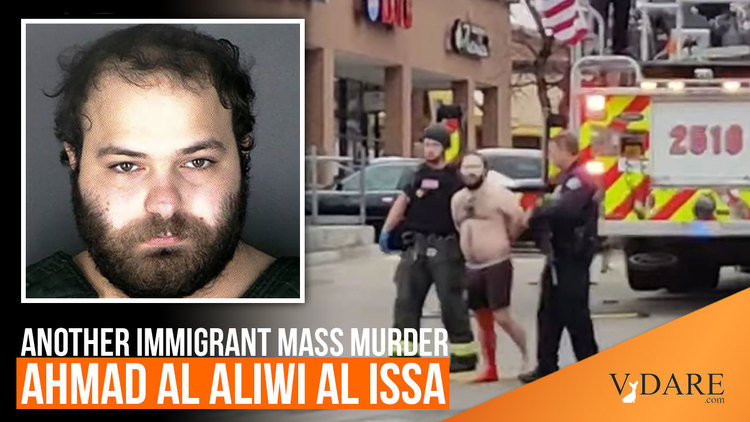 From: James Jatras [email him]

One note regarding James Fulford’s suggestion about dealing with Muslim immigration:

"It means starting with yanking the employment visas and Green Cards from immigrant[s] from Muslim countries—the same list used by both Trump and Obama for “travel bans”—after which they can get on a plane and go back where they came from." [Emphasis added]

If I may suggest, the issue is less "from Muslim countries," than Muslims—from anywhere. Who's more of a risk, a Christian from Egypt or Syria, or a Muslim from the UK or France?

Of course, if we had an immigration moratorium, it might not matter. But assuming we start somewhere, better to focus on the person than country of origin.

See my February 23, 2016 article  If He Doesn’t Like Trump’s Exclusion of All Muslims, Obama Must Exclude Advocates of Sharia and Caliphate at JihadWatch.