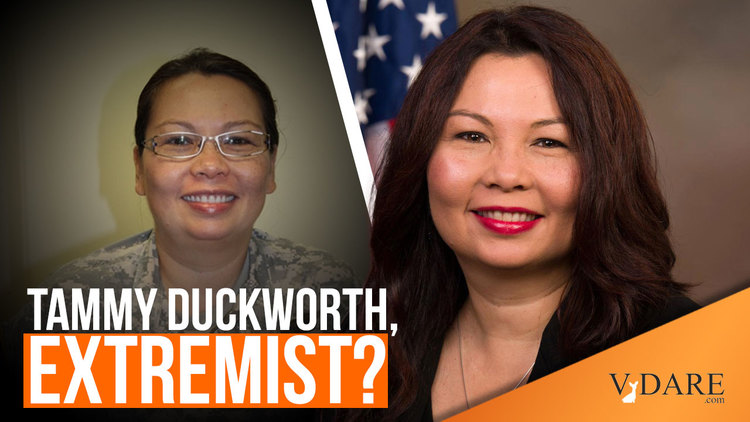 From Dale Gribble [Email him]

Aren’t we supposed to expel “extremists” from the Army?

“Racism” has always been against Army policy even in the bad old days when I was on active duty.

I think Senator Duckworth still has a Reserve commission.

If she is advocating racism in government hiring could that be a reason to take administrative action against her officer status?

James Fulford writes: Duckworth retired from the Reserves as a Lieutenant-Colonel in 2014, before her 2016 election. Army policy has been strongly against "racism" and pro-integration since at least the Truman Administration, but anti-white racism is always treated differently.

As for Duckworth, there's not much that the Army can do to someone retired and on disability, especially since she's a Senator, but if she were found to have attended an American Renaissance Conference, they'd think of something.