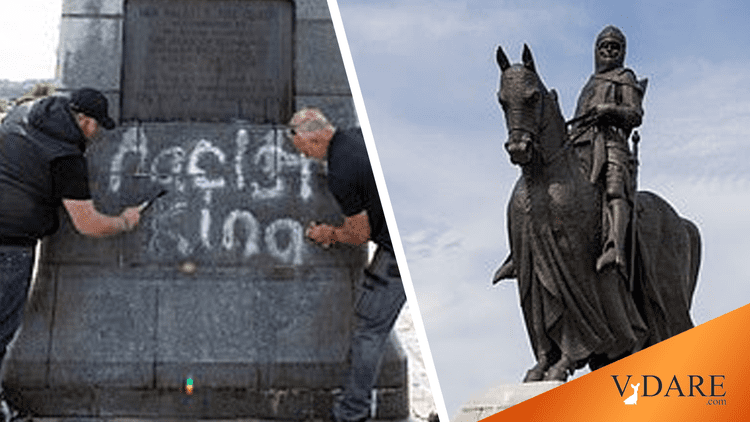 A Scottish-American Reader Says OF COURSE Robert The Bruce Wasn't "Racist"—NO BLACKS IN SCOTLAND IN 1274!

From: A Scottish-American Reader [Email him]

While I understand some aspects of the BLM movement in the USA, and the protests and demonstrations that have taken place elsewhere in the world in support of the American activists—perhaps some of these countries should look inward at their own racism—sometimes it just gets a little bit silly.

A case in point. A couple of days ago in Stirling, Scotland, vandals applied slogans to a statue there, including "BLM" and "racist king" among other things. 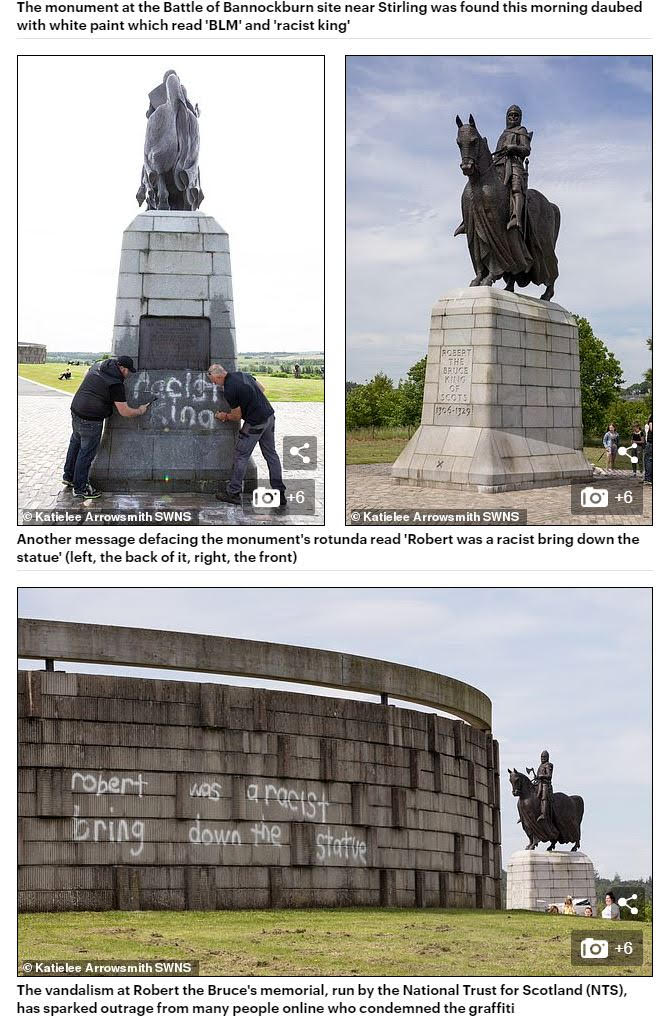 Which king was this? None other than Robert the Bruce, King of the Scots from 1306 to 1329. Now I am no historian, but I do recall that the first European to round the Cape of Good Hope and thus make contact with Africans in that region was Bartolomeu Dias—in 1488. I can find no reference to any Africans being present in Scotland during Robert the Bruce's reign. (Today, Black Scots—as they call themselves—account for only 0.7% of Scotland's population.) Robert spent most of his energies battling the English, who weren't black at the time, either. Of course, maybe the vandals had the Great Crusades in mind (usually taken to span the years 1096 to about 1270), but Robert wasn't born until 1274 and wasn't a participant in those Middle East campaigns against the Muslims.

Hey statue defacers: Maybe read a history book first. But Whoa! The Stirling vandals were probably a gang of English soccer fans still angry about the outcome at Bannockburn!

The reader's Scottish father emigrated to the United States (like Donald Trump's Scottish mother) before the Immigration and Nationality Act of 1965, when National Origins quotas favored people who were related to the Historic American Nation.