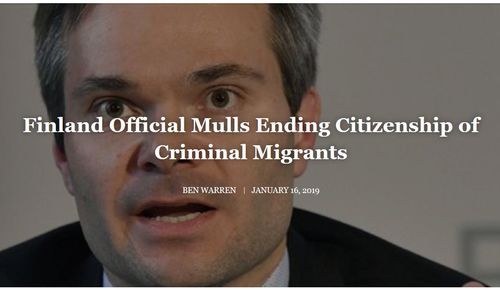 From: A Texas Reader [Email him]

In Finland, the government is talking about denaturalizing criminal immigrants after "a series of rape and child abuse cases currently rocking the country where all the suspects are either refugees or asylum seekers", according to Infowars.

It's crazy what the elites have done to Finland and the rest of Western Europe.

I visited Helsinki in the fall of 1978 with some university classmates.

I felt completely safe walking around the streets of Finland with a Finn we had befriended on the overnight ferry from Stockholm to Helsinki. He spoke fluent American English as he had been a high school exchange student in Kansas.

Ditto for my visit to Stockholm.

Double ditto for my visit to Oslo.