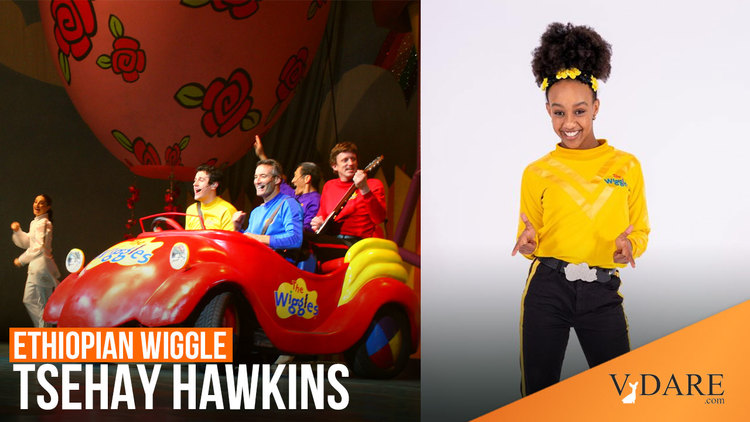 An Australian Reader Reports The Wiggles Have Now Diversified, With An Ethiopian Immigrant, And A Non-Binary Unicorn

Once upon a politically incorrect time (way back in 1991), four white Australian guys founded the Wiggles, an insanely popular, pre-education children’s entertainment troupe, but now the Diversity Commissars have put the nail in the coffin of the all-white group.

With the retirement of the first female Wiggle, Emma Watkins, the latest addition to the Aussie phenomenon (which once toured the U.S. as the support act for Barney the Dinosaur!) is, hold your surprise, 16-year-old Tsehay Hawkins, who hails from Ethiopia as an adoptee by Mr. and Mrs. Hawkins.

I may never write a story viewed by this many people again. #Wiggles @abcnews https://t.co/Dujzp7SCVv

Their support cast of animal characters has also been “improved” by the addition of a unicorn named Shirley Shawn, who was “assigned female at birth” before transitioning to “non-binary.”

Just what Australian children’s television has needed for so long—a transgender unicorn and an Ethiopian import.

As for Tsehay, I wonder which of the remaining white Wiggles she”ll stab first?