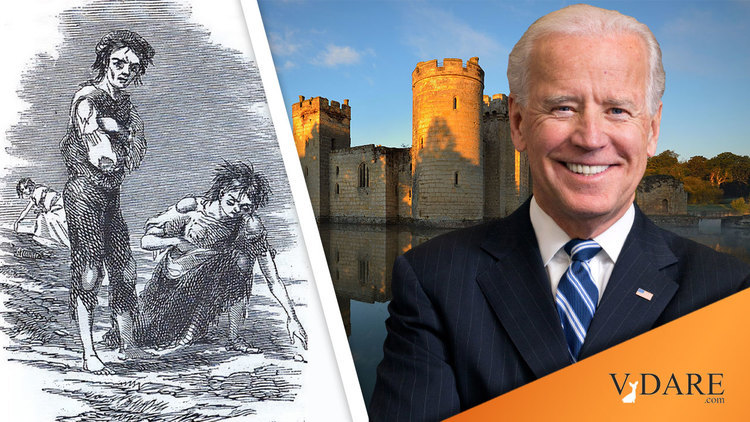 Re: James Fulford's Alienism: Anglo-Saxon Biden Blames His Own Sussex Kinfolk For The Irish Famine

From: Matthew Slater [Email him]

I'm English, and would like to ask what the British were doing that caused Joe Biden's ancestors, the Finnegans, to flee Co. Louth during the Irish Famine era. The British did not start the potato blight deliberately. Although Britain probably could have done more to save people, they did quite a lot with food distribution and employment of the destitute in public works—much more than was usual to do in an age before welfarism. They did not just let the people die. The British civil servant in charge of Famine relief, Charles Trevelyan, has received much of the blame for Famine deaths. He wrote:

The greatest evil we have to face is not the physical evil of the famine, but the moral evil of the selfish, perverse and turbulent character of the Irish people.

Our measures must proceed with as little disturbance as possible of the ordinary course of private trade, which must ever be the chief resource for the subsistence of the people, but, coûte que coûte, the people must not, under any circumstances, be allowed to starve.

The number who died of starvation is not 1m, as the IRA says, but 45,000 (according to Ireland's own Famine expert, Cormac Ó Gráda), with a further 55,000 dying of scurvy (lack of vitamin C; the cheap Indian corn distributed by the British, unlike potatoes, contained no vitamin C; although vitamin C was not discovered until 1937, and the distribution of Indian corn was not an attempt to kill people off via scurvy); and a further 900,000 died of diseases including dysentery, typhus, typhoid, cholera, etc. Literally boiling water before you drank it would have saved countless lives. As far as I know, in all famines, the numbers who die of disease dwarf those who die of starvation.

The British did nothing to Co. Louth or the Finnegans. This is just Provo propaganda. Is America sliding into a geopolitical relationship of hostility to Britain? We know America is becoming rapidly non-white - will such a non-white polity be a natural ally of Great Britain? I think Ireland faces its own problems with multiculturalism and I hope the British and the Irish eventually make common cause against globalism, but this is not helped by Ireland's reflexive anti-Britishness. As they say in Ireland, "England's difficulty is Ireland's opportunity."

James Fulford writes: There's an Irish writer named Tim Pat Coogan, who wrote a book claiming that the Famine was an English plot against the Irish, which I discussed here in  Kathy Shaidle: "The Irish Genocide Sweepstakes"—Tim Pat Coogan's Anti-British Blood Libel. 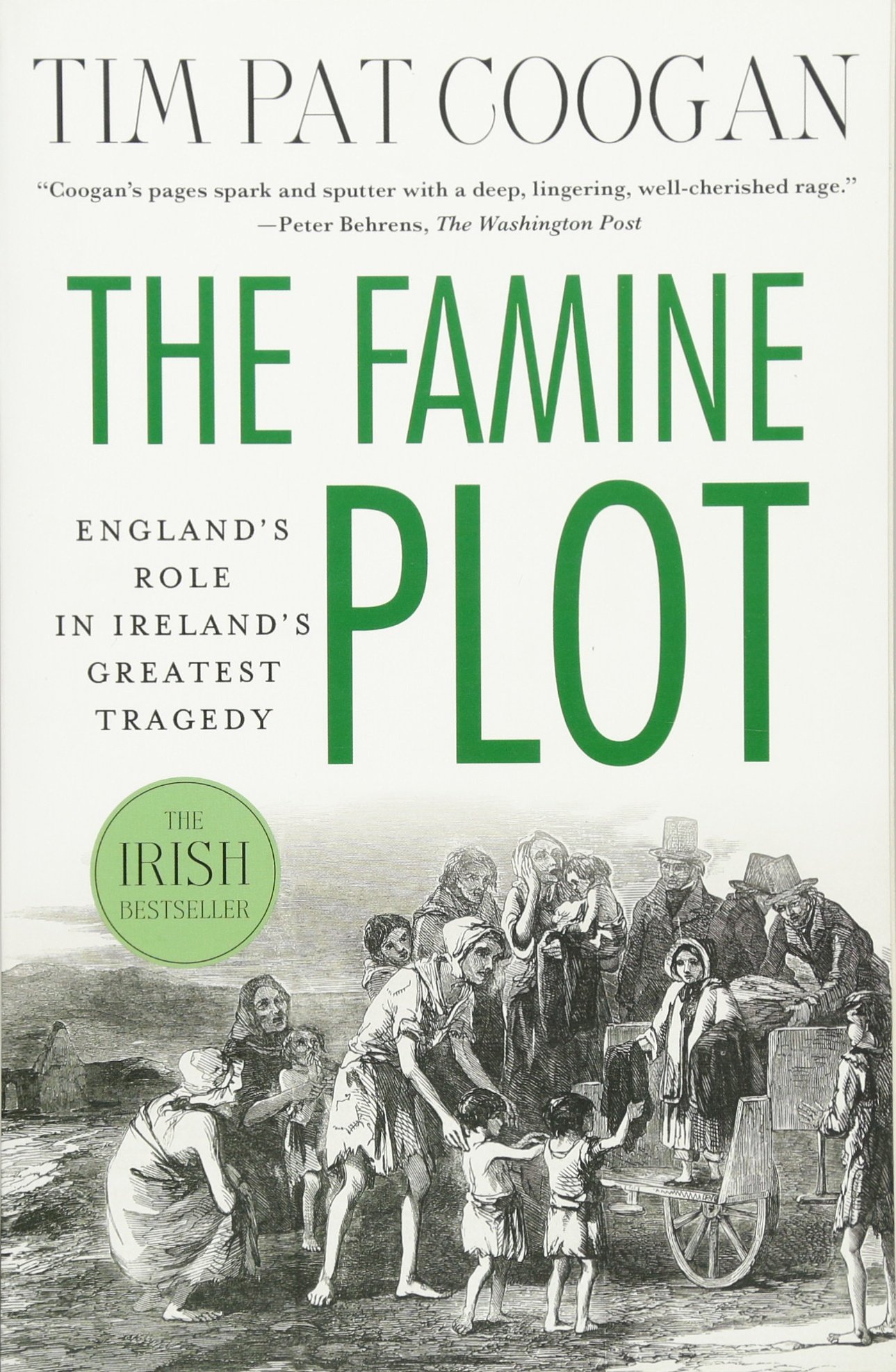 [T]here is not much doubt that in the matter of the Irish famine, some blame must fall on the British governments of the time. Exactly how much blame is a matter of lively argument among historians. There is an extremist position—not held, I think, by any honest scholar—that the Famine was an act of British policy. That is preposterous. The personalities of the political actors involved are all well known from their own letters and writings, and from the reports of their contemporaries, both friend and foe: none of them was of a type to contemplate anything so monstrously wicked.

Emphasis added. There is no conflict between the statement that the extremist position is not held by "any honest scholar" and the news that it's held by Tim Pat Coogan.

I did a column about the Famine Irish and their emigration to North America—which killed a lot of North Americans with cholera—in 2001. It was called "The Camp of Saint Patrick..."