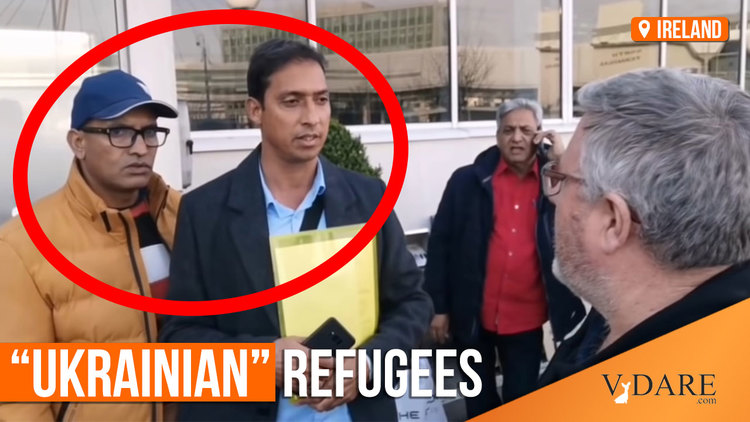 From: Ruaidhri  MacCraith [Email him]

The suicide of the West.

My wife and I spent a month in Ireland in the early 1980s, first visiting all our ancestral areas in the west and then traveling around the entire island.  In the areas where our people came from we again and again saw a person who looked strikingly like someone in our families.  It was almost eerie.  Recent DNA studies have demonstrated those Irish in the west come from family lines who have been in those areas for hundreds of years, and probably back some twenty-five hundred years to the arrival of the Gaels in Ireland.  But we found the people throughout Ireland, for the most part, had very similar looks.  I would joke that there were only four or five types and then the types would repeat.  For me it was like being a kid again and surrounded by aunts and uncles and cousins.  It was comforting—my sept, my clan, my people.

Now, Ireland has made the possibly fatal mistake of joining the EU and immigrants and refugees are flooding into the ancient Gaelic kingdom, including these scam artists in the video posing as displaced Ukrainians.

I suspect our ancestral areas in the West of Ireland, rural and still partly Gaelic-speaking, will be the last to suffer demographic change, but Dublin is doomed.  I would have thought that the Irish would have learned from the demographic disaster in England but, unfortunately, that's not the case.  It breaks my heart.