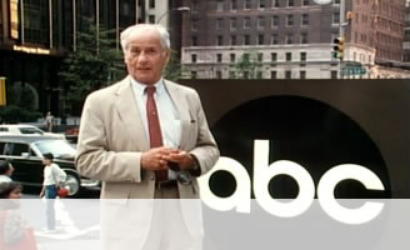 Another bit from the late Daniel Seligman's Keeping Up column inFortune:

An unusually compelling statistic suddenly leaped out of the TV set the other night, lodged in the present writer's cortex, and insistently demanded to be memorialized in Keeping Up. "By the age of 18," the man on the tube was saying, "the average kid has seen businessmen on television attempt over 10,000 murders."

The man was actor Eli Wallach, and his memorable line had been supplied by Manifold Productions, creators of Hollywood's Favorite Heavy: Businessmen on Prime Time TV ,a documentary that was underwritten by Mobil and other anti-anti-business institutions and is now being aired on public television. The program includes quite a few film clips from prime-time drama, so you get to see lots of managers and entrepreneurs tossing off lines like "Make him disappear," "I want this guy to have an accident," and "I'm making a final offer: Sell or die," all of which seem reasonably representative of the badinage a fellow keeps coming across while flipping over to the baseball game. Still, 10,000 attempted murders is a lot of attempted murders, even for your average highly motivated profit maximizer. Could that number possibly stand up?

Having now looked at some of Manifold's sources, we rate it unproved and yet awesomely plausible and maybe even conservative. One source was a study called Prime Time Crime, published by the Media Institute in 1983. It was prepared by Linda and S. Robert Lichter — both are scholars at George Washington University — and based on a sizable sample of television dramas. The study persuasively develops the following propositions:

First, crime is a far greater theme on TV than in the real world: The 263 programs reviewed by the Lichters showed 250 criminals committing 417 crimes. Second, murder is heavily overrepresented in TV crime: Homicides accounted for almost 25% of the crimes in the Lichters' sample (vs. less than 1% in FBI crime reports). Third, business is wildly overrepresented among TV criminals: It was responsible for 26% of all the murders, for example. Also upping the unreality quotient was another finding of the study: that characters who are young, poor, unemployed, or nonwhite hardly ever commit violent crimes on the tube. For those seeking reality in prime time, we continue to recommend the ball game.