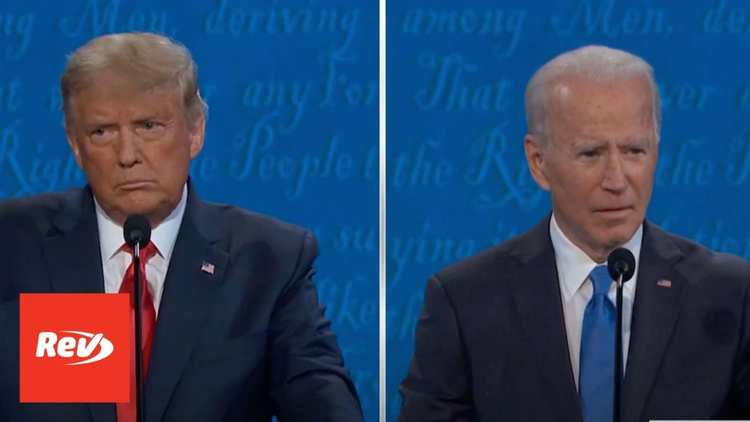 President Donald Trump turned in a restrained, respectable performance at the debate tonight. If he was winning, it was probably the right tone. The polls say he's losing; he doesn't believe them. We will just have to see. Joe Biden also made a critical error when he claimed that he never supported a fracking ban, when we have it on video that he did.

What we know, with absolute certainty, is that Joe Biden would pass a nation-busting amnesty for tens of millions of illegals occupying our country. Biden cited the 11 million figure, but we know the number of illegals is far higher. Such an amnesty would also encourage additional illegal immigration. Interestingly, Biden also seemed to throw his former boss, President Barack Obama, under the bus with his answer.

That comment that "I've changed" was like a knife to the heart of every MAGA supporter from 2016.

However, to his credit, President Trump showed a real understanding of the problem that illegals simply skip their court hearings once they are released into the country. Joe Biden claimed, "They showed up for a hearing." This isn't true. And Trump knows it.

So important. It just shows that he has no understanding of immigration, of the laws. Catch and release is a disaster. A murderer would come in. A rapist would come in. A very bad person would come in. We would take their name. We have to release them into our country. And then you say they come back. Less than 1% of the people come back. We have to send ICE out and Border Patrol out to find them. We would say, “Come back in two years, three years. We’re going to give you a court case. You did Perry Mason. We’re going to give you a court case.” When you say they come back, they don’t come back, Joe. They never come back. Only the really… I hate to say this, but those with the lowest IQ, they might come back, but there are very, very few.

Of course, a real country would be able to enforce its immigration laws. We shouldn't even be debating this. The framing of the questions so that the illegals were always portrayed as victims was nauseating.

President Trump has accomplished some notable reforms. But we have not seen mass deportations, the elimination of birthright citizenship, or a remittance tax. It's worse than disappointing, it's infuriating. But Biden's sociopathic indifference to the fate of this country and his guarantee of amnesty is far, far worse.