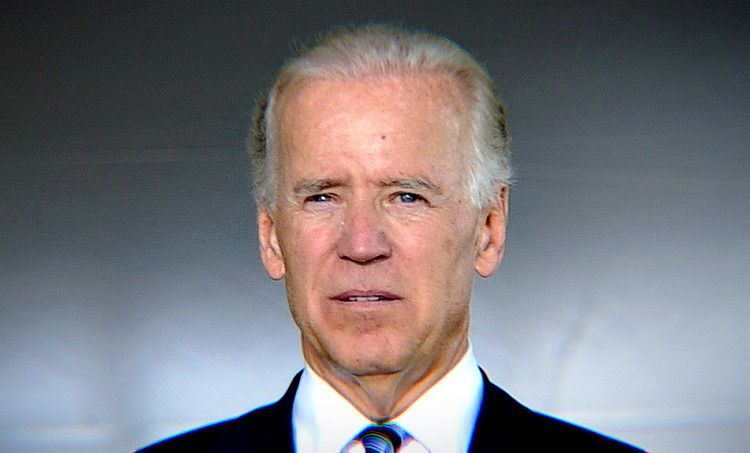 Biden's Low IQ: How Dumb Is He? Everyone Should Be Starting To Notice!

This just came up again, after possible candidate Joe Biden said something stupid:

This is especially amusing since Biden once told a man who confronted him about misrepresenting his academic record, “I think I probably have a much higher IQ than you do, I suspect. . . . I’d be delighted to sit down and compare my IQ to yours, if you’d like.” https://t.co/G6UBC29LxZ

Biden is always saying something stupid, and then claiming to be a genius.

Biden keeps getting a golden pass for his half-oaf, half-ogre shtick.

Last year, when a Milwaukee, Wis., custard shop owner told Biden that Washington should lower his taxes, Biden snapped that he was a "smartass." Biden's apologists played it off as a joke. But he set the imperial tone with voters two decades ago during his failed presidential run, when a New Hampshire citizen named Frank asked him about his lousy academic record. "I think I probably have a much higher IQ than you do, I suspect," Biden hissed before falsely claiming he graduated in the top half of his law school class.

Steve Sailer blogged on it in 2008, noting an already very old NYT article on Biden that

...reads like a transcript from the old "Mr. Show" comedy series, which was a sort of American Monty Python. Bob Odenkirk and David Cross often appeared as characters uncomfortably apologizing for not being totally accurate in their previous statements:

The tape, which was made available by C-SPAN in response to a reporter's request, showed a testy exchange in response to a question about his law school record from a man identified only as ''Frank.'' Mr. Biden looked at his questioner and said: ''I think I have a much higher I.Q. than you do.''

He then went on to say that he ''went to law school on a full academic scholarship - the only one in my class to have a full academic scholarship,'' Mr. Biden said. He also said that he ''ended up in the top half'' of his class and won a prize in an international moot court competition. In college, Mr. Biden said in the appearance, he was ''the outstanding student in the political science department'' and ''graduated with three degrees from college.''

In his statement today, Mr. Biden, who attended the Syracuse College of Law and graduated 76th in a class of 85, acknowledged: ''I did not graduate in the top half of my class at law school and my recollection of this was inacurate.''

''With regard to my being the outstanding student in the political science department,'' the statement went on. ''My name was put up for that award by David Ingersoll, who is still at the University of Delaware.''

In the Sunday interview, Mr. Biden said of his claim that he went to school on full academic scholarship: ''My recollection is - and I'd have to confirm this - but I don't recall paying any money to go to law school.'' Newsweek said Mr. Biden had gone to Syracuse ''on half scholarship based on financial need.'' ...

As for the moot court competition, Mr. Biden said he had won such a competition, with a partner, in Kingston, Ontario, on Dec. 12, 1967.[Biden Admits Errors and Criticizes Latest Report, By E. J. Dionne Jr. September 22, 1987]

To clear up the remaining issue, we can only hope that "Frank" will now emerge from his 20 years of obscurity to challenge the VP nominee to see who gets the highest score on a free Tickle online IQ test.

When Rudy Giuliani called Biden a "mentally deficient idiot" in 2018, Democrats (and Meghan McCain) reacted as if he was saying Biden was literally retarded, and this was a horrible slur:

Asked about a potential Biden-Trump match-up in 2020, Giuliani told HuffPost in an interview posted Friday that "Joe Biden is a moron. I'm calling Joe Biden a mentally deficient idiot."
Meghan McCain, a co-host of ABC's "The View" and Republican Sen. John McCain's daughter, came to the former Vice President's defense on Friday.
"I am disgusted by Giuliani's abhorrent and idiotic comments about Joe Biden," Meghan McCain tweeted. "Joe Biden is one of the great political leaders of all time, one of the truly decent men left in politics - and someone my family has looked to for strength during the most difficult time in our lives."

That is fairly typical of Biden's status as a media-protected person. Biden probably does have an IQ over 115—you have to, to graduate from law school at all. I doubt if he's gotten any smarter in the  half a century since he did any academic work. (He's 76 years old.) The thing is, he's been known to be stupid, and lying about it, since 1987, which is now 32 years ago. And we're still not supposed to Notice.