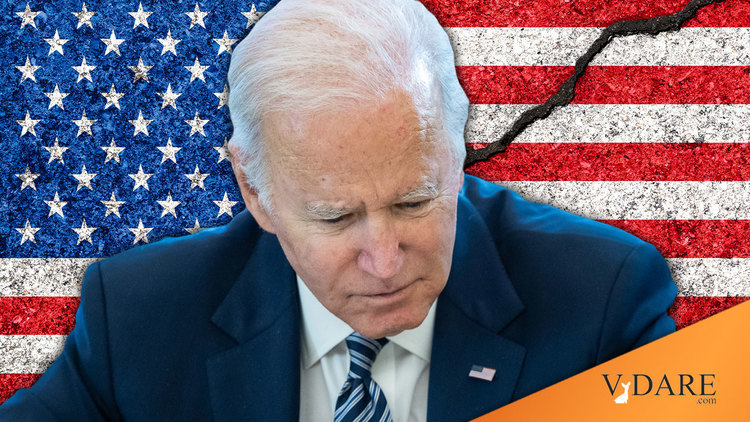 Confidential polling data obtained by The New York Times underscores the biggest challenges for President Biden and his party as they face the prospect of losing power to Republicans on Capitol Hill.

Despite the warnings, President Biden and his top advisers have struggled to move aggressively to confront immigration or inflation.

WASHINGTON — President Biden enjoyed high approval among Americans in the early months of his presidency. … But privately Mr. Biden’s lead pollster was already sounding the alarm that even with the early successes, certain gathering threats could sink support for the president and his party.

“Immigration is a growing vulnerability for the president,” John Anzalone and his team warned in a package of confidential polling, voter surveys and recommendations compiled for the White House. “Voters do not feel he has a plan to address the situation on the border, and it is starting to take a toll.”

Within a month, there was another stark warning. “Nearly nine in 10 registered voters are also concerned about increasing inflation,” said another memo obtained by The New York Times.

The series of confidential polling data and weekly memos presented to Mr. Biden’s inner circle from April of last year to January of this year provides a road map of the declining support of a president whose initial legislative proposals spurred comparisons to the New Deal or the Great Society.

Despite the early warnings from his pollster, Mr. Biden and his top advisers have struggled to prevent either issue from becoming a major political liability. His economic team said inflation was temporary. Turmoil among his immigration aides delayed any serious action to address the border.

… The Homeland Security Department released a plan last week for how the administration would approach the border after lifting a Trump-era public health rule that empowered border agents to turn away migrants.

… When Mr. Anzalone sent the warning last spring that “immigration is the only issue where the president’s ratings are worse with our targets than with voters overall,” the Biden administration was struggling to move thousands of migrant children out of border facilities and into shelters.

His administration had a plan to address the root causes of migration in Central America and establish an orderly, compassionate system at the border, the president said. “But it’s going to take time,” Mr. Biden said during his first news conference as president.

Behind closed doors, his top aides debated throughout the spring and summer how fast to unwind Trump-era policies and what kind of system to replace them with. In July, even as the administration made progress in moving minors from the border facilities, Mr. Anzalone’s research showed the issue was causing anxiety among voters.

A memo on July 9 pointed to immigration and crime as two major weaknesses for Mr. Biden.

Three days later, the president held a meeting on policing with Eric Adams, who would win the New York City mayoral election months later by making public safety a focus of his campaign. Mr. Biden has also encouraged localities to invest millions of dollars of coronavirus stimulus funds into police departments — an initiative that was unlikely to have an immediate impact on violent crime.

Unlike addressing the root causes of migration from Central America, which should turn Honduras into Norway real soon now.

But the pollster warned that while the president’s performance on the coronavirus and the economy remained strong, “violent crime has edged out the coronavirus pandemic as the top crisis.”