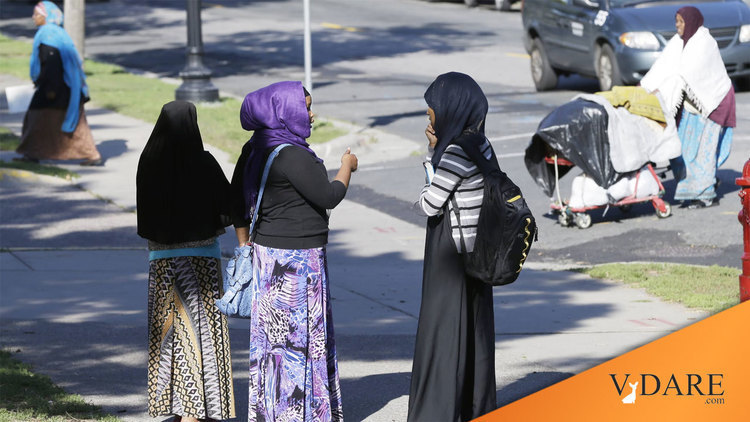 Logical Meme has posted a lucid essay on the state of the Birthright Citizenship controversy, pointing out that America's continued blunder in this area is now completely anomalous set against the policies of, for instance, the EU countries. VDARE.com has long had an interest in this question, the jugular of the effort to transform the American Nation. Over four years have passed since we published Nathaniel Parker's Weigh Anchor! discussion of the peculiar history of this devastatingly irresponsible bit of judicial legislation. At the time the issue was little known and undiscussed. This may prove to have been VDARE.com's most influential posting.

Logical Meme concludes with a particularly juicy quote from Michele Waslin of the National Council of La Raza (which of course opposes reform):

“It’s an issue that we are very concerned about...This was always seen in the past as some extreme, wacko proposal that never goes anywhere....But these so-called wacko proposals are becoming more and more mainstream—it’s becoming more acceptable to have a discussion about it.”

(Another valuable Logical Meme posting was a couple of days earlier: Springfield MA's 15 Minutes of Fame amplifying from the perspective of a resident on the recent New York Times story on the problems caused there by the failings of the town's Somali immigrants. This has also been a long standing VDARE.com interest.)